The collection has been loaned to the IBCC Digital Archive for digitisation by Angela Sadler and Pamela Hickson and catalogued by Trevor Hardcastle. 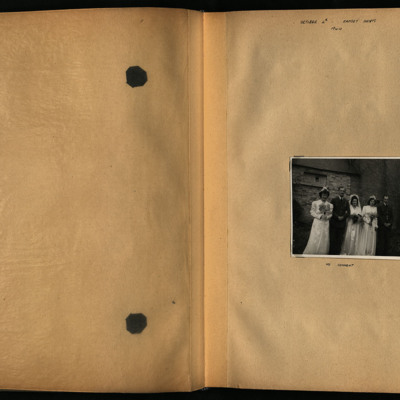 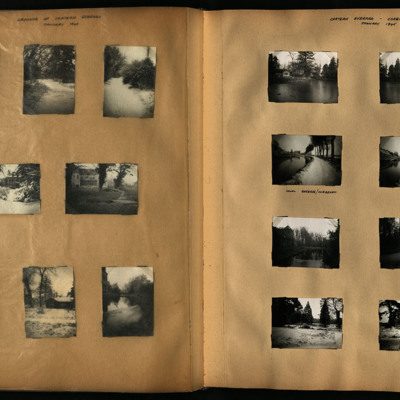 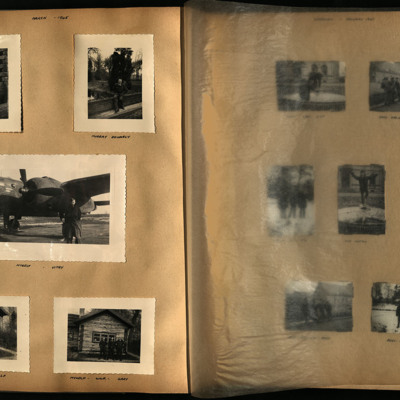 Five pictures of 226 Squadron aircrew around the chateau and airfield. Page captioned 'March 1945' 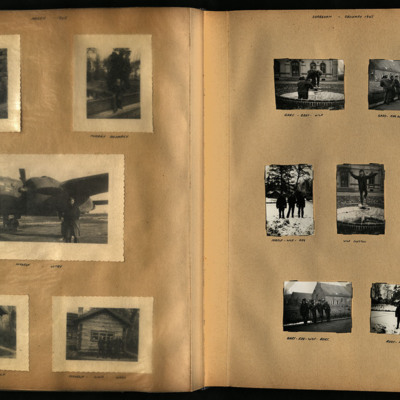 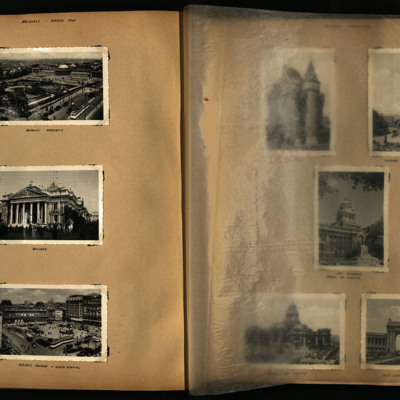 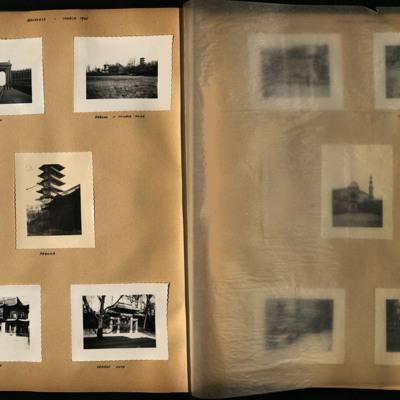 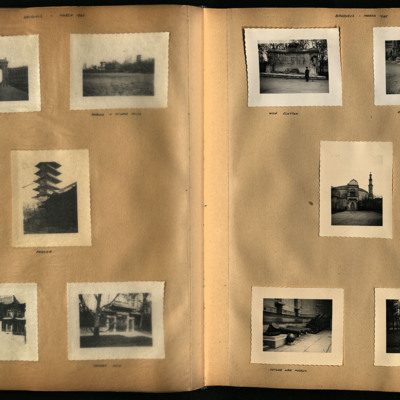 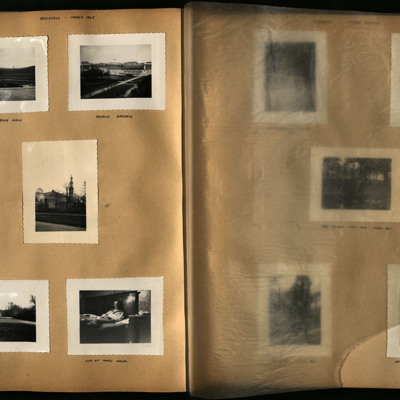 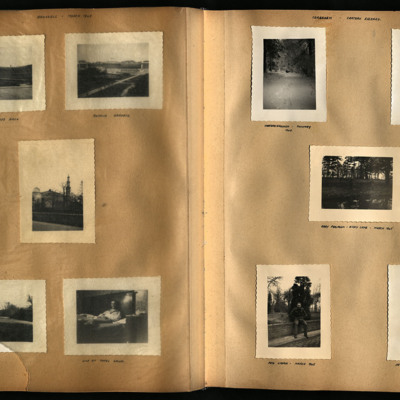 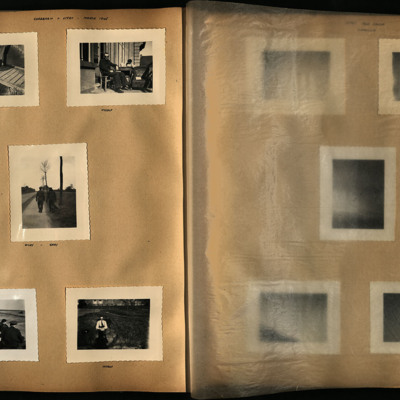 Five small photographs, first of individual on a landing stage , captioned 'Wilf'. Second is Dennis sitting at a table outside a cafe,captioned 'Myself'.
Third is two individuals, taken from behind, walking on a path next to a road, trees, fields… 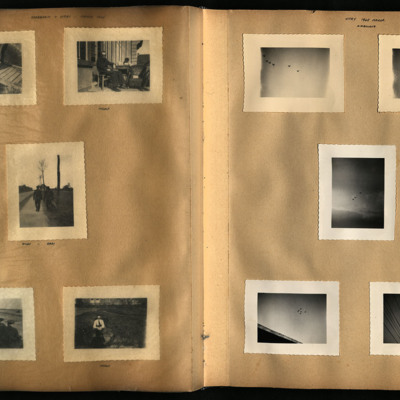 Five photographs of B-25 formations from the ground, page caption 'Vitry 1945 March Airborne'. 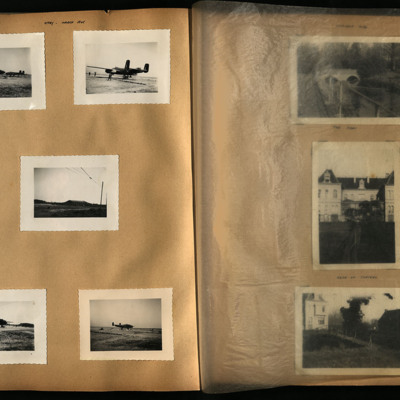 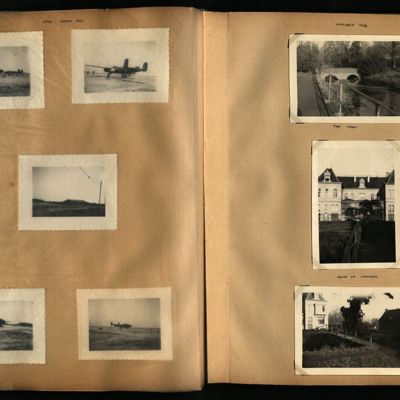 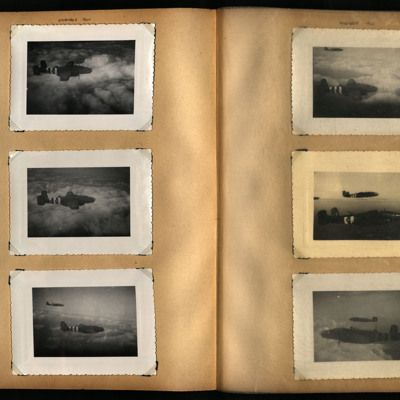 Six small photographs of B-25s in flight, some of single aircraft others of a formation of two or three. Pages captioned 'November 1944'. 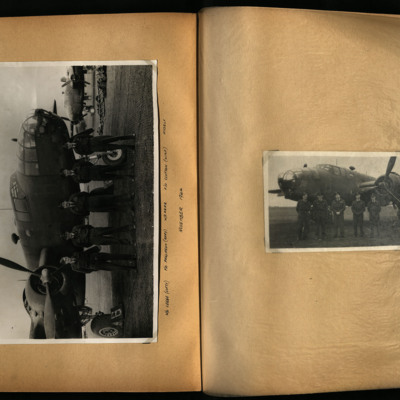 Two photographs, the first with the crew standing in front of the RH side of the aircraft nose with other B-25s in the background, crew named, 'W/O Legge (Lofty), F/O Phillipson (Gary), W/C Kerr, F/O Clutton (Wilf), Myself, November 1944'. 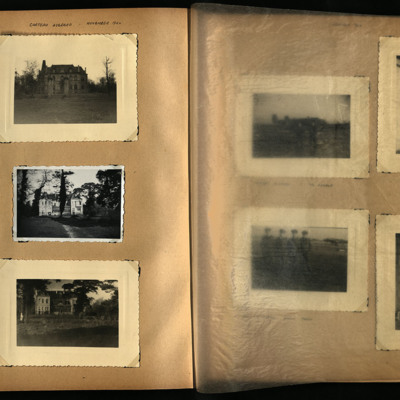 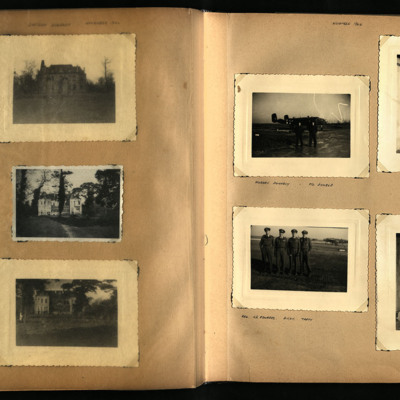 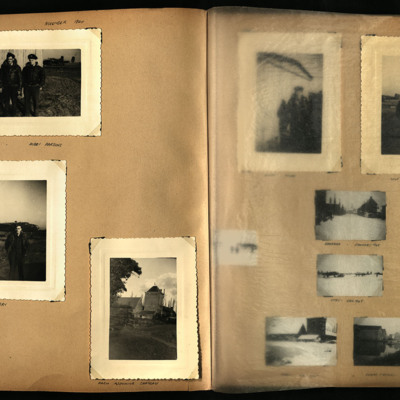 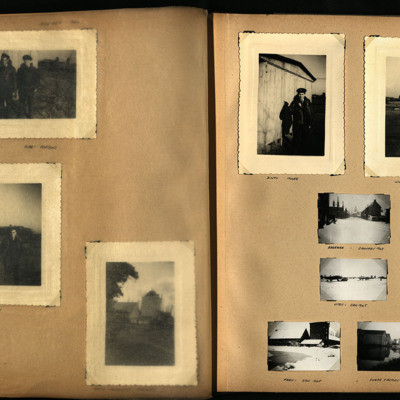 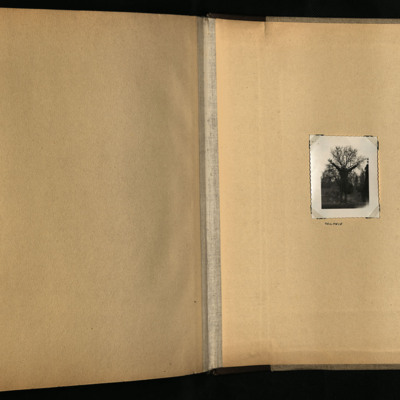 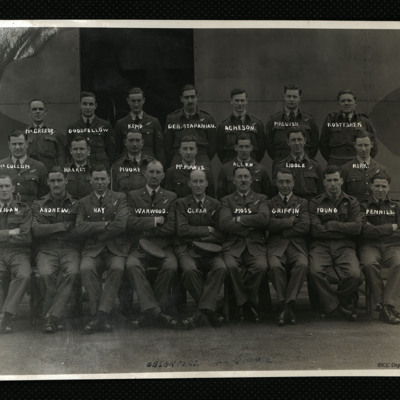 Course photograph of observers, 23 individuals, some sergeants some officers posed in three rows in front of a camouflaged structure. On the reverse RAF stamp but no unit or date, two stickers Bristol 01 and 0274. 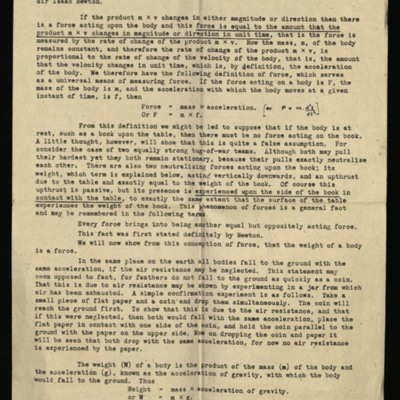 Two pages of technical notes. Page three and four from a paper on Newton's laws.

Flying log book for Dennis Denton covering the period from 3 May 1941 to 8 March 1945. Detailing his flying training and operations flown. Includes a map of part of France including the Vitry area, his Gunnery Course results, Certificates and… 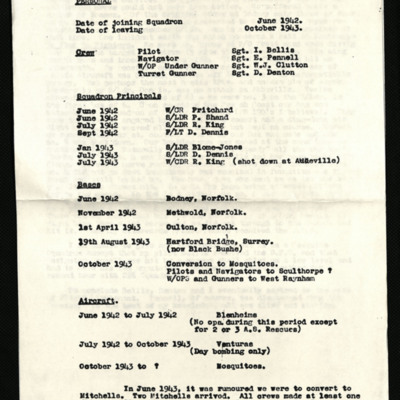 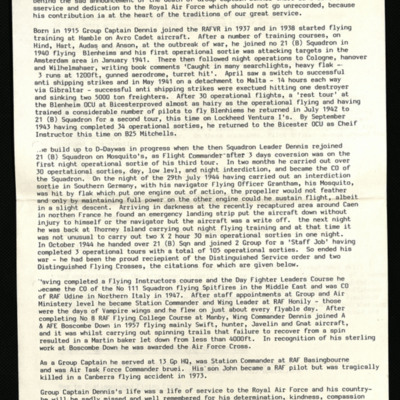 Two typewritten pages, one is an obituary for Group Captain DF Dennis DSO, DFC and bar, AFC, RAF (Retd), the other are the extracts from the London Gazette reporting the award of his DFC, DSO and Bar to DFC.
View all 79 items