Four men under wing of an Avro Ten 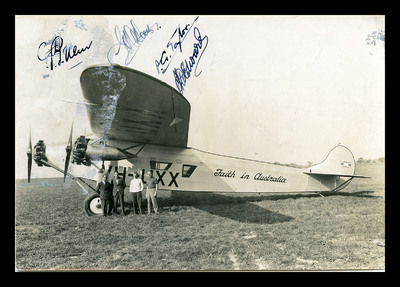 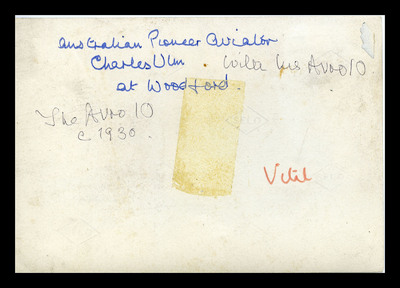 Four men under wing of an Avro Ten

Four men standing in line under the engine and port wing of a three engine monoplane with enclosed cabin parked on grass, registration VH-UXX, 'Faith in Australia'. Four signatures above the wing. On the reverse 'Australian pioneer aviator Charles Ulm with his Avro Ten at Woodford. The Avro Ten c 1930'.