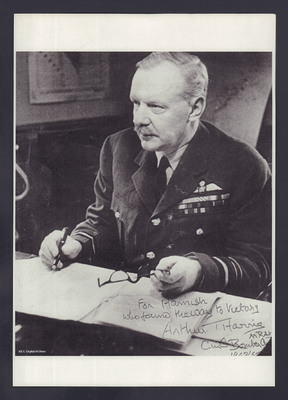 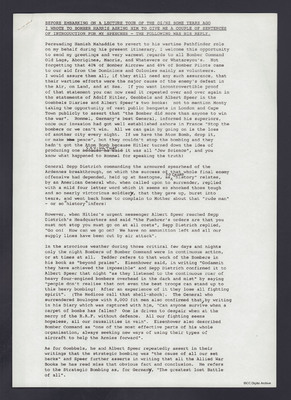 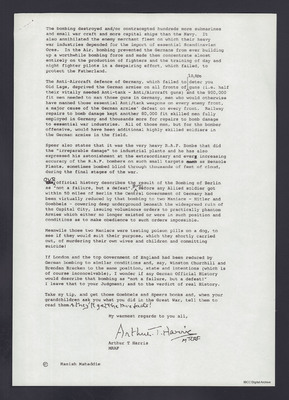 Notes written by Arthur Harris to Hamish Mahaddie about Bomber Command. Included is a signed photograph of Arthur T Harris.

One photograph and two typewritten sheets