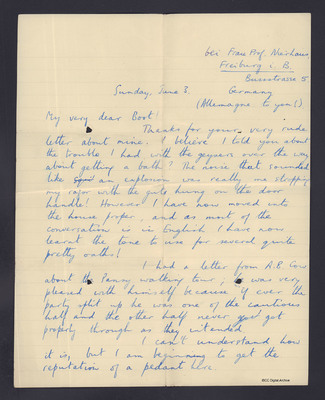 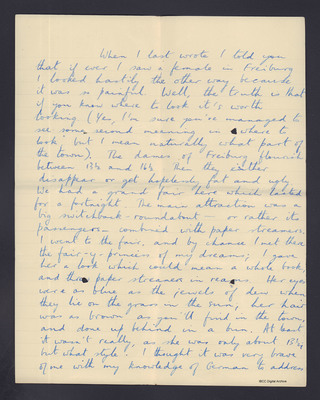 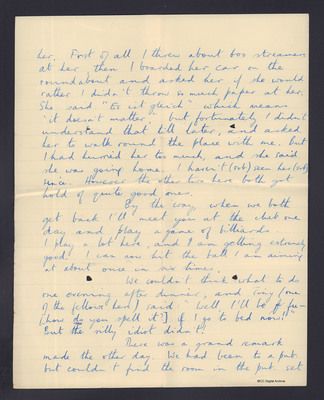 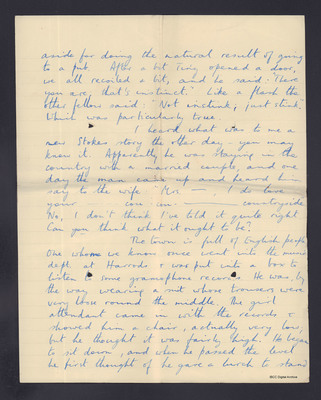 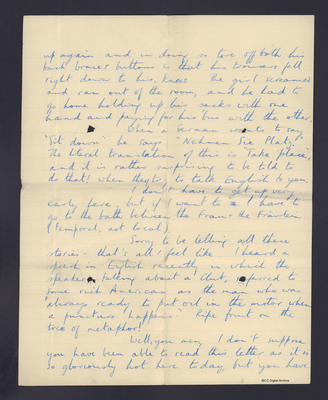 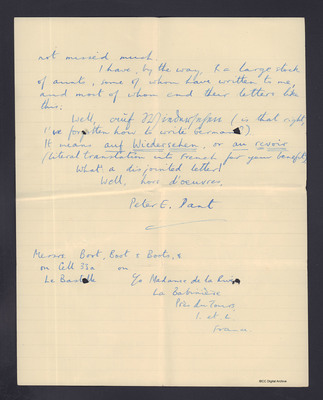 Letter to David Donaldson who was in France on a cycling holiday from a former school friend who wrote from Germany relating some of his experiences. Additional information about this item was kindly provided by the donor.