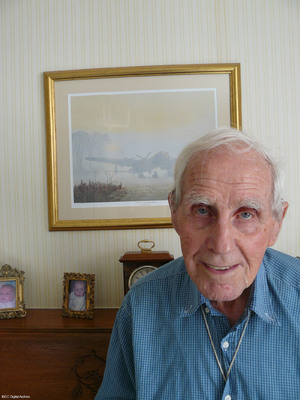 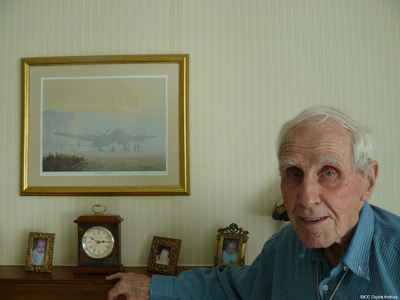 Eric was born in 1924 in West Derby, Liverpool and volunteered for the Royal Air Force at the age of 17 and a half, finally being called up in January 1942 where he became a navigator / bomb aimer on Lancasters. After completing his training in Canada, Eric was posted to 12 Squadron at RAF Wickenby. Eric tells of the crewing up process, and recollects receiving a brand-new Lancaster, Y-Yoke which was lost after only six operations. Eric flew 27 operations, and took part in Operation Manna and Operation Dodge. He flew in N-Nan which survived 100 operations. He was then posted to Transport Command flying the York, before being posted back to Bomber Command. Eric recollects flying B-29s at RAF Wyton, his training in the United States and the transatlantic crossing. Eric left the Royal Air Force in August 1964, having completed 22 years of service, and took up teaching.