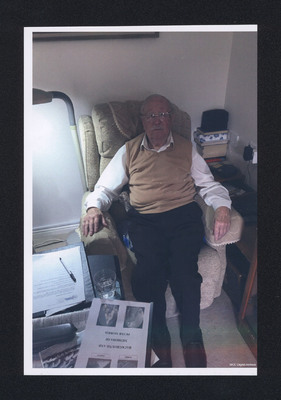 Peter Morris lived through the East End blitz. He joined the ATC as soon as it was established and applied to join the RAF as aircrew. He was accepted for training as a navigator. While waiting for a course he was part of a group that was sent to repair bomb damage from the V-1 attacks and was then sent to support the armourers at RAF Waterbeach by working on the bomb dump. Peter finished his training just as VE day was celebrated and then was sent to prepare for the Far East just before VJ Day. Peter became an instructor and was also posted on to Coastal Command where he took part in air sea rescue operations.