16 items. The collection concerns Sergeant Albert Victor Ansell (-1943, 1390280 Royal Air Force). It consists of his logbook, notification of awards, correspondence from the air ministry and ten photographs. He trained in the United States and flew as a navigator with 57 Squadron from RAF Scampton. His Lancaster crashed on an operation to Essen 30 April/ 1 May 1943. Its remains were discovered in the Zuider Zee in 1978.

The collection was loaned to the IBCC Digital Archive for digitisation by Vicki Ansell and catalogued by Terry Hancock and Nigel Huckins.

Additional information on Victor Ansell is available via the IBCC Losses Database. 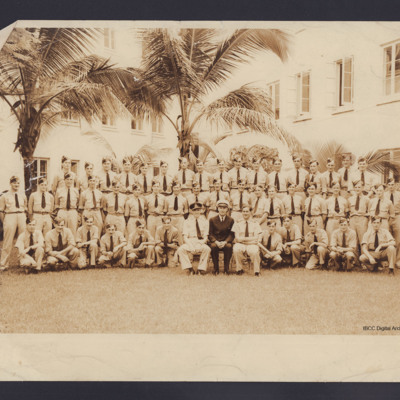 Fifty personnel all apart from one wearing light coloured uniform and most with side cap in three rows. Sitting in front are three men, one in the centre in a dark uniform and one air force officer to the left of him is wearing a peaked hat. In the… 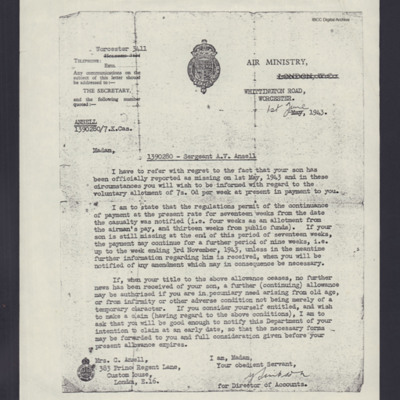 Informs recipient that as her son is reported missing, how long his voluntary allotment of 7 shillings a week will continue in the future and what might be possible once it has ceased. 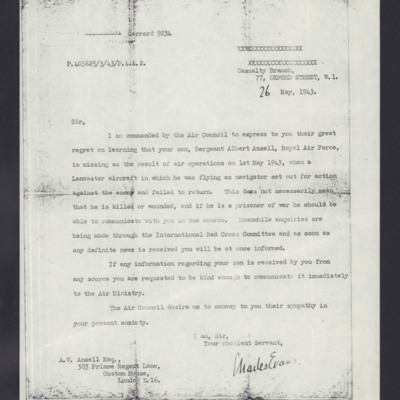 Expresses regret that Sergeant Albert Ansell is missing as a result of his Lancaster failing to return from operations on 1 May 1943. Enquiries are being made through International Red Cross. 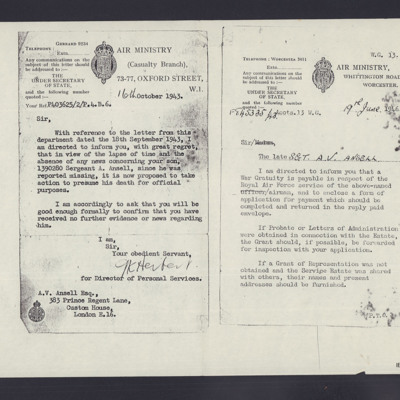 Letter 1. dated 16 October 1943 informs Mr A V Ansell that his son Sergeant A Ansell is officially presumed to have lost his life. Letter 2. Dated 19 June 1946. Informs recipient that a war gratuity is payable and enclosing form for application. 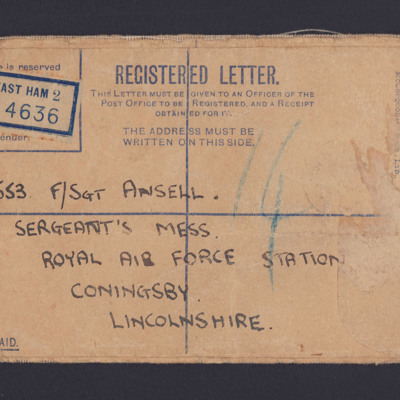 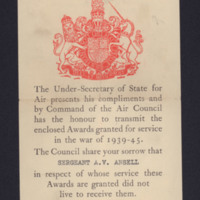 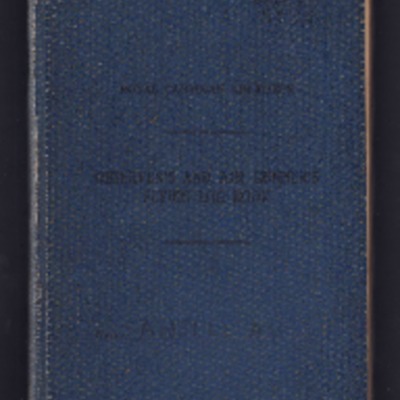 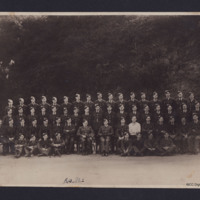 Group portrait of personnel in formal pose, either sitting on the ground, seated or standing. Some men are in cadet uniform, other wear side caps. One man in the second row is without a shirt or uniform jacket. There is a dog next to a man sitting in…

Airmen in front of a brick building 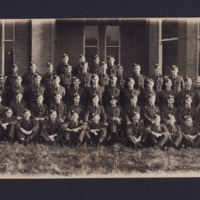 Group portrait of airmen arranged in five rows, either standing, seated or crouched in front of a brick building. A pilot and an observer are sitting in the centre of the front row. 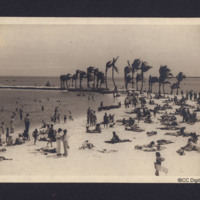 People on sandy beach are sunbathing, swimming or standing. A line of palms is visible in the background. On the reverse 'Matheson Hammock. Miami. April 5th 1942'. 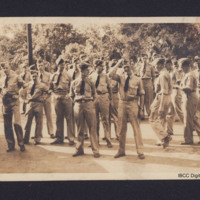 Personnel are walking or standing in irregular formation wearing side caps. Trees are visible in the background. On the reverse 'Pay Parade. May 1st 1941, Miami' and '678'. 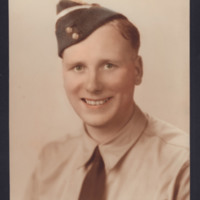 Head and shoulders portrait of Albert Victor Ansell, in a side cap.

The contesters in swimsuits and heels are descending a staircase leading to a pool, surrounded by a civilian crowd. A man dressed in white is on the right, with a peaked cap. On the reverse '2nd Prize winner Miss Miami Contest, Biltmore Pool, Coral…

Trainees at the University of Miami 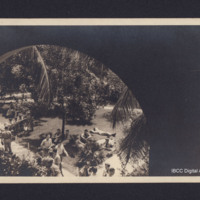 Airmen in uniform are lying on a grass area, seen in the background through an arch at Miami University. Among them are people in civilian clothing. On the reverse 'Afternoon Break, University of Miami, April 2nd 1942'. 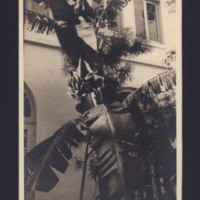 Banana plant in front of a building with a bunch of bananas growing from it. 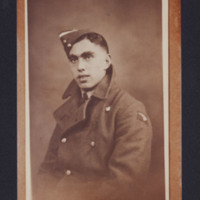 Half-length portrait photograph of an airman in greatcoat and side cap. On the reverse 'Cyril Todd'.
View all 16 items