Eight items. The collection concerns Pilot Officer Denis Carlos Bradbury (1924 - 2017) and contains an oral history interview with Irene Bradbury, his wife (b. 1926), a scrap book (catalogued as a sub-collection) and six loose photographs. He flew operations as a wireless operator / air gunner with 514 Squadron.

The collection has been loaned to the IBCC Digital Archive for digitisation by Denis and Irene Bradbury and catalogued by Barry Hunter.

Large group of airmen and an Air Sea Rescue Lancaster

Large group of airmen arranged on and around Lancaster PB529.

Seven airmen on a Lancaster 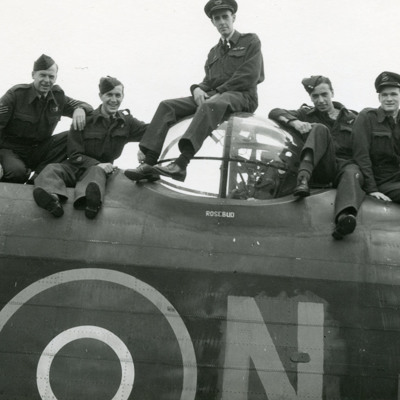 A group of seven airmen sitting on top of a Lancaster, JI-N, PB142. One man is sitting on the mid-upper turret. Underneath is 'Rosebud'.

Denis Bradbury and his crew 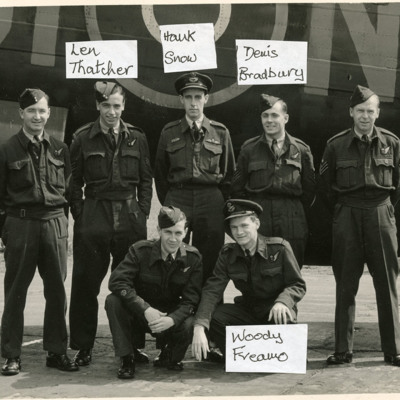 Denis Bradbury and a woman 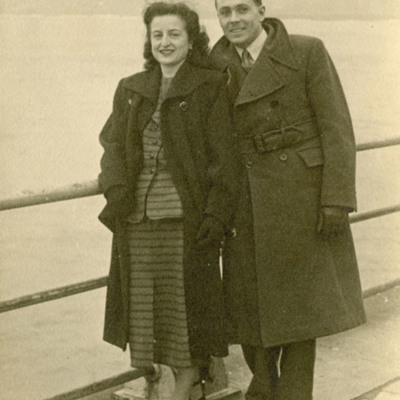 Denis and a woman on a promenade. They are both wearing coats.

Denis Bradbury with his Father and Mother

Denis Bradbury in RAF uniform with his father and mother. They are standing in the garden of their house. Denis and his father have pipes in their mouths.His mother is wearing a coat and hat. In the centre is a dog sat on a chair. 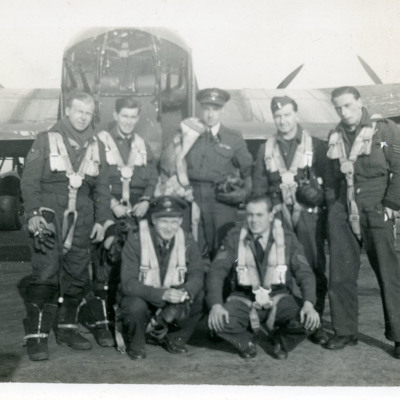 Seven airmen in flying gear at the rear of a 514 Squadron Lancaster.