45 items and five photograph albums. The collection concerns Ronald Holford Riding (b. 1921, 1525125 Royal Air Force) and contains his log book, correspondence, documents, photographs, and service material. He flew operations as a navigator with 69 Squadron before he was shot down in France. He evaded and worked with the resistance before crossing the Allied lines in August 1944.

The collection has been donated to the IBCC Digital Archive by Lyn Elizabeth Jolliffe and catalogued by Barry Hunter. 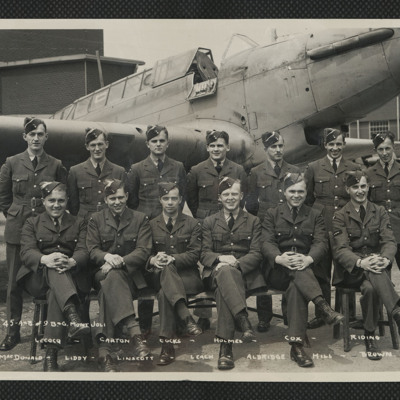 13 airmen in two rows in front of a Fairey Battle. Each man is named on the front. On the reverse each man has signed his name and 'A/C Fairey Battle Course 45A Observers No 9 Bombing and Gunnery School Mont-Joli PQ July 1942 Back Row RCAF Front RAF… 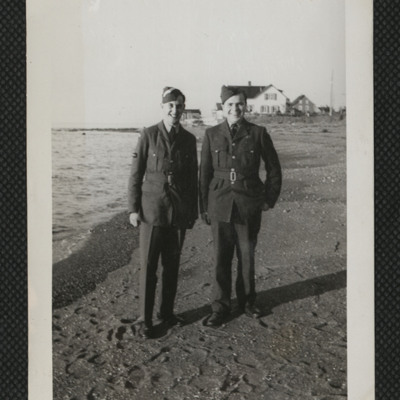 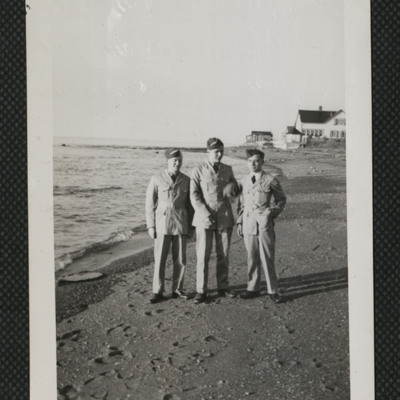 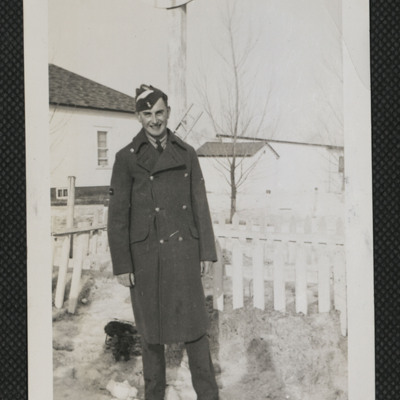 A full length portrait of Ron in greatcoat with trainee flash on his cap. On the reverse 'St Johns tons of love. Ron'. It is stamped 'Mar 1942'. 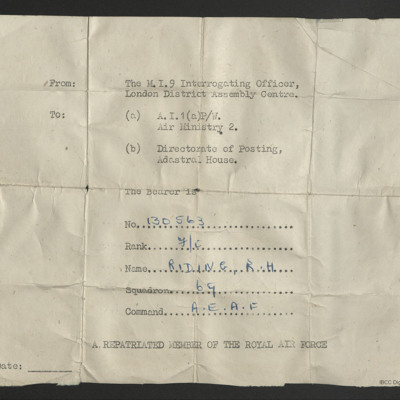 The letter was issued to Ron after his return from France. It advises Ron's service number, rank and squadron. 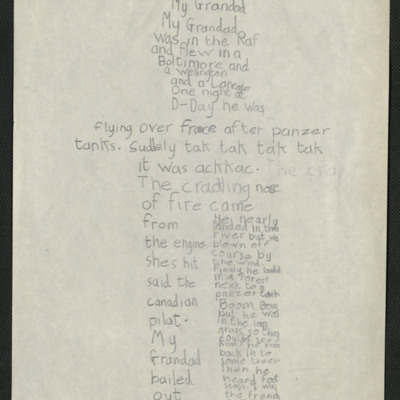 Paul's story about his grandfather Ron, being shot down and evading capture. 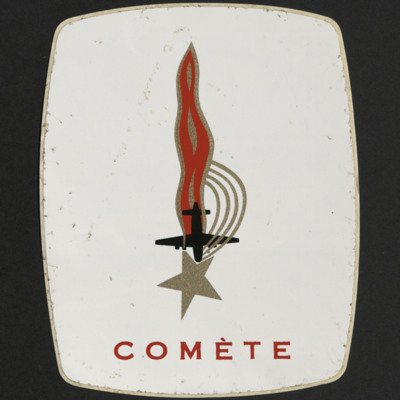 A badge of the Comet Line escape group maintained by the French during the War. 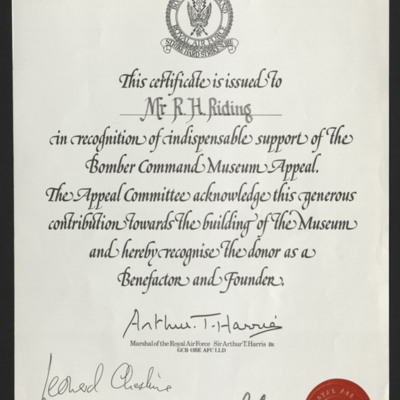 A certificate issued to Ron for his donation. 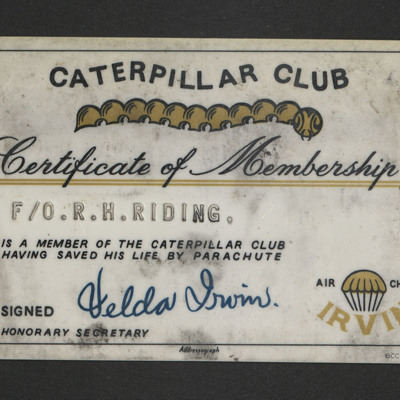 A certificate of membership awarded to Ron after his escape by parachute. 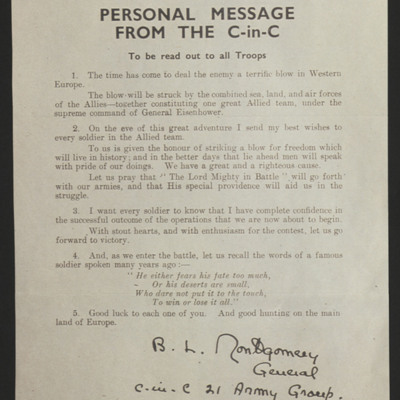 A message read out to the troops on the eve of D-Day.

"We Will Finish the Job" 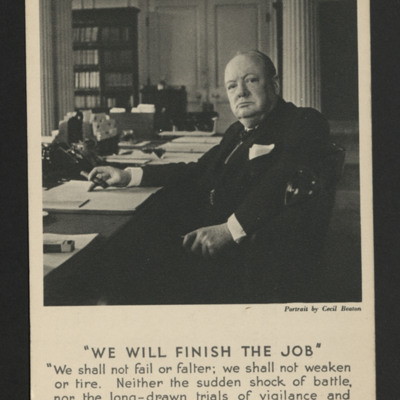 Mr Churchill's reply to Roosevelt. A photograph of Churchill with a quote underneath. 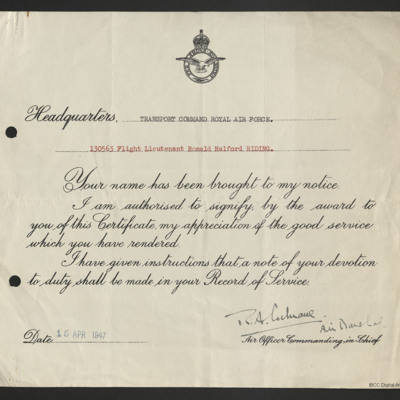 A certificate issued to Ron for his good service and an accompanying letter. 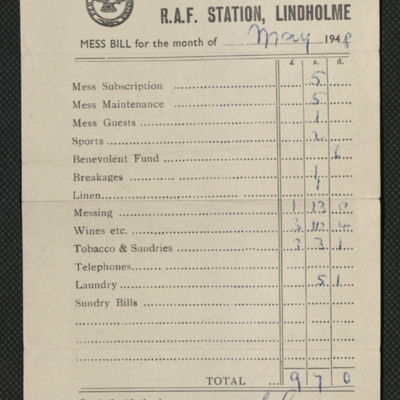 A bill issued to Ron from RAF Lindholme, May 1948. 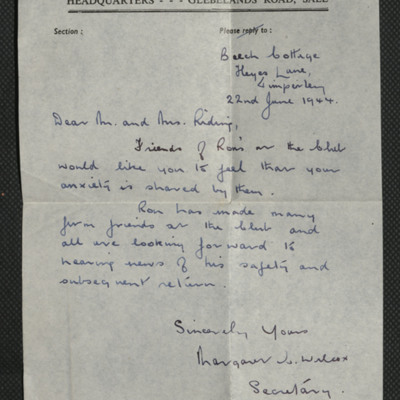 The letter expresses sympathy that Ron is missing. 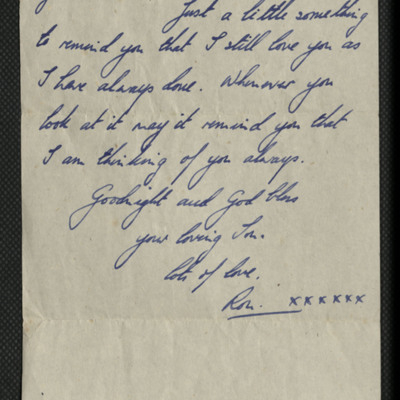 A letter expressing love to his mother, from Ron. 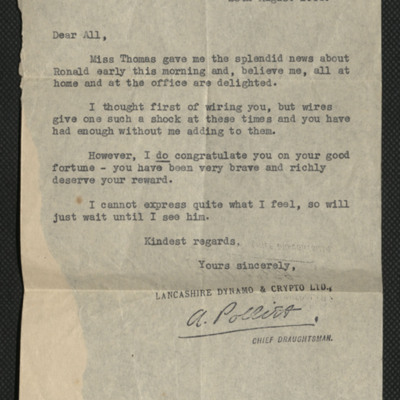 The letter from the Chief Draughtsman at Lancashire Dynamo and Crypto Ltd expresses delight that Ron has returned to the UK, safely. 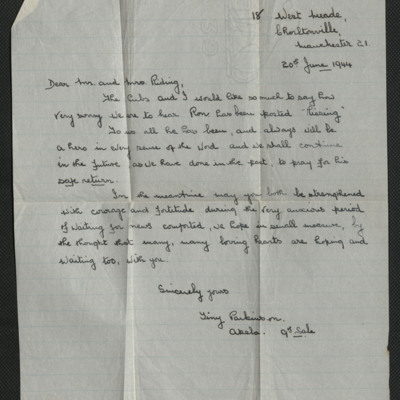 The letter from Ron's cub master expresses sorrow that Ron is missing. 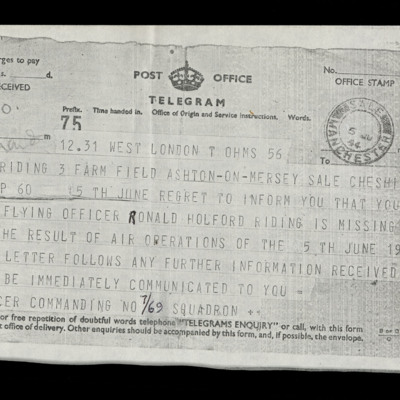 Two copies of a telegram stating that Ron is missing. 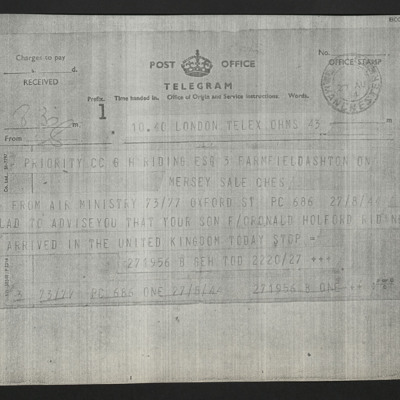 The telegram advises that his son, Ron, has arrived back in the UK.
There is a second identical copy. 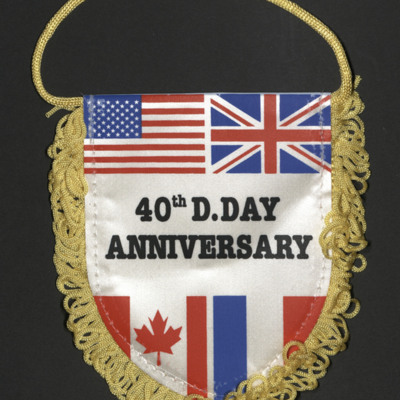 A pennant for the 40th anniversary of D Day. On the front are the flags of UK, USA, Canada and France. On the reverse a landing craft and 'Normandy France 1944-1984 June 6th 1944 - First Day of the French Liberation by the Allied Forces'. 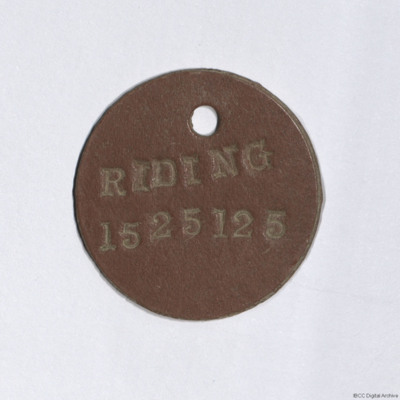 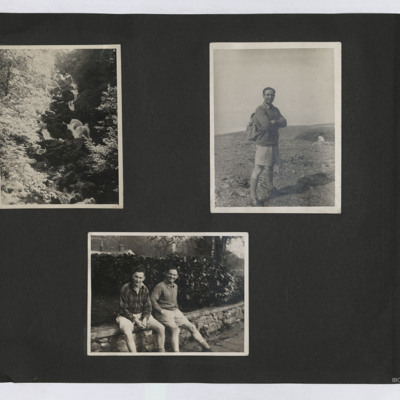 Three photographs from an album.
#1 is a waterfall flowing through a wood.
#2 is Ron's friend dressed in shorts with a rucksack, on top of a mountain.
#3 is Ron and friend sitting on a garden wall. 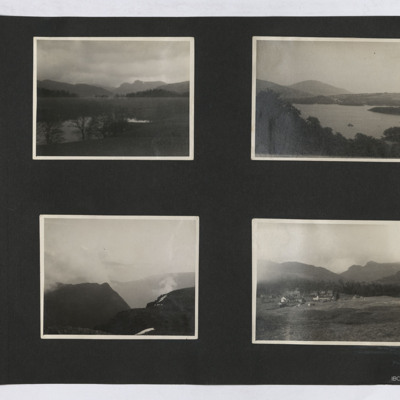 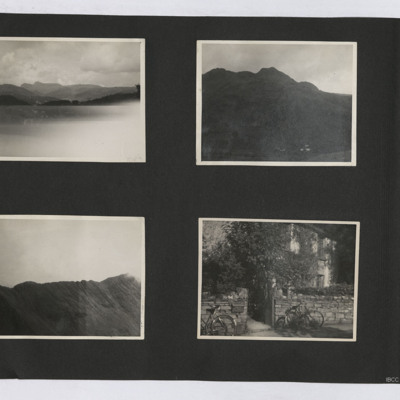 Four photographs from an album.
#1 is a view across a lake towards mountains.
#2 is a mountain.
#3 is the ridge leading to the top of Snowdon.
#4 is a house with two bicycles left on the garden wall.

Lakes and Mountains of Snowdonia 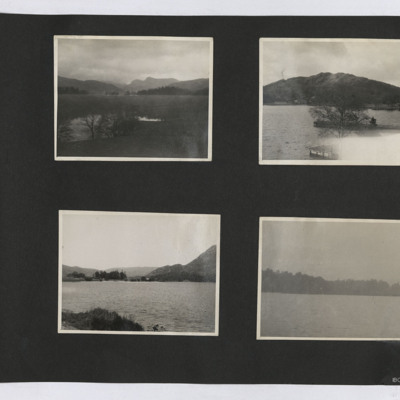