Ron Riding and Mme Eliane Guerin, the woman who helped him escape in France 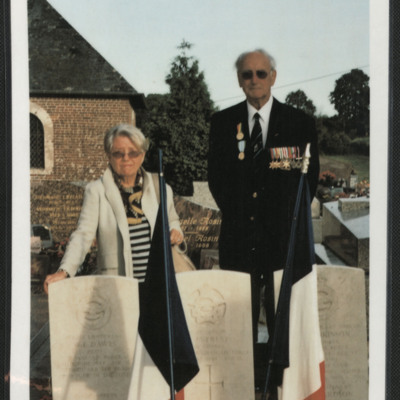 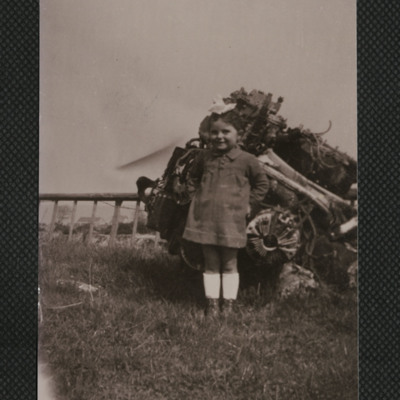 A young girl standing in front of a crashed aircraft engine.
The photograph is repeated in another album with the following handwritten on the reverse 'Therese del Sole devant le moteur d'avion env? 1945 a Notre Dame de Bliquetuit'. 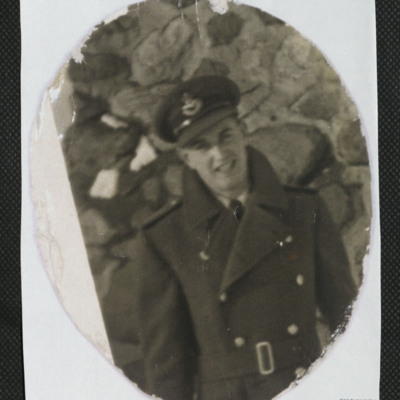 A half length portrait of Ron in a greatcoat. 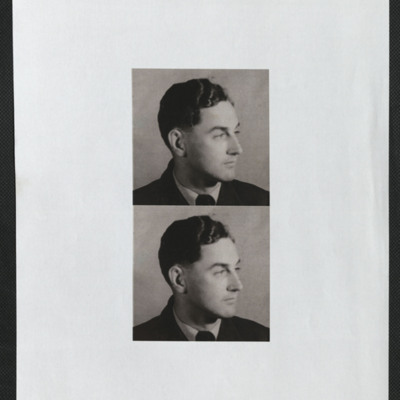 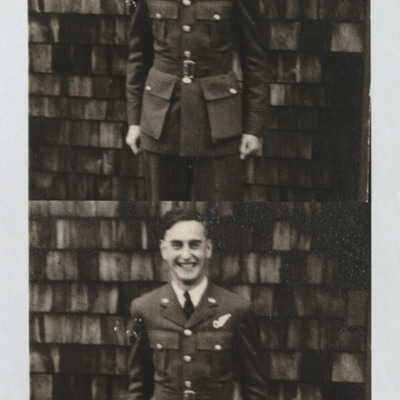 Two identical images of Ron, in uniform, standing beside a wooden shingled building. 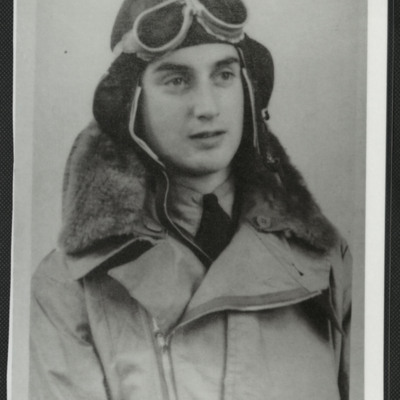 A half length portrait of Ron in a flying suit and goggles.

Shot Down, He took part in French Resistance raids on Germans

A newspaper article about Ron after he was shot down over France. A second cutting has a brief note about Ron returning home after being missing in France.
[The details in the article are incorrect. His aircraft was a Wellington, it was shot down on…

Ron Riding - At the Controls Ron sitting on the pilot's seat and turned to smile at the camera. 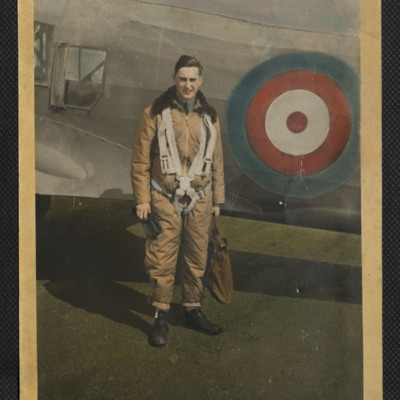 A colourised photograph of Ron in flying kit and standing in front of an Anson. On the reverse 'Dearest People. Here I am ready to do a spot of flying. Cheerio you dears, Soon I'll be back. your loving son. Ron'. 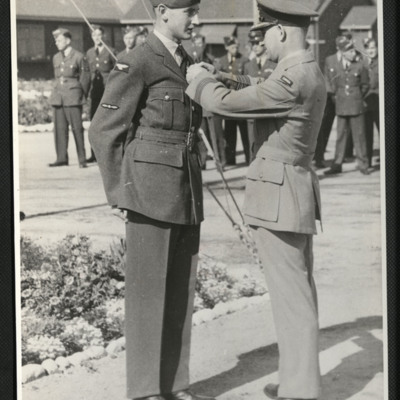 Ron receiving his wings from an officer in front of a group of airmen. 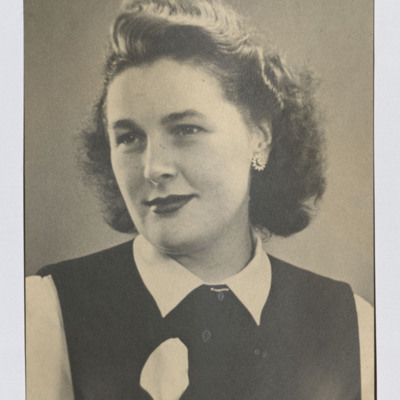 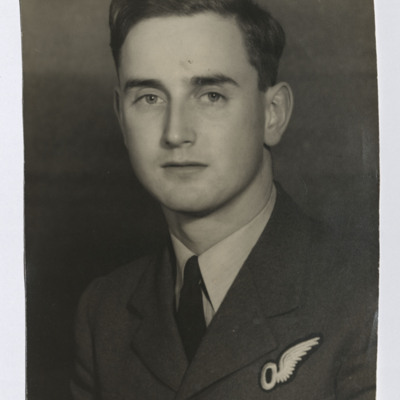 A head and shoulders portrait of Ron in uniform with an Observer brevet.
On the reverse is handwritten 'To my Dearest People with all my love your ever loving son, Ron'.
View all 12 items