51 items. The collection concerns Bill Eyles DFM (900473 Royal Air Force) and contains his log book. notebooks, correspondence and photographs. He flew a tour as a bomb aimer with 78 Squadron and later a second tour with 35 Squadron Pathfinders.

The collection has been donated to the IBCC Digital Archive by Hazel King and catalogued by Nigel Huckins. 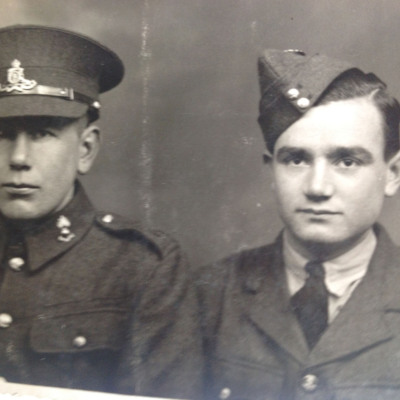 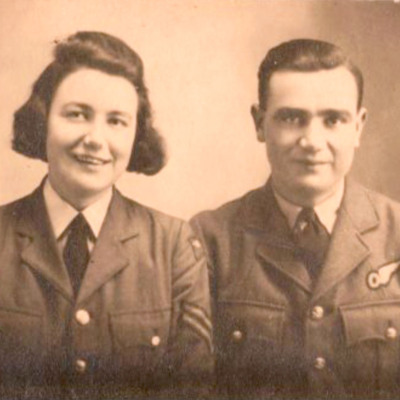 Head and shoulders portrait of a Women's Auxiliary Air Force corporal wearing tunic side by side with an airman wearing tunic with sergeant rank and observer brevet. 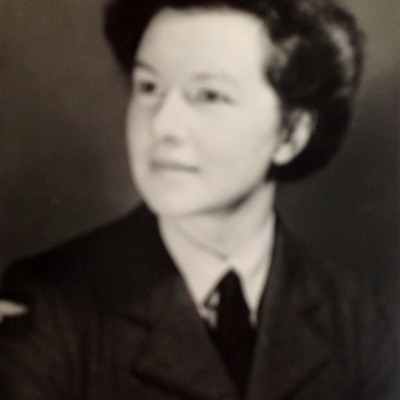 Head and shoulders portrait of a WAAF wearing tunic. 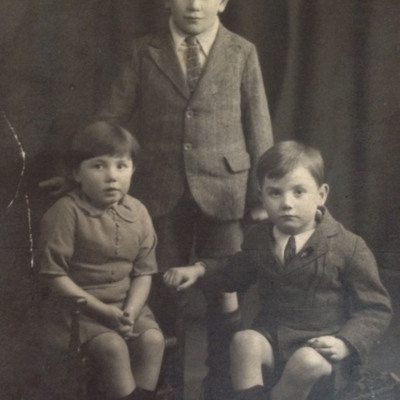 Family portrait of a boy and a girl sitting with another boy standing behind. 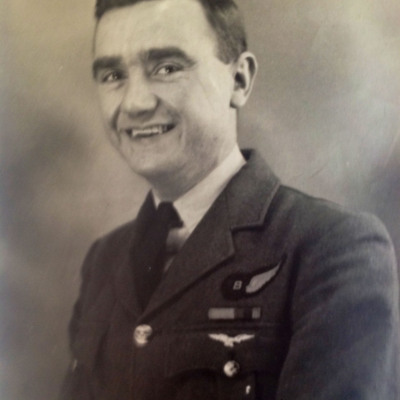 Head and shoulders portrait of an airman wearing tunic with bomb aimer brevet and pathfinder badge. 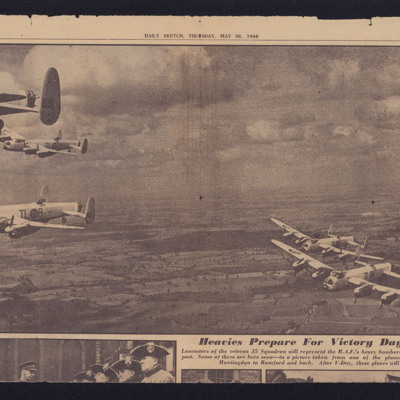 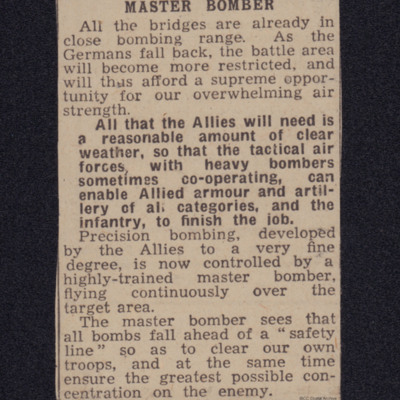 Article describing use of tactical and heavy bombers using precision bombing, controlled by master bombers in aid of ground forces. Master bomber ensures all bombs fall ahead of safety line to keep clear of own troops. 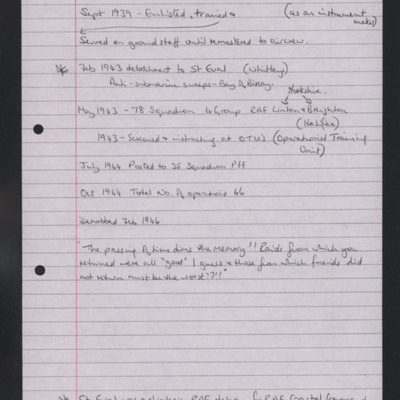 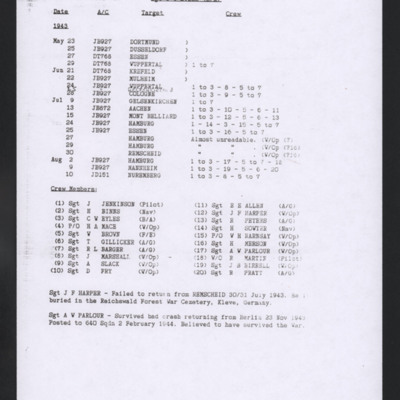 List of 20 operations from may to August 1943 and list of crew members that he flew with. Notes one crew member subsequently killed in action and another survived a bad crash. Reports by Sergeant T Barger of attack by enemy aircraft during operation to Krefeld 22 June 1943. 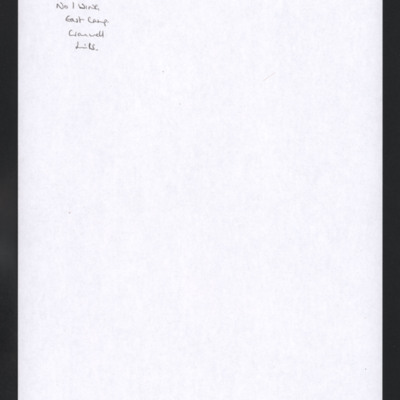 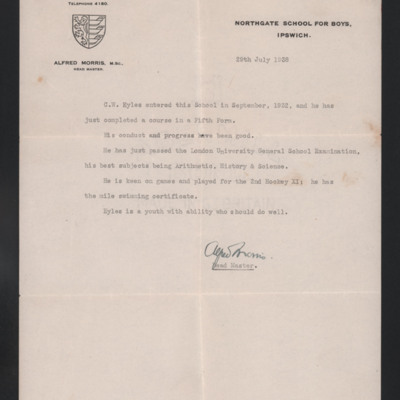 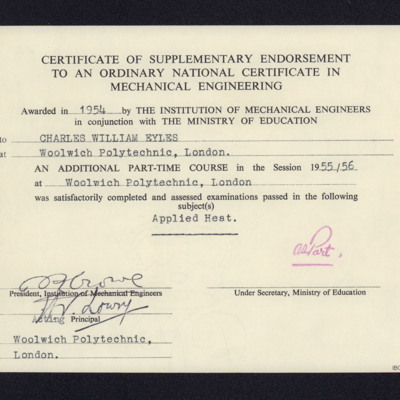 Made out for Charles William Eyles in applied heat. 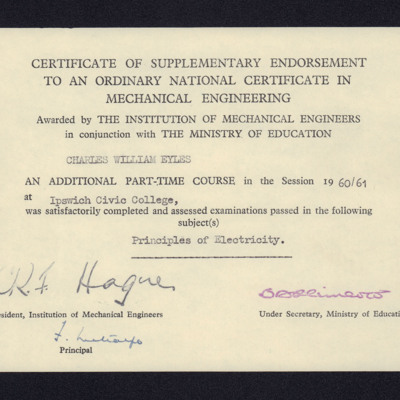 Made out to Charles William Eyles for principles of electricity. 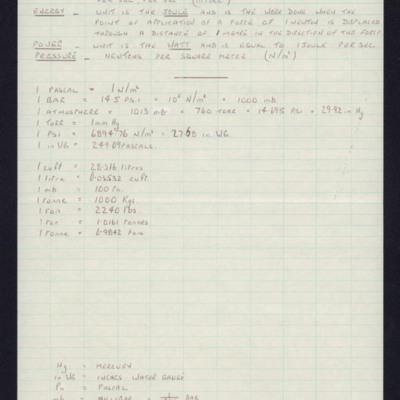 Definition of unit of force, energy, power and pressure. Followed by list of physical unit equivalents and chemical symbols.

Letter to officer commanding no 8 school of training From RAF records office noting that it was planned that Bill Eyles attend investiture at Buckingham palace for award of Distinguished Flying Medal on 4 December 1945. Asks that he be supplied with railway warrant and details when the actual… 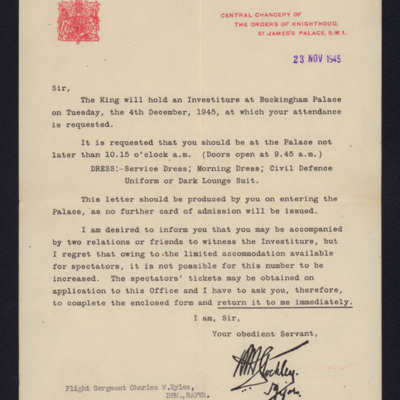 Invitation to investiture at Buckingham Palace for award of Distinguished Flying Medal on 4 December 1944. 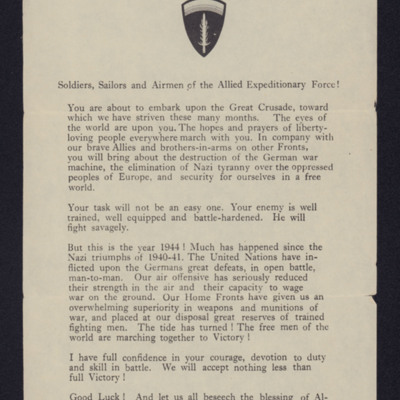 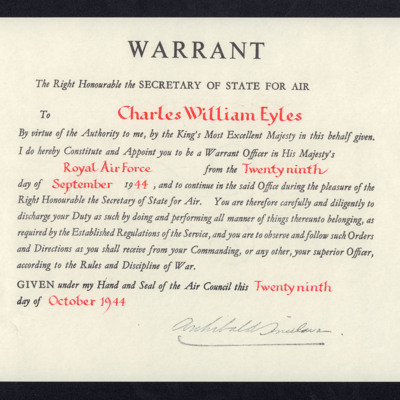 Bill Eyles recommendation for award of the Distinguished Flying Medal 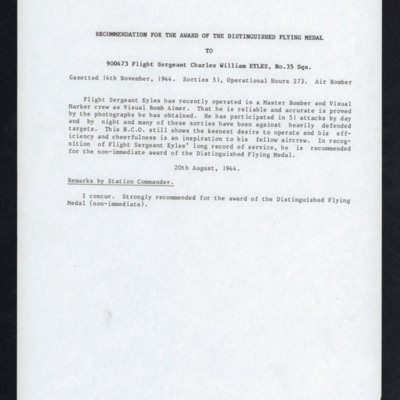 States Flight Sergeant Charles William Eyles was Master Bomber and visual marker and was reliable and accurate. Participated in 51 attacks by day and night against heavily defended targets. Provides other accolades. 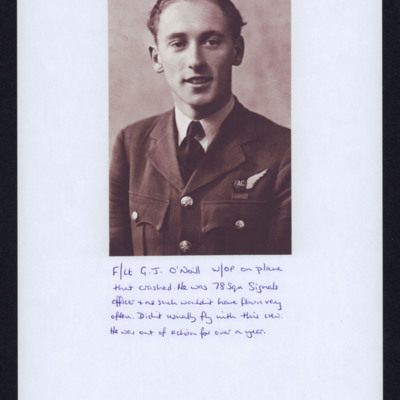 Head and shoulders portrait of an officer wearing tunic with brevet and medal ribbon. Captioned 'F/Lt G J O'Neill W/Op on plane that crashed. He was 78 Squadron signals officer and as such wouldn't have flown very often. Didn't usually fly with this… 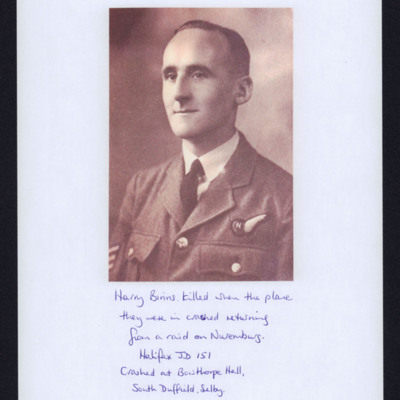 Head and shoulders portrait of a navigator wearing tunic with navigator brevet and sergeants rank. Captioned 'Harry Binns, killed when the plane they were in crashed returning from a raid on Nuremburg, Halifax JD151, crashed at Bowthorpe HallSouth… 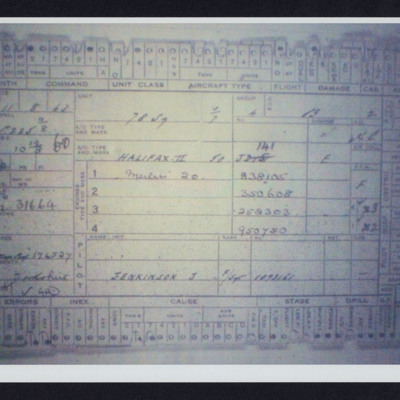 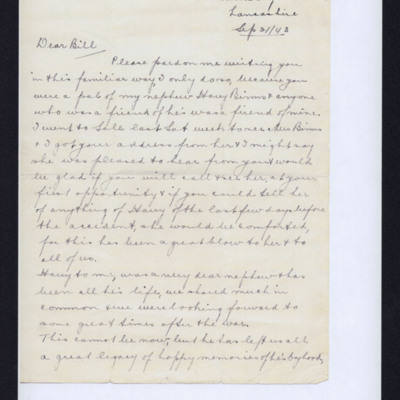 Letter from relation of Harry Binns navigator who had been killed in a crash. Asks Bill to tell Mrs Binns about Harry's last days. provides some information about Harry and asks him to share any experiences. 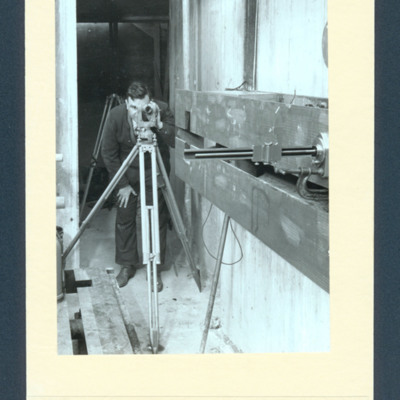 A man wearing civilian suit standing behind a theodolite on a tripod. Captioned 'Inspector using Wild T.2 universal theodolite and Vernier height gauge during checking of squareness of side walls to end walls'.
View all 51 items