40 items. The collection concerns Jim Eley (163588 Royal Air Force) and contains his memoir and photographs. He trained in Canada and flew operations as a pilot with 514 Squadron.

The collection has been donated to the IBCC Digital Archive by Jim Eley and catalogued by Barry Hunter. 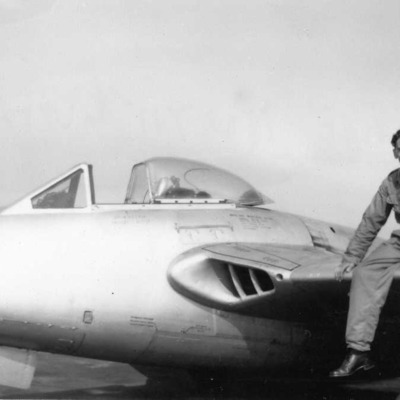 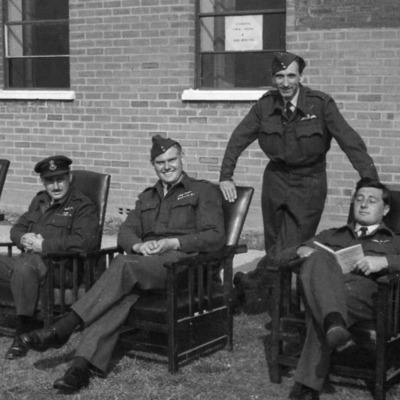 5 seated RAF pilots, one reading a book, with Jim Eley standing at the rear between the 3rd and 4th seated individuals from the left, submitted with caption; “Reading pilots Notes before flying the Vampire at North Luffenham.” 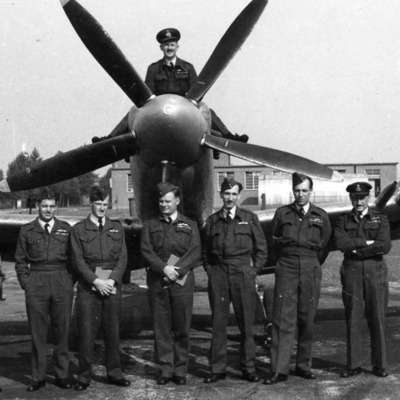 Eight RAF personnel (at least 7 of whom are pilots) standing in front of a late model spitfire, submitted with caption; “Flying the Spitfire 22 and the Vampire 5 at 102 RFS North Luffenham, June 1951.” 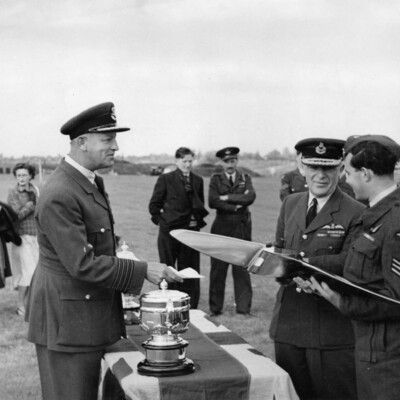 Volunteer Reserve Sergeant and an RAF Officer receiving an aircraft propeller which has a presentation plate on it, submitted with caption; “No. 24 RFS winning the annual navigation trophy at Kenley June 1949” 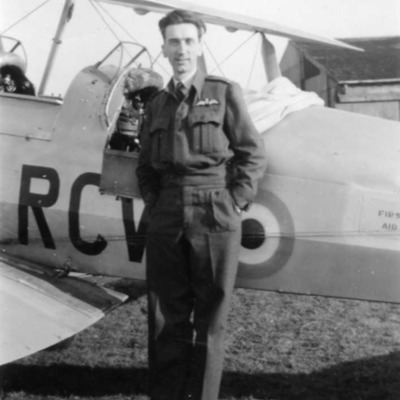 Jim Eley in front of DH82 Tiger Moth, submitted with caption; “Self at Rochester. Still flying the Tiger Moth.”) 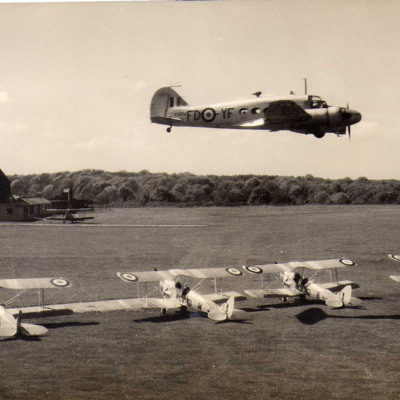 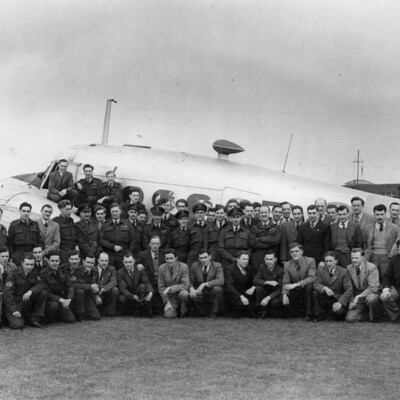 Group of people in various uniforms and formal clothing gathered in front of the port side of an Avro Anson, submitted with caption; “Pilots and navigators, weekend flyers at No. 24 Reserve Flying School, Rochester, Kent, March 1949.”) 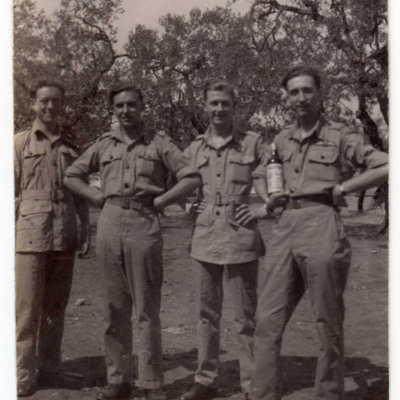 4 RAF Personnel one holding a bottle of wine, submitted with caption; “Some of my crew at Bari, Italy, to pick up 20 Army personnel. Sept. 1945.” 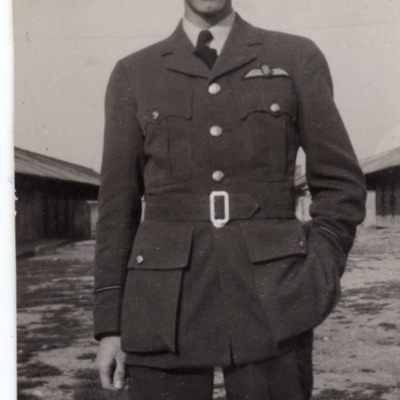 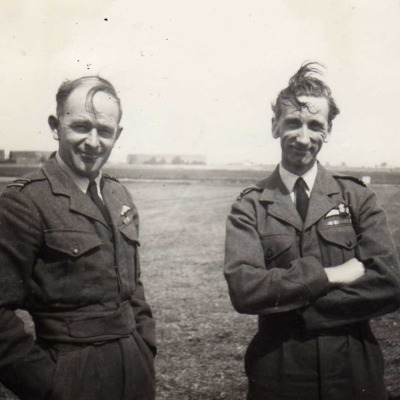 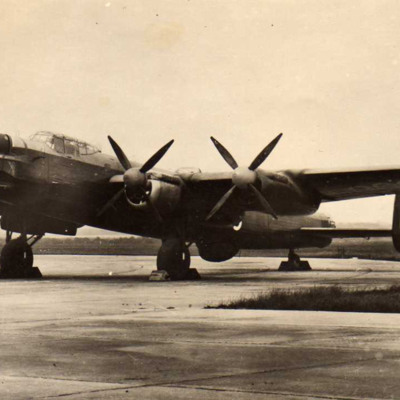 Lincoln on dispersal next to a runway, submitted with caption; “One of our Lincoln bombers at Leconfield.”) 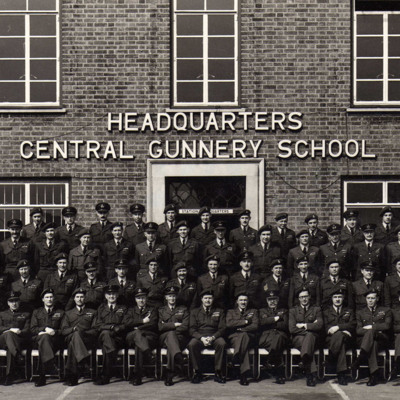 RAF Personnel in front of a building with the words “Headquarters Gunnery School” emblazoned on the wall, submitted with the caption; “Officers at Central Gunnery School, Leconfield, Yorks. June 1954.” 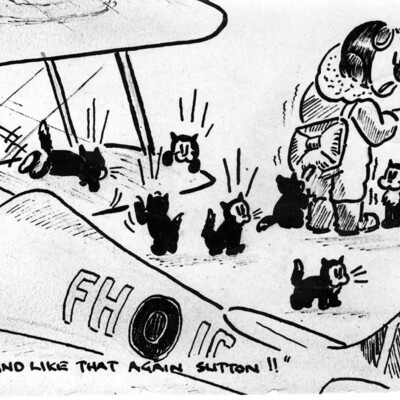 Cartoon of a landed Tiger Moth with pilots standing to the side, surrounded by kittens with the caption; “Don’t ever land like that again Sutton!!” Submitted with caption; “Comical”.

Jim Eley and Group of Airmen 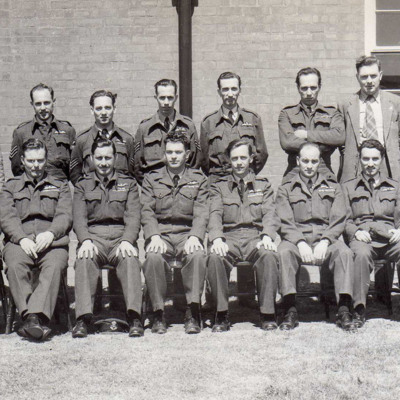 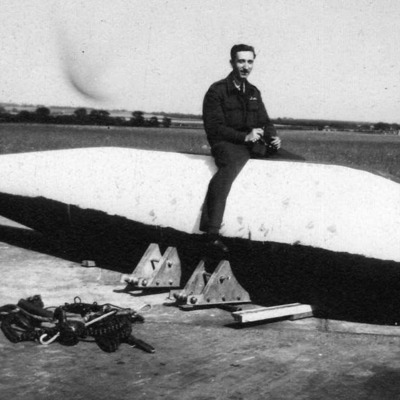 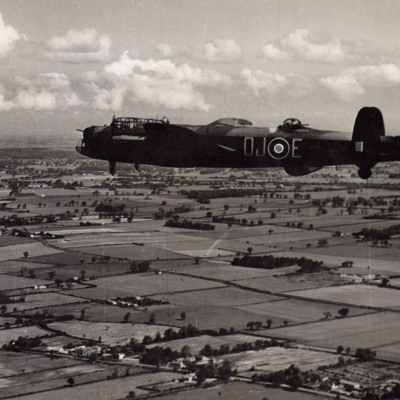 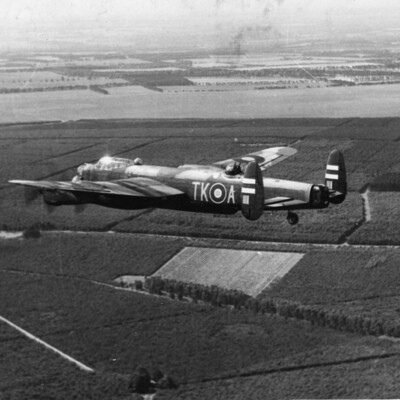 Air to air photograph showing a Lancaster in flight, marked as TK-A, submitted with caption; “Lancaster from Spilsby returning from flt. to Bari to pick up Army personnel. Sept. 1945”. 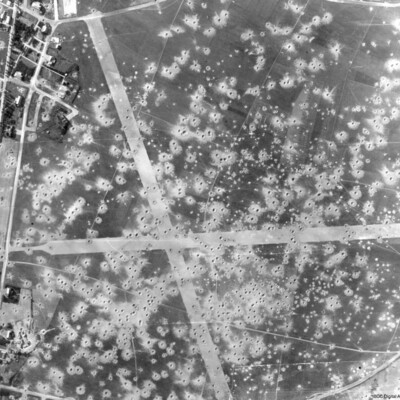 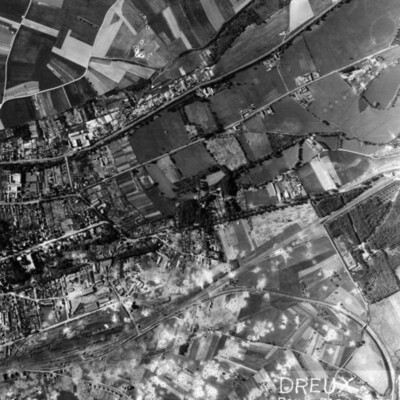 A vertical aerial photograph of Dreux, with rail facility in lower left quarter. Main line runs from rail facilities to top right, with secondary line veering off to the right and curving down to bottom right hand corner. Town is above the railway,… 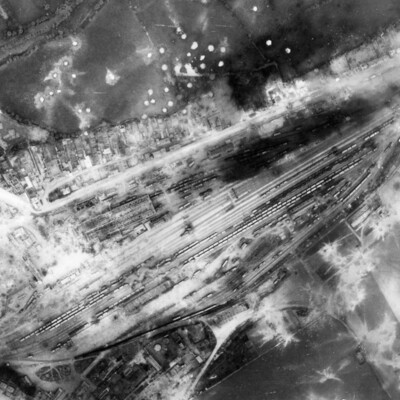 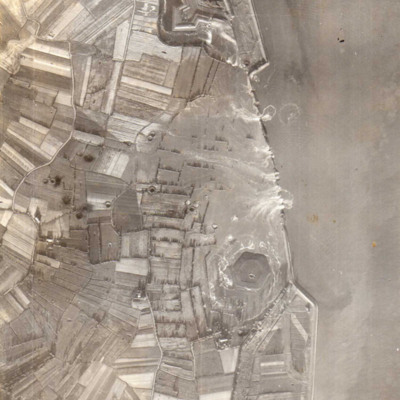 A vertical aerial photograph showing several new breaches in the sea defences with areas of land in process of being flooded. Submitted with caption; “Sea wall broken at Flushing.” Fort Rammekens is at the top of the photograph, with village of… 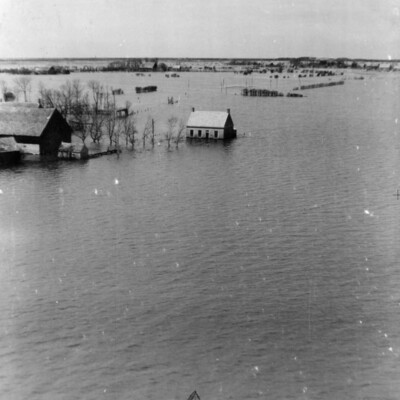 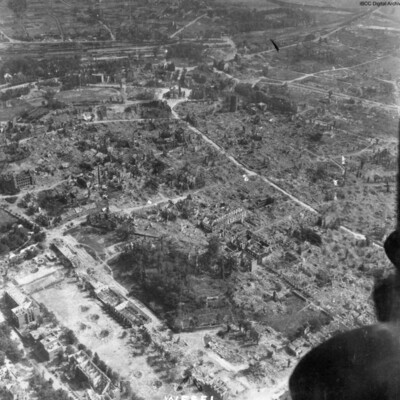 An oblique aerial photograph, just catching the starboard engines of the aircraft, is labelled as Wesel, showing almost total destruction of buildings. The prominent building top middle is Berliner Tor. The cleared road leading to it and around it,… 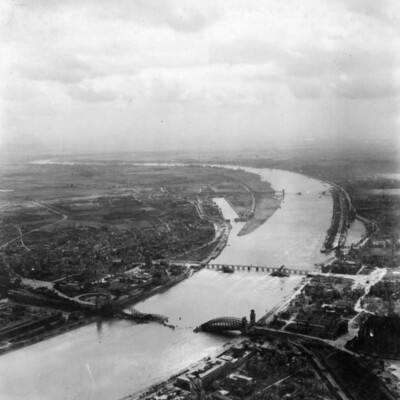 An oblique aerial photograph of Cologne, showing destroyed bridges, submitted with caption; “Damage to bridges over the Rhine.”
View all 40 items