Ten items. Sergeant William Warburton (1911 -1944, 1067053 Royal Air Force) flew operations as a flight engineer with 61 Squadron. He and his crew failed to return from operation in january 1944. Collection contains a scarpbook with contributions from most of the crew, letters to his father, letter to A Brander's father as well as Brander's logbook, research on his aircraft loss and locating relatives of the crew by M Warburton (nephew) and extracts from B Clak's diaries for December 1943.

The collection has been donated to the IBCC Digital Archive by Michael Warburton and catalogued by Nigel Huckins.
Additional information on William Warburton is available via the IBCC Losses Database 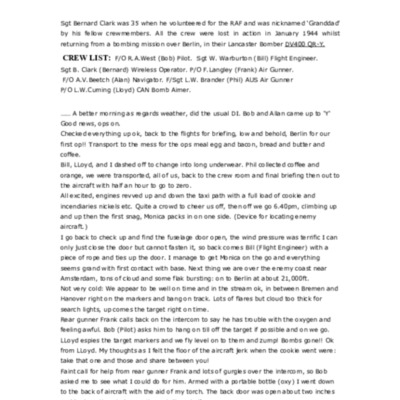 Transcript of diary entry for 20 December 1943. Includes crew list. Account of their first operation to Berlin on. He was wireless operator. Mentions anti-aircraft fire over coast, problems with Monica system, problems with oxygen, problems with rear… 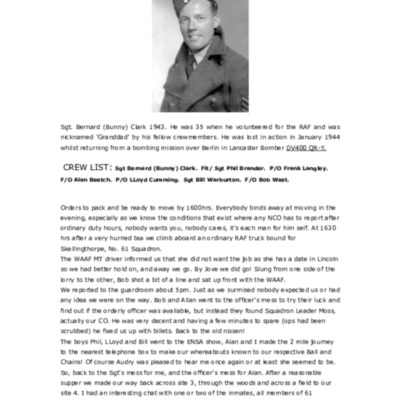 Transcript of the Diary of Sgt. Bernard Clark RAFVR 30 November – 20 December 1943 with notes by M Warburton. Includes head and shoulders portrait of an airman wearing greatcoat and side cap. Includes crew list of his aircraft. Entries contain…

And then there were seven 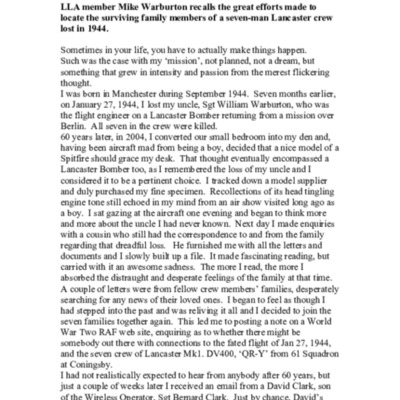 An account by Mike Warburton (nephew of William Warburton) of how he made contact with the relatives of the other crew members of Lancaster DV400. 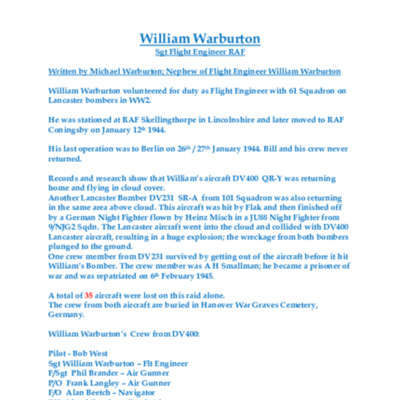 Report of last flight of DV400; lost 27th Jan 1944,” findings of Michael Warburton’s research into the crash of ‘DV400’. Concludes that DV400 was hit by another Lancaster that had been shot down by a German night fighter and subsequently… 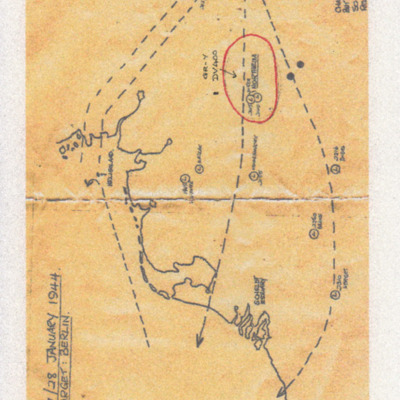 Sergeant A P Brander’s RAF Observer’s and Air Gunner’s Flying Log Book, from 17th August 1942 to 27th January 1944, detailing his training and operations as an Air Gunner. He did not record the names of some of the bases he flew from, but it is… 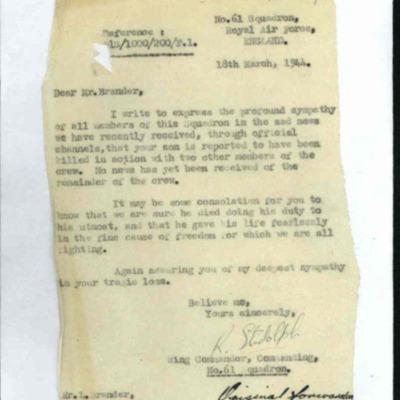 Expressing sympathy that they had heard through official channels that his son was reported as killed in action with two other members of his crew. From officer commanding 61 Squadron. 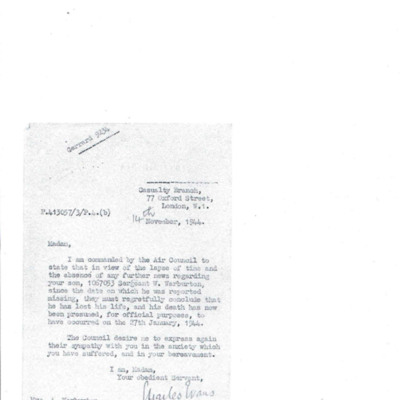 Writes that in view of the lapse of time and absence of any news of her son, that they regretfully conclude that he had lost his life. 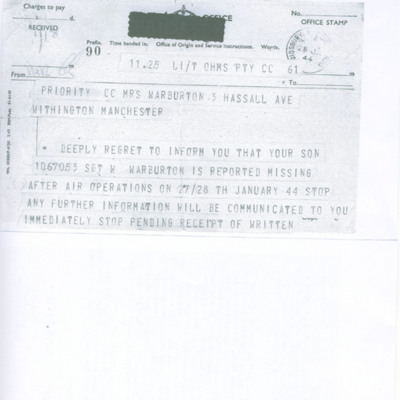 Informs her that her son is reported missing in action after air operations 27/28 January 1944. 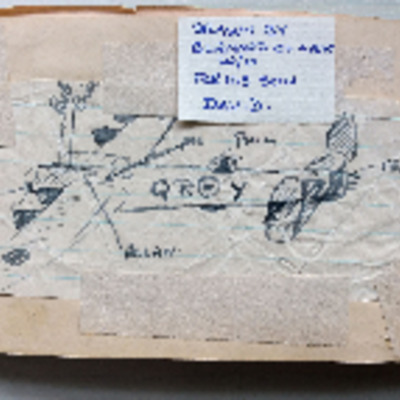 Scrapbook prepared by Bernard Clark for his son containing contributions from the crew of William Warburton's Lancaster. First page has sketch of Lancaster with crew positions noted. Other page includes signatures and other material from: Alan…
View all 10 items