11 items. The collection concerns brothers in law James Miller (b. 1919) and
William Harry Brooker (b.1920). It contains propaganda leaflets, two photographs, a NSDAP Car flag, documents and a memoir.

The collection has been donated to the IBCC Digital Archive by Ann Brookfield and catalogued by Barry Hunter.

Joe Freeman and his Chicks 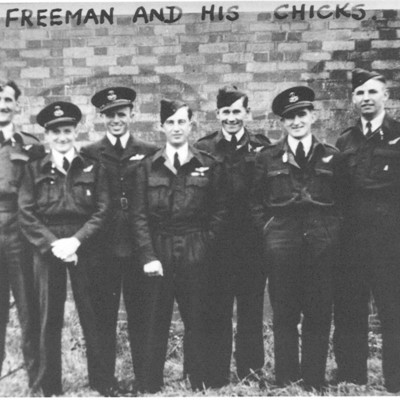 Seven airmen standing in front of a brick building. Joe was the William Harris' pilot. The image is captioned 'Joe Freeman and his Chicks'. 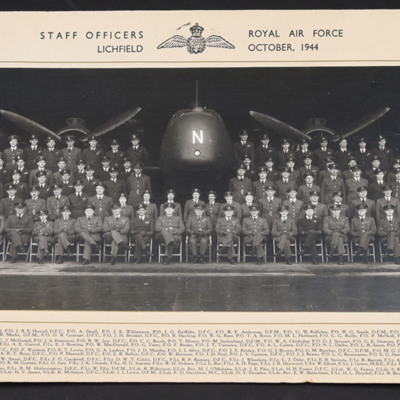 Large group of airmen arranged in five rows in front of a Wellington 'N'. The background is dark. Underneath is captioned the names of each airman. 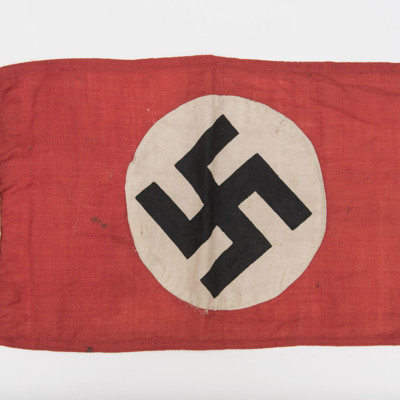 A Nazi flag with a black swastika in a while circle with a red background.

Procedures and Life of an Air Gunner with a Lancaster Squadron

William Brooker's service. His crew was transferred from Swinderby Heavy Conversion Unit to 463 Squadron at RAF Waddington.
He names the crew and describes their roles, including the ground crews, details the activities before an operation, and… 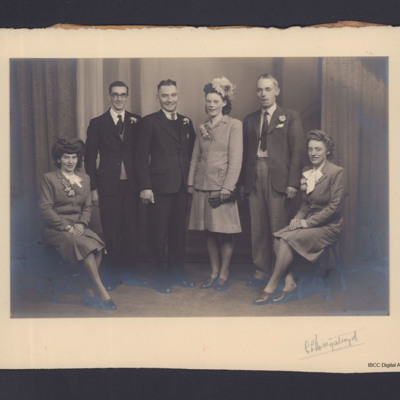 WH Brooker volunteered in June or July 1940. He was called up on 27 February 1941 and trained in Pearce, Western Australia. On transfer to UK there were delays in further training.
Initially he served on Wellingtons at Snaith. He describes…

German U-boatmaker - what are you hoping for? Leaflet, in German with photographs of U-boat crew on a boat and another of a crew being led off a captured boat.

We journey against England.

Contrasts Germany after the First World War with the present, exhorting Germans to save their country. By drawing things quickly to a conclusion, Germany could avoid more destruction and successfully rebuild.

A Christmas and New Year card to Jim from Danny. The card is printed for 52 (L) Dicion BAOR and has a saltire herald crest with 'Mountain' underneath. On the reverse is a Heraldic Map showing the training and active service of the 52nd (L) Division…
View all 11 items