Six items. An oral history interview with Carolyn Pritchard about her father, Arthur Pritchard (2206806 Royal air Force) documents and photographs. He flew operations as a flight engineer with with 463, 467 and 97 Squadron until he was shot down. He was hidden by the French Resistance until the liberation of Paris.
The collection has been loaned to the IBCC Digital Archive for digitisation by Carolyn Pritchard and catalogued by Barry Hunter. 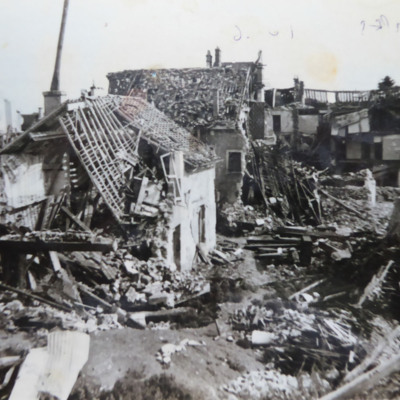 Group of airmen sitting at tables.
Information supplied with the collection states 'Breifing [sic] Room RAF Waddington "Raid on Juvisy 18/19 April 1944" ' There is a banner with 'WC Kingsford-Smith'. he was the squadron's first commanding… 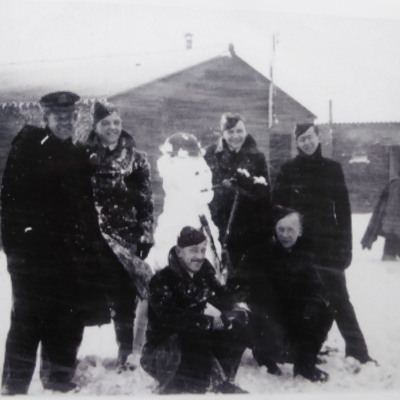 A group of six airmen with a snowman. Behind are wooden huts.
This item was sent to the IBCC Digital Archive already in digital form. No better quality copies are available. 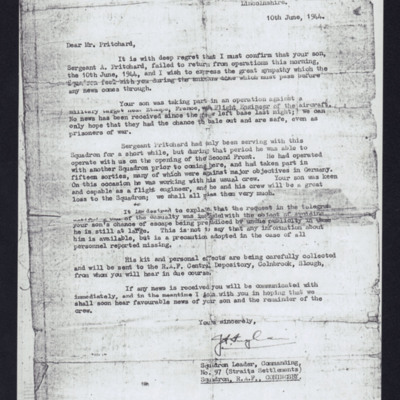 A letter to Arthur's father explaining that his son is missing in action. 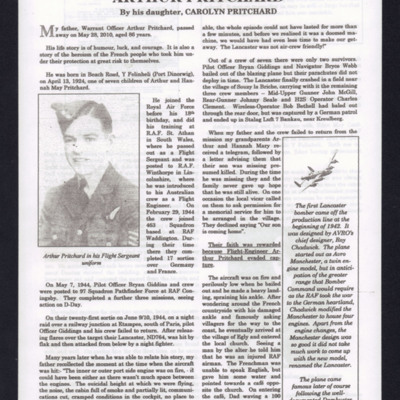 A biography of Arthur Pritchard written by his daughter. It covers his training, operations and the night he was shot down. Despite speaking no French he was assisted to a hideout in Paris where he remained until Paris was liberated in August 1944. 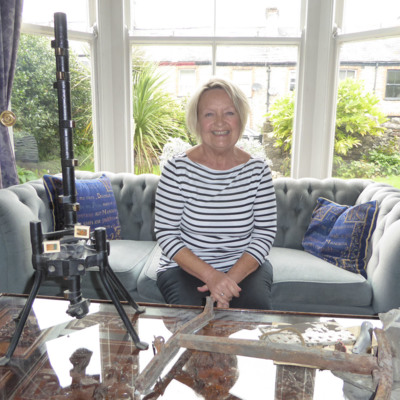 Carolyns father, Arthur, joined the Royal Air Force on his 18th birthday. Following his training as a flight engineer, was posted to RAF Winthorpe. He was allocated to a crew consisting entirely of Australians. In February 1944 the crew were posted…
View all 6 items