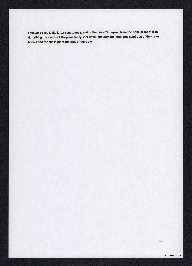 Letter to Frederick Thompson's mother describing events
of the aircraft being shot down, the dreadful mutilated condition of the crews bodies and the subsequent funerals of the crew. Describes the village where the incident happened with some history. Describes the crash of aircraft after being hit by anti-aircraft or fighter fire. Mentions conditions and recovery of bodies of crew. Comments on funeral and that bodies were later identified by British officials and later. Lists the crew.

Following page is the letter sent to my grandmother Kate Thompson from the Abbé of the village describing the events of the plane being shot down, the dreadful mutilated condition of the crews bodies and the subsequent funerals of the crew

With you, I deplore the slowness with which the authorities inform you of the details concerning your glorious son.

Minaucourt is 43 kilometers ([underlined] approx. 25 miles [/underlined]) from Châlons-sur-Marne, and is a little village made illustrious in the Great War of 1914-1918, where the battle was fought for four years. The village was mentioned in Army dispatches for its resistance to the enemy and it received the Croix-de-guerre ([underlined] something like our George Cross [/underlined]), but was completely destroyed. Today it is rebuilt as new, but with the number of inhabitants reduced to 109. It has the doubtful priveledge [sic] of possessing, on it's territory (on the borders of the ruins of the old battle field), an immense military cemetery for 21,000 French soldiers.

On the 12th of March, 1943, an R.A.F. aeroplan [sic] of a formation of bombers on their route to Germany, was hit with bullets to the west near here either by anti-aircraft guns or by an enemy fighter. Badly damaged, it detached itself from the group, lost height, then burst into flames with all it's charge of explosives on board. The ball of fire, travelling at a great speed barely missing the tree-tops and small hills of the valley over[?] Minaucourt. Those who remembered the same thing in 1918, realised the coolness of the pilot, but no-one will forget the terrible vision, frightening, [deleted word] illuminating a night of Spring.

Translation of a letter from the local priest.

[underlined] 2 [/underlined] Passing beyond the village, the aeroplane dived into a lake nearby with a tremendous explosion.

Please excuse these details so painful to the heart of a mother, but you have been waiting impatiently for these details, and in spite of the tragic sharpness of them, it is for your personal satisfaction, and to the honour of your family.

The Germans who occupied a camp nearby forbade any of the villagers to attempt to rescue the airmen, but those here who listen only to their patriotism, profited by the right to fetch them from the water with the aid of shepherds crooks, the bodies of the valiant aircrew were more of less mutilated and cut to pieces in the crash. It needed courage for these simple villagers to risk the reprisals [?] of the Germans. Meanwhile, the Germans closed their eyes to this, and in the presence of the parish priest, who came for the supreme benediction (last blessing) proceeded to bury the seven heroes [deleted word] in a corner of the village cemetery.

A platoon of the Reichswehr [?] (German Army) gave the military honours and a Nazi Officer read an allocution of the circumstances of their death. The villagers, who were not permitted to enter the cemetery during the service watched from the otherside of the surrounding hedge, and as soon as the next day came covered the graves with flowers.

Fiercely christian, this agricultural community carefully keeps faith by remembrance on the day of the dead – 11th November – [deleted word] official visits are made to the cemetery with a blessing and prayer for the dead, in memory of those whose cruel sacrifice saved them from the worst ([underlined] it is difficult to translate this, but it [/underlined]

After several years, officials from England came and exhumed the bodies to verify their identity, and the papers were sent to the competent authority.

Now, the graves [deleted word] surmounted by a cross with indications [?] of the names, continue to occupy a square of the previously mentioned cemetery which dominates Minaucourt from where the enclosed photograph was taken.

I have answered [?] your wishes, and perhaps you would [indecipherable word] a service to the other mourning families, as more of them have enquired up to the time of your [deleted word] request, perhaps you would correspond with them direct if you know them or draw their attention by newspaper or radio.

Tell them that the graves will always be well tended.

Minaucourt is disinherited from the point of view of communications – as with all the country of "la zône rouge" (desert created by the 1st World War) – the most simple way to get here is to go by train to Châlon-Sur-Marne, then to here by taxi.

An excellent inn, kept by M. [indecipherable word] willingly welcomes, each year, the parents of soldiers on pilgrimage to the graves of one of their loved ones.