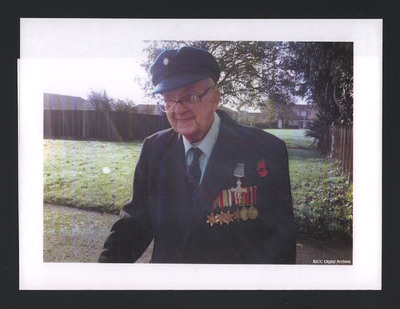 Clifford Watson remembers his training as a pilot in Salisbury, Zimbabwe, but being scrubbed at the flying test. Tells of when he flew a Ju-88 at RAE Farnborough. Talks about the different wages in various trades. Tells of an emergency landing at RAF Horsham St Faith and the removal of a four-thousand-pound bomb. After being demobbed in 1946, he initially worked for a firm on relay systems installations at Whitehaven. Afterwards, he moved to Kenya, where he was employed as a prison officer, and then to Tanganyika, where he worked for the Directorate of Civil Aviation. Gives a detailed and vivid account of his time spent in Africa: tells of the visit of Princess Margaret; repaired radios for the local population; tells of submerged Catalinas in Lake Victoria; underwent surgery in Nairobi for the amputation of two fingers; encounters with the local wildlife; helped an aircraft to land safely. Remembers carrying out radio repairs at Entebbe. When he went back to England, ended up working for Pye Telecommunications.