Interview with Joan and Linda King 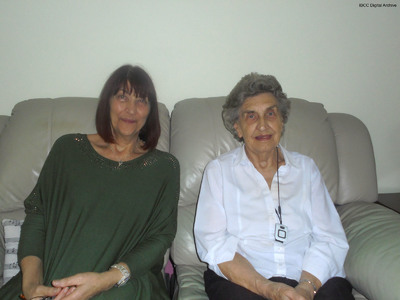 Interview with Joan and Linda King

Joan King was born in Lincoln and together with her daughter, Linda King, talks about her husband, Eddie King, who served as a mid-upper gunner on Lancasters at RAF Scampton with 57 Squadron. He did two tours of operations. While he was briefly posted to RAF Wickenby, he suffered an injury on a flight back from an operation to Germany and while the pilot wanted to bail out over Germany, Eddie convinced the crew to fly back home. Following his injury, Eddie was sent to Roehampton for rehab under tennis coach Dan Maskell. Flew on O for Oboe. Linda mentions Eddie doing low-level flying training on 57 Squadron. Joan and Linda also share family memories.