25 items. An oral history interview with Colonel Andrzej Fragiszek Ksawery Jeziorski (1922 - 2018 P241 Polskie Siły Powietrzne), his log books and photographs. Originally in the Polish army, he arrived in England from France in 1940. He flew operations as a pilot with 301 Squadron and Coastal Command 1942 - 1946.
The collection has been loaned to the IBCC Digital Archive for digitisation by Andrzej Jeziorski and catalogued by Barry Hunter. 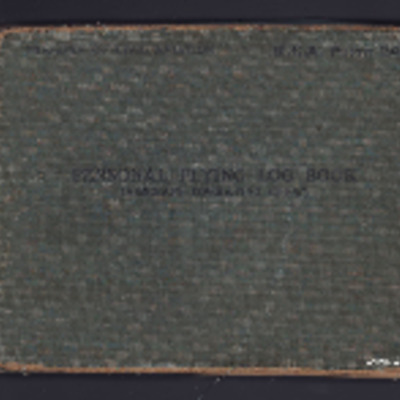 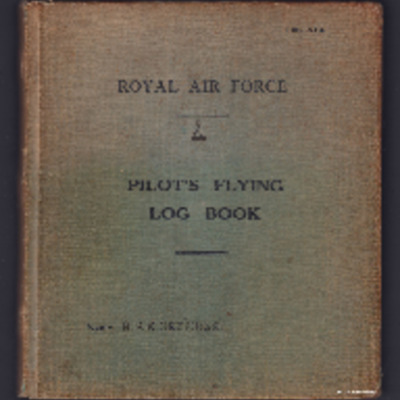 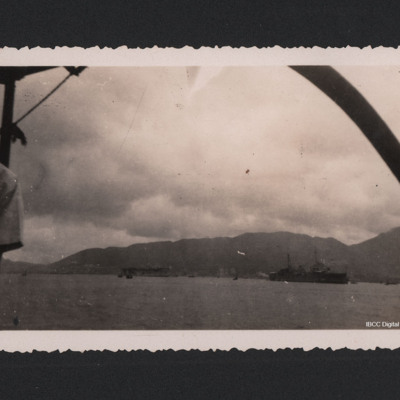 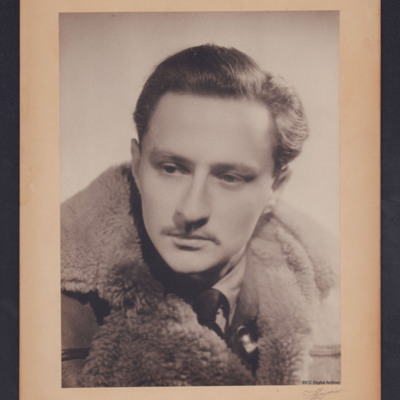 Head and shoulders portrait of Andrezj Jeziorski. He is wearing a flying jacket. On the reverse 'Benbekkula [sic] 1944'. 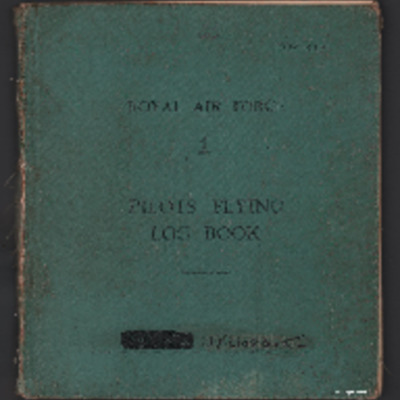 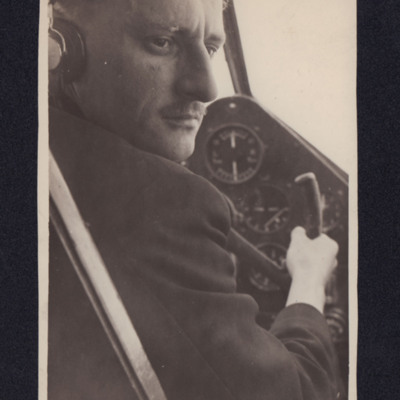 Andrezj Jeziorski in the pilot's seat. Information supplied with the collection states 'At the controls of Rapide a/c, Duxford Museum 1983' 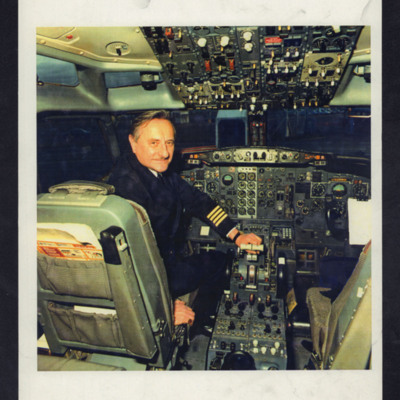 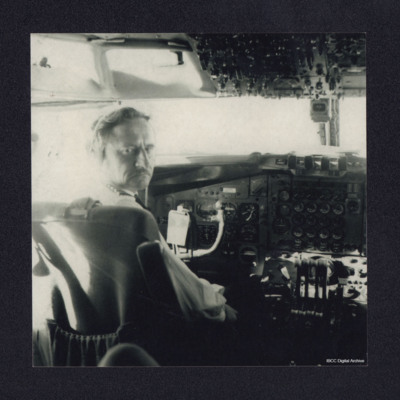 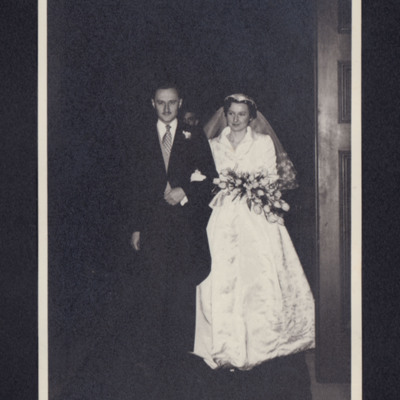 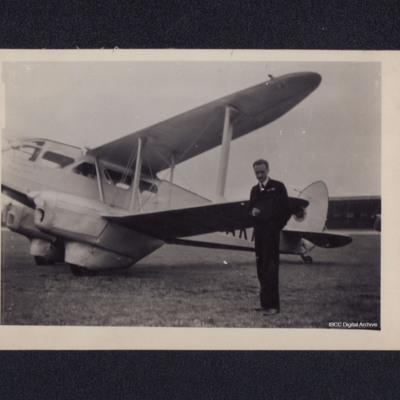 Andrezj standing at the wing tip of a Dragon Rapide. On the reverse 'June 26th 1950. Squires Gate, Blackpool. Rapide with Pilot C. Jones'. 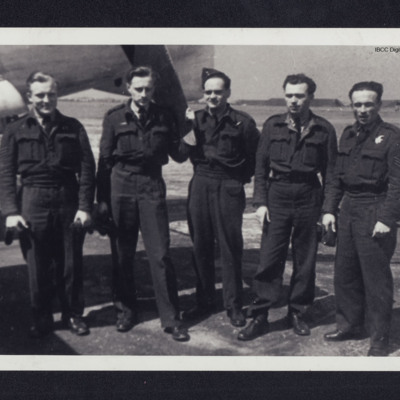 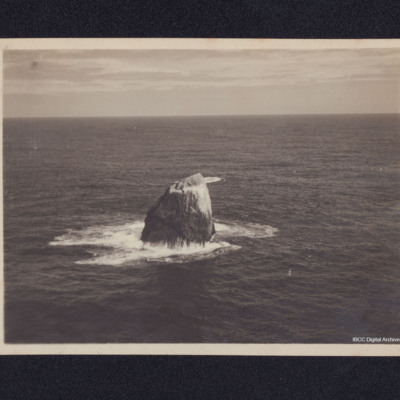 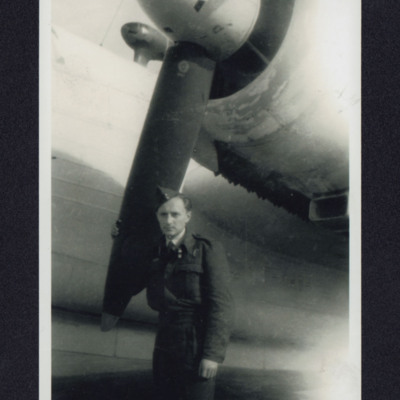 Andrezj Jeziorski holding a propeller. Information supplied with the collection states the aircraft is a Wellington at RAF Silloth, No 60 Training Unit, 1945. 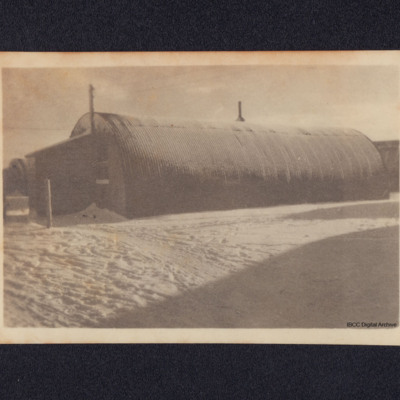 A Nissen hut in the snow at Benbecula. 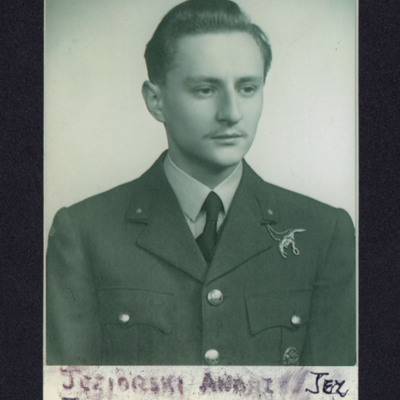 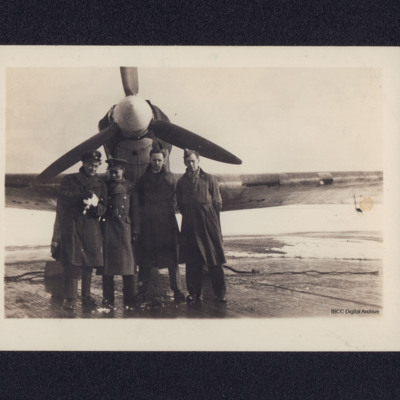 The four men are standing at the front of a single engined aircraft. Information supplied with the collection states the location as RAF Manby, First Armament School, 1943. A port side view of an Oxford in flight. Information supplied with the collection states it is from the Service Training School at RAF Newton, 1943. 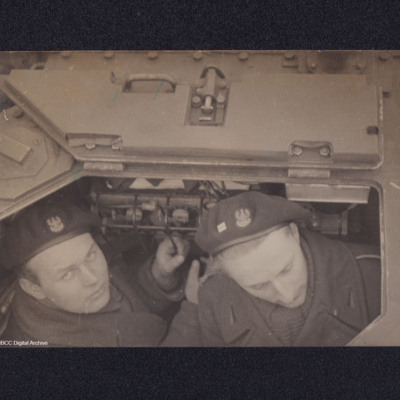 The two men are in the turret of a Valentine tank.

Training at Crawford, Duns and Blairgowrie 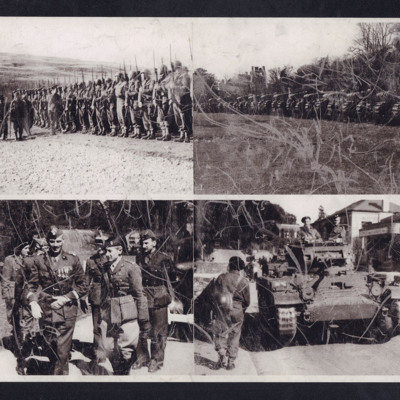 Photo 1 is a squad of men being inspected by an officer, Crawford 1940.
Photo 2 is Churchill tanks at Duns, 1942.
Photo 3 is an inspection by General Wladyslaw Anders in 1942.
Photo 4 is a Valentine Mk III tank with Lt. Ludwik Makiello in the… 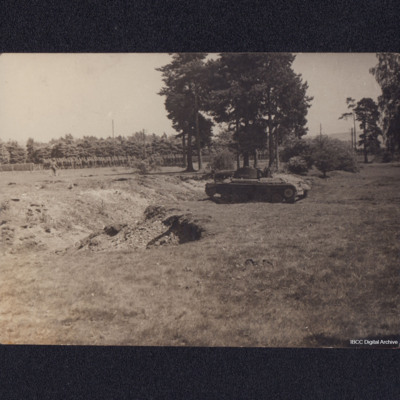 In the foreground is a tank and behind is a squad of men. The location is identified as Blairgowrie in information supplied with the collection. 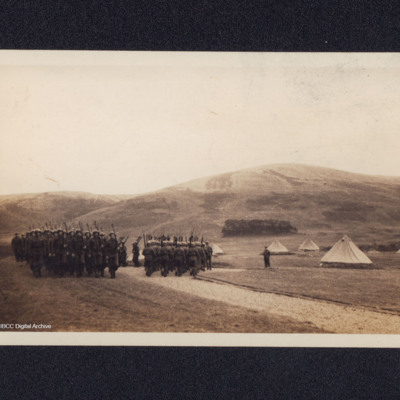 Five photographs identified as being taken at the Officers' Training School, Crawford.
Photo 1 is of two squads of marching men with bell. To one side are bell tents and behind are low hills.
Photo 2 is taken from a hillside looking down on many…

Andrzej Jeziorski on a Horse 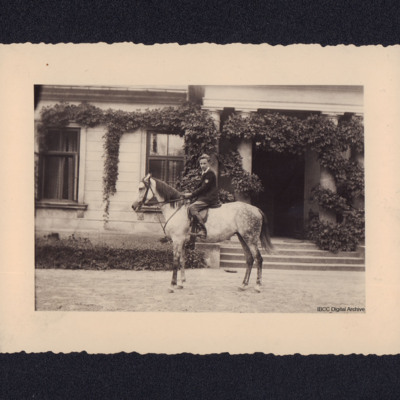 Andrzej Jeziorski on a horse, named as Gezisza. Information supplied with the collection states 'Summer Vacation 1938'. 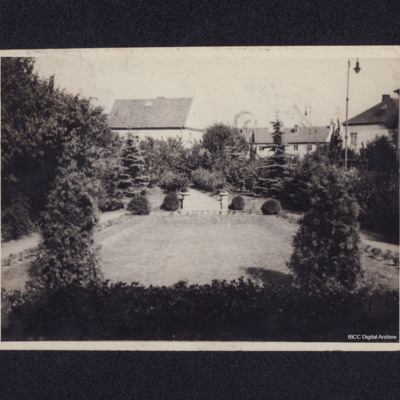 The garden of Andrzej Jeziorski's house. 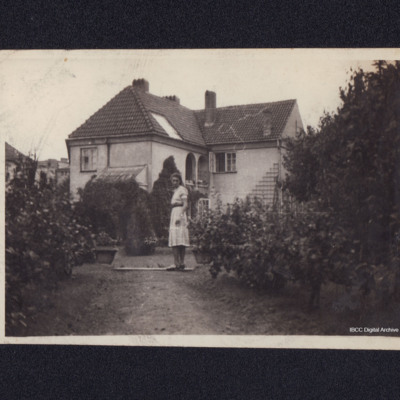 A woman standing in a garden with her house behind. 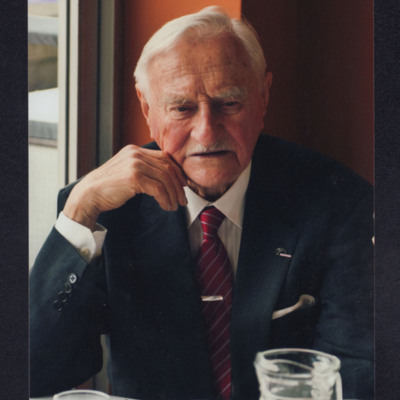 Andrzej Jeziorski was born in Poland and, when war broke out, fled to Britain, where he flew as a pilot with 304 Squadron. Remembers the 1st of September 1939. Talks about his father, a Navy officer who served in the First World War. Mentions his…
View all 25 items