14 items. An oral history interview with Eric Horsham (b. 1923), 9 photographs, and his memoirs. He flew operations as a flight engineer with 102 Squadron from RAF Pocklington.

The collection has been loaned to the IBCC Digital Archive for digitisation by Eric Horsham and catalogued by Barry Hunter.

Eric Horsham and his bride 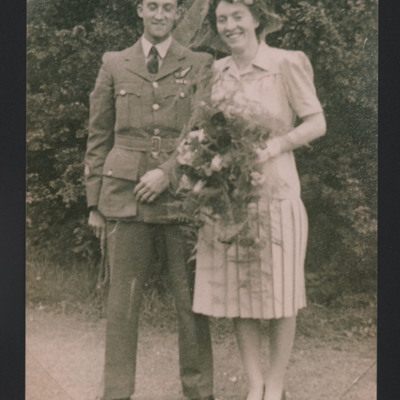 Eric is in uniform standing with his bride. She is carrying a floral bouquet. Behind are bushes.

97 cadets and one officer 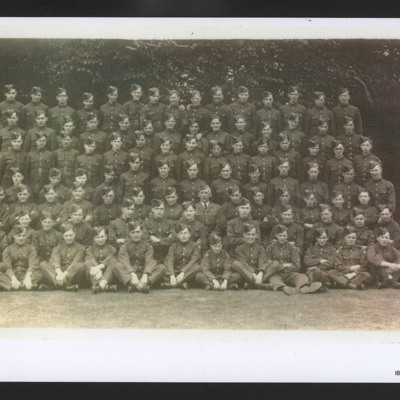 Copy of a photograph of a group of RAF personnel with no visible brevets. They are arranged in seven rows, with the front four seated and the last three standing. There are two markers at the left-hand side indicating the rows in which Eric Horsham… 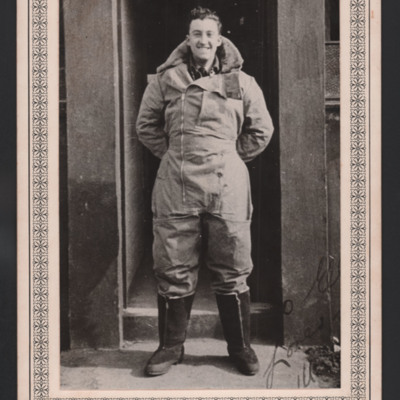 Eric Horsham in thermal flying gear, standing in a doorway. Captioned 'Up, up and away!’, on the reverse 'Eric – One of the few', with signatures. 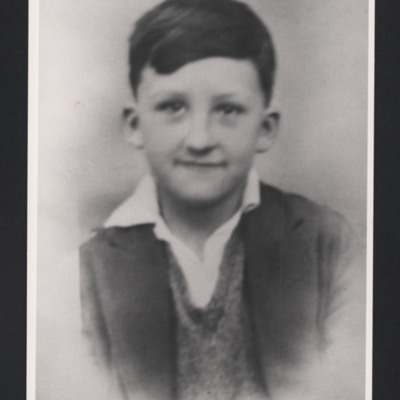 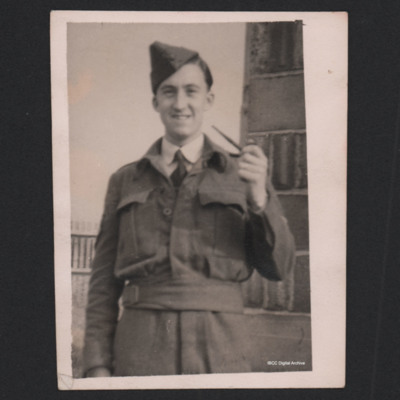 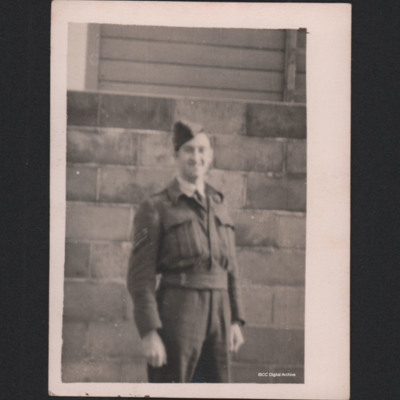 Three quarter length portrait of Eric Horsham in sergeant's uniform, behind is a stone wall. 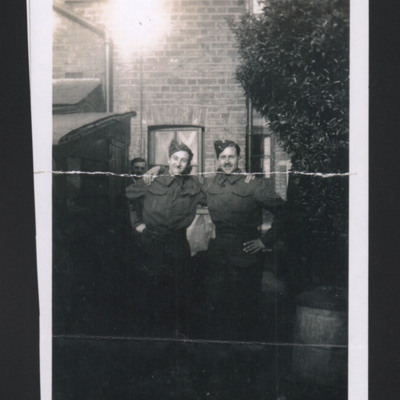 Two brothers standing outside their house. They are in uniform with arms round each other's shoulders. A third man's head can be seen in the background.
On the reverse '68 Purrett Rd Plumstead 1940/1 Eric LEFT Brother Roy now Capt 1944'. 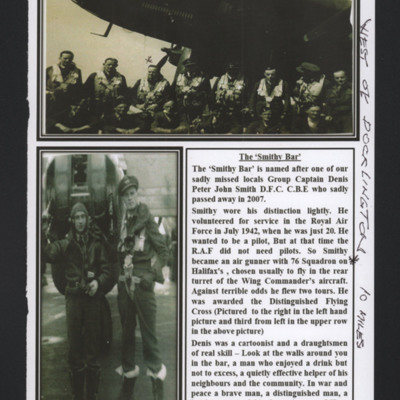 The bar was named after Group Captain Denis Peter John Smith DFC CBE. The text describes the man and there is a photograph of crew under the nose of an aircraft and a second photograph has two airmen standing at the rear of an aircraft. It is…

Some passing quips with aircrew friends 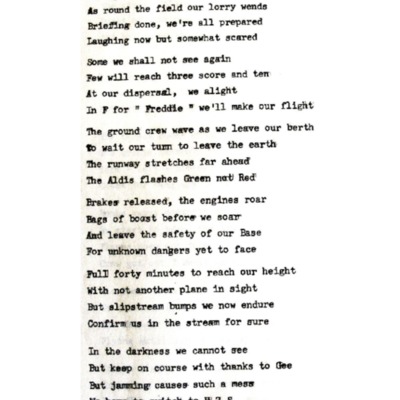 A poem about a bombing operation 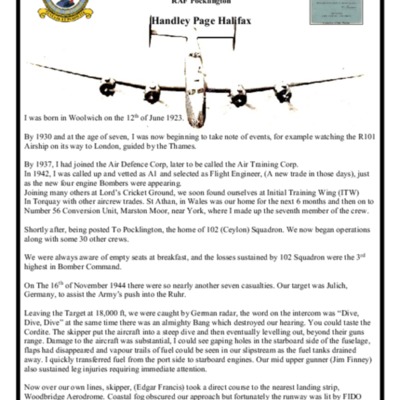 Recollection of Eric Horsham from his early years in Plumstead, training at Lords, Torquay, St Athans, Marston Moor then 102 Squadron at Pocklngton. On one operation they were badly damaged but made a successful forced landing at Woodbridge, assisted… 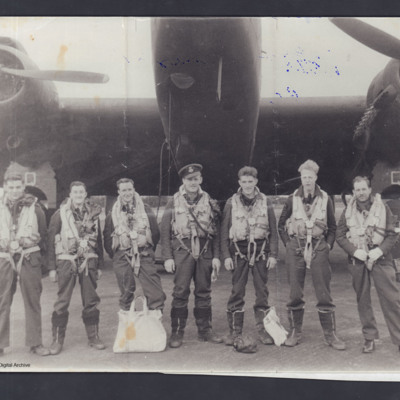 Brief recollection of Eric Horsham from his early years in Plumstead, training at Lords, Torquay, St Athans, Marston Moor then 102 Squadron at Pocklngton. On one operation they were badly damaged but made a successful forced landing at RAF…

Eric Horsham was born in Plumstead, London. He worked initially as a messenger for the Royal Ordnance before following the family footsteps in to the railways. He volunteered for air crew and began training as a flight engineer. He flew operations…
View all 14 items