56 items. The collection concerns Arthur Hollis (b. 1922) who joined the RAF in 1940 and after training completed a tour on 50 Squadron before becoming an instructor. At the end of the war he was deployed as part of Tiger Force. Collection contains a biography and memoir, his logbook, correspondence, training records, photographs of people, aircraft and places, his medals and flying jacket. It includes an oral history interview with his son, Richard Hollis.

The collection has been loaned to the IBCC Digital Archive for digitisation by Richard Hollis and catalogued by Nigel Huckins. 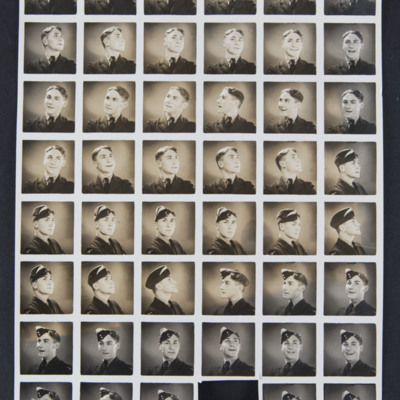 47 small photographs - 'contacts' - from a roll of film of Arthur Hollis, in uniform, some with cap. One photograph cut out.

Squadron personnel in front of Lancaster 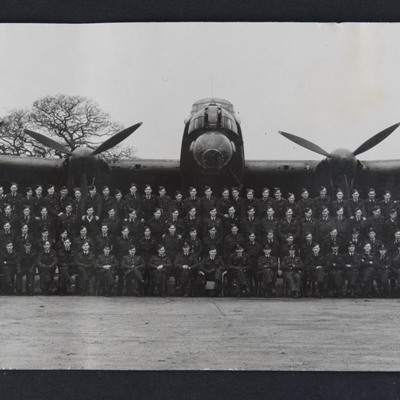 Four rows of personnel standing and sitting in front of a Lancaster. In the background, trees. 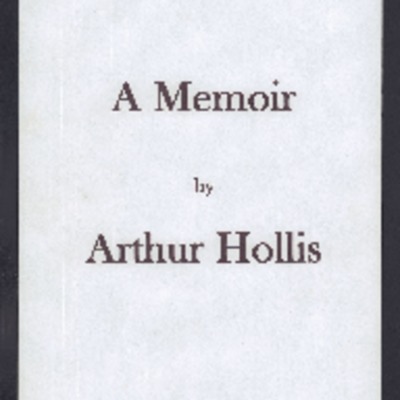 Second page has colour photograph of Arthur Hollis, wearing blazer with medals, standing in a field at an event. Narrative covers early life in Hornchurch and Carshalton including schooling and hospital admissions. Writes of Dulwich College studies… 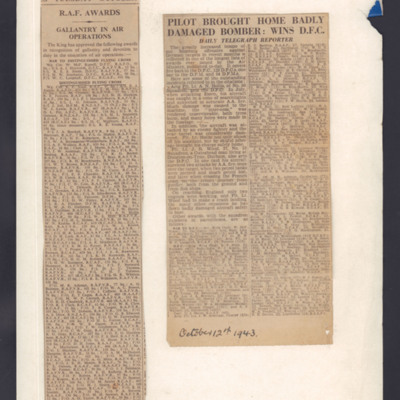 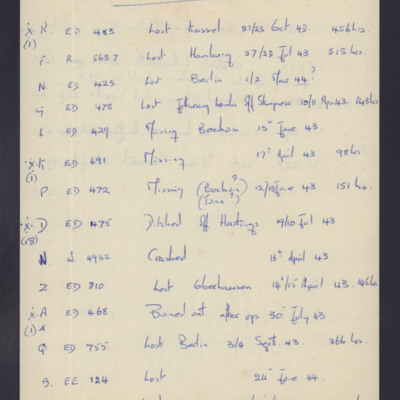 List of aircraft with aircraft letter, what happened to the aircraft, and some with hours or number of operations.. 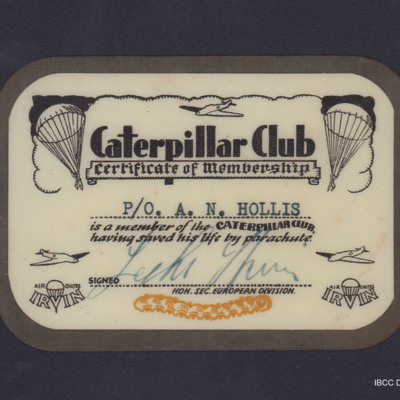 Certificate of membership made out to Pilot Officer A N Hollis. 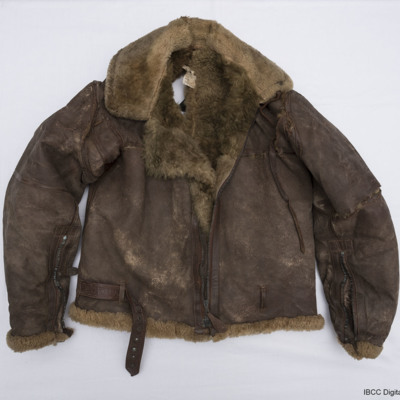 Six photographs of all or parts of a fur collared brown leather flying jacket. Two are front and back view of complete jacket, one of label with name 'Hollis', one of part of shoulder, Two different views of armpit - one showing some damage. 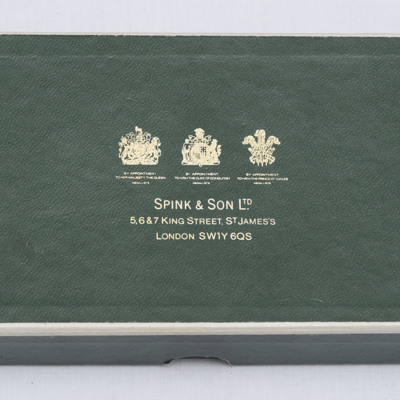 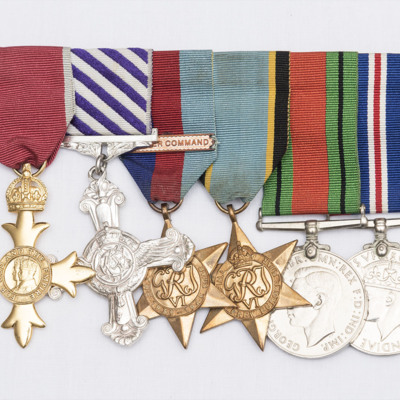 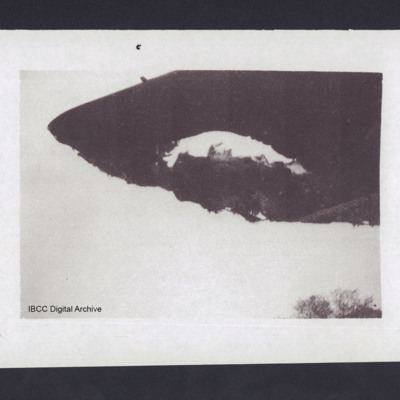 Wing tip with damage to outer edge and a large hole in centre. Taken from below. 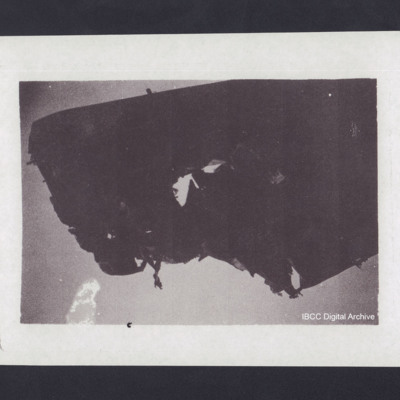 Wing tip with damage on outer and trailing edges and a hole in the centre.

Damage to wing of aircraft 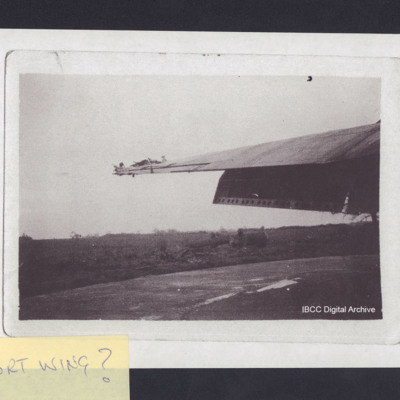 Shows outboard portion of wing, flaps down, with damage at the tip. Attached note 'Port Wing?'.

Pilot on wing of Harvard 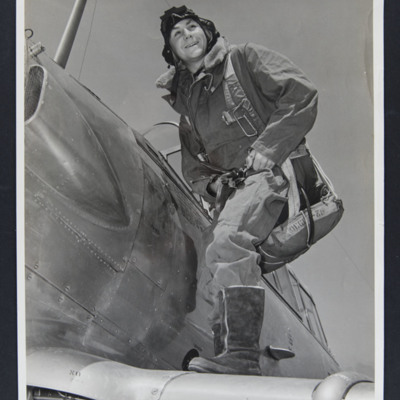 Pilot in cockpit of a Harvard 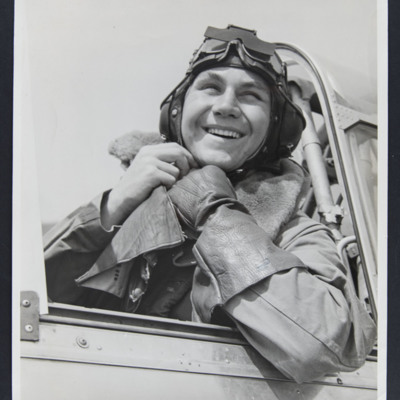 Arthur Hollis wearing flying helmet, fur collared flying jacket doing up his collar while sitting in a Harvard. On back of photo: 'Photo by Chas C Ebbets, Embry-Riddle School of Aviation, Miami, FLA'

Pilot in cockpit of a Harvard 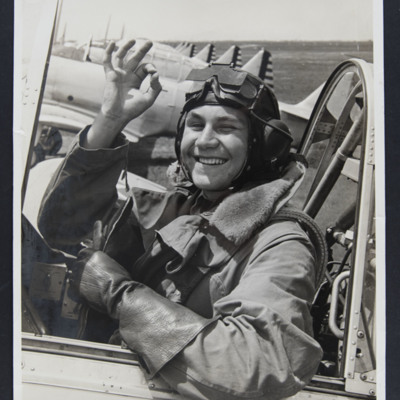 Arthur Hollis wearing flying helmet and fur collared flying jacket sitting in the cockpit of a Harvard giving OK sign with his right hand. In the background a line of other Harvard aircraft. On back of photo: 'Photo by Chas C Ebbet, Chief, Photo… 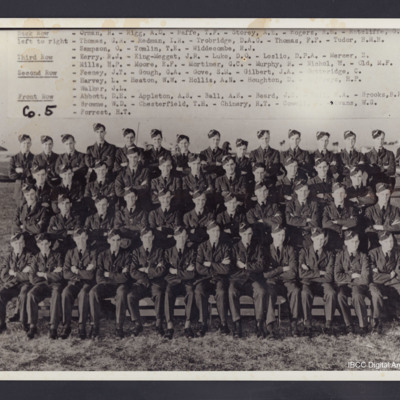 A large group of trainee airmen wearing battledress and side caps in four rows. All are named at the top of the photograph. Arthur Hollis is second row up, fourth from right. On the reverse 'No 5 Course, RAF Clewiston, Florida, 1941/42'.

Parade in front of Harvard aircraft 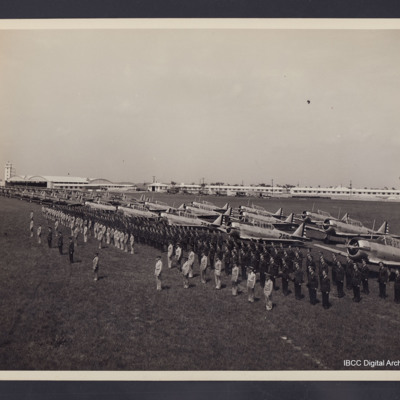 A large parade of three flights in front of Harvard aircraft. Three rows are wearing 'blue' uniform and side caps, a row of airmen in front wear tropical khaki uniform and peaked caps. Flight and parade commanders stand in front of respective rows.…

Parade in front of Harvard aircraft 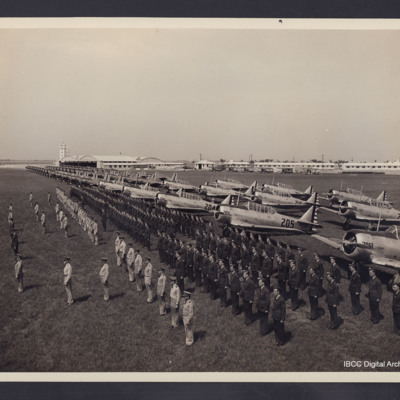 A large parade of three flights in front of Harvard aircraft. Three rows are wearing 'blue' uniform and side caps, a row of airmen in front wear tropical khaki uniform and peaked caps. Flight and parade commanders stand in front of respective rows.… 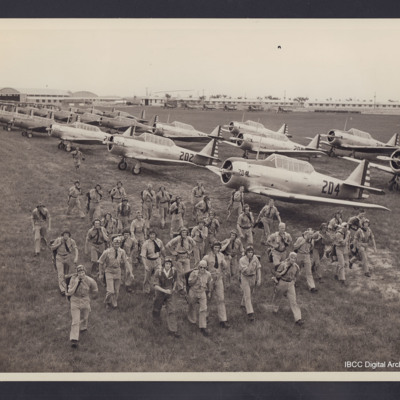 Group of airman in flying kit walking away from a large number of lined up Harvard aircraft. In the distant background biplanes and buildings. 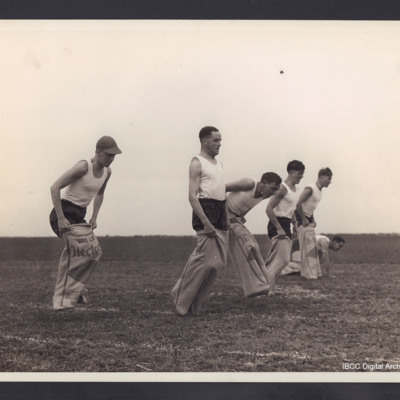 Six men wearing shorts and vests (one with peaked cap) in line in a sack race over open ground. 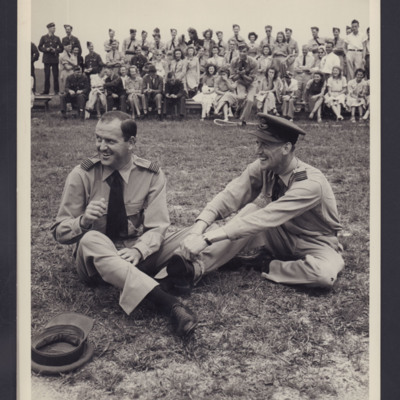 A wing commander on the left, with peaked cap on ground and a squadron leader on the right wearing peaked hat, both wearing tropical khaki uniform sitting on the ground laughing. In the background a trainee airman in tropical uniform is holding a… 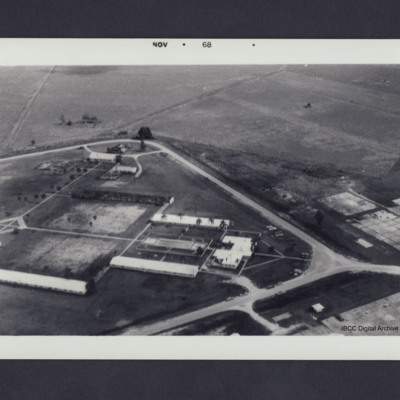 Buildings inside a diamond shaped pattern of roads. Photo dated on front Nov 1968. On the reverse 'Clewiston, 1968'. 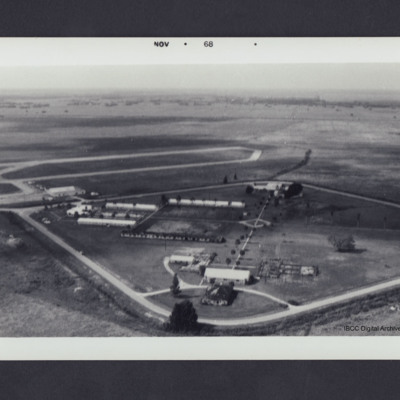 Buildings inside a diamond shaped pattern of roads with airfield in middle distance left. Photograph dated on front Nov 1968. On the reverse 'Clewiston, 1968 looking WSW'. 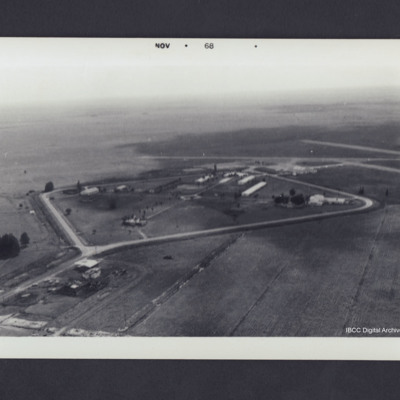 Oblique aerial photograph showing buildings surrounded by diamond shaped pattern of roads with airfield in the middle distance on the right. Photograph dated on front Nov 1968. On the reverse 'Clewiston, 1968 looking SSE'.
View all 54 items