The collection has been donated to the IBCC Digital Archive by Peter Peck and catalogued by Barry Hunter. 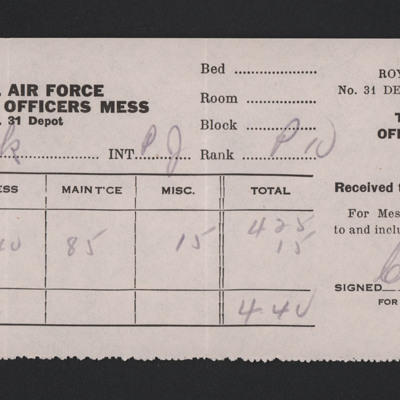 A messing bill for $4.40 from RAF Moncton 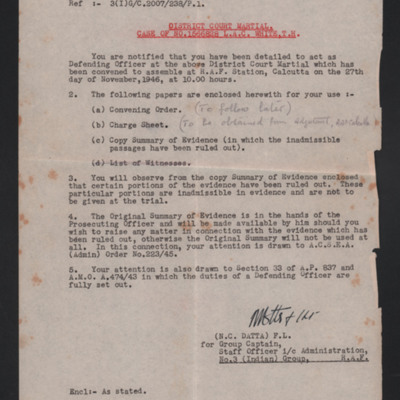 Notes used in the tial of Thomas Hamilton White 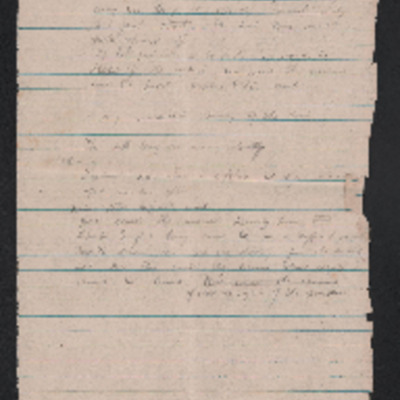 Handwritten notes for the trial of Thomas Hamilton White. 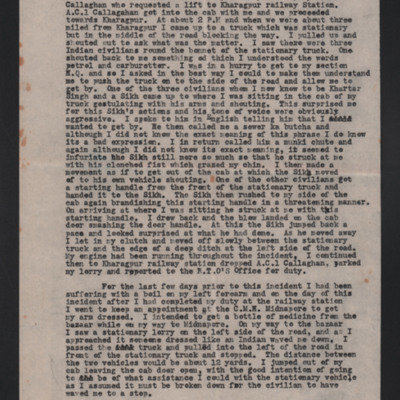 Thomas' explanation of the events.

Closing Report for the Defence 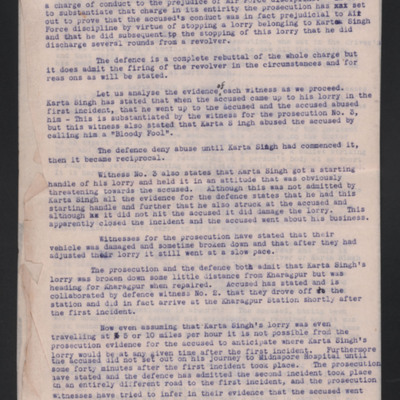 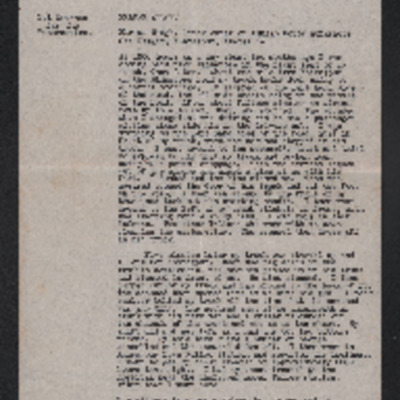 Evidence provided by five witnesses for the Prosecution and the 1st witness for the defence. 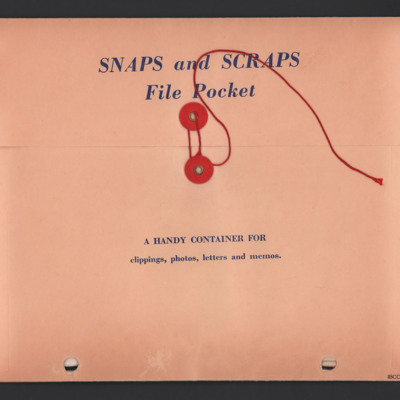 Part of the scrapbook to be used for small items. 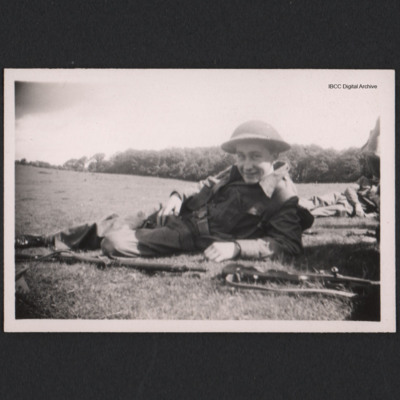 A soldier resting on a grassy field with his rifle by his side. 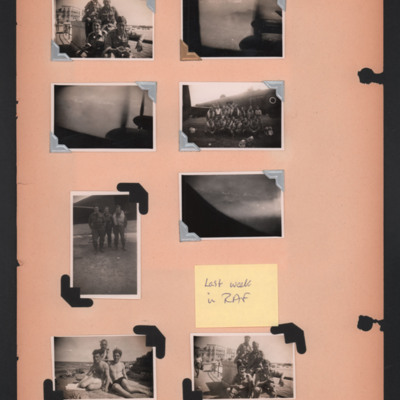 Eight photographs from an album.
Photo 1 and 8 are the same, five airmen on a seaside promenade. They are in khaki uniforms.
Photo 2 and 3 are aerial views from a Lancaster towards Mount Vesuvius.
Photo 4 is group of soldiers with a 156 Squadron… 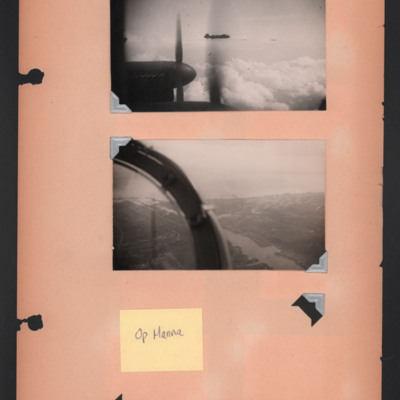 Two photographs from an album.
Photo 1 is a starboard side view of a Lancaster in flight.
Photo 2 is a view of Lowestoft harbour, docks and river Waveney with row of ships. Underneath is a post-it with 'Op Manna'. 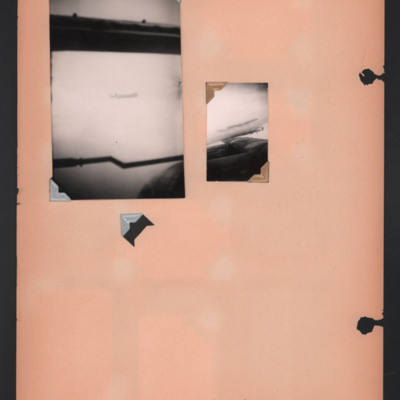 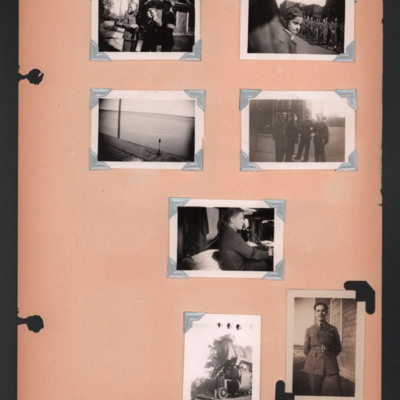 Seven photographs from an album.
Photo 1 and 4 are of four airmen waiting for the parade to start.
Photo 2 is soldiers marching past.
Photo 3 is a view across a lake from a train.
Photo 5 is an airman sitting on a bed.
Photo 6 is the front of a… 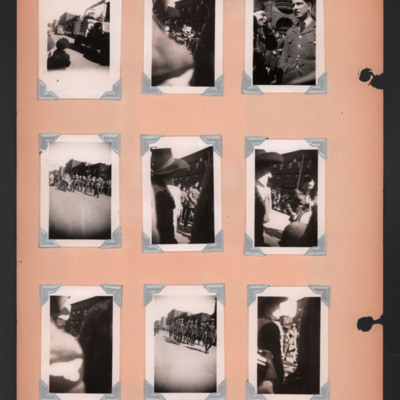 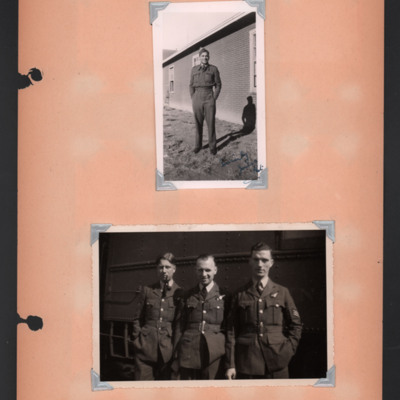 Two photographs from an album.
Photo 1 is a single airman standing with his hands in his pockets outside a brick building. It is annotated 'Sincerely Yours, Pat'.
Photo 2 is a three quarter length portrait of three airmen standing in front of a… 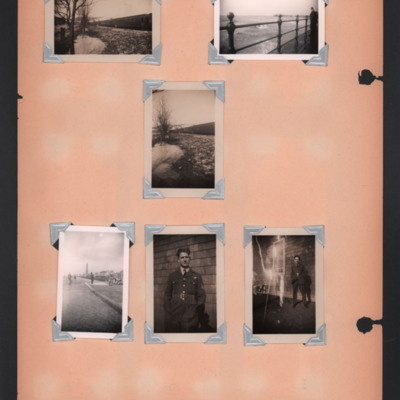 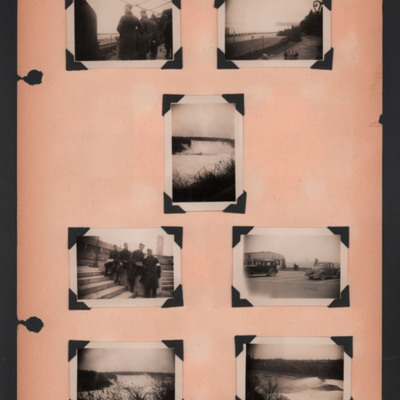 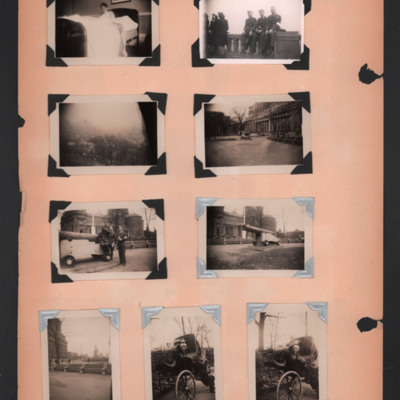 Nine photographs from an album.
Photo 1 is an airman in his hotel bed.
Photo 2 is three airmen sitting on a balustrade.
Photo 3 is a misty view over Montreal.
Photo 4 is the cannon outside the Sun Life building.
Photo 5 is three airmen posed at… 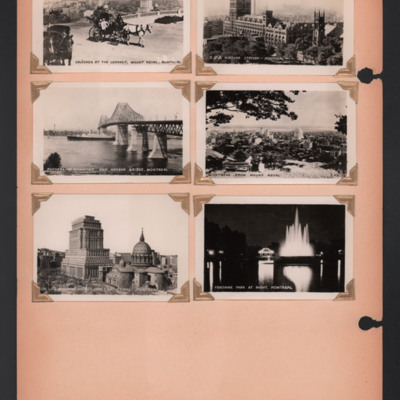 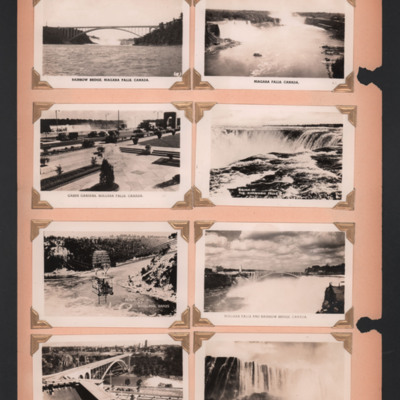 Ten postcards of Niagara Falls.
Photo 1 is the Rainbow Bridge.
Photo 2 is the Canadian falls.
Photo 3 is the Oakes garden with the falls in the background.
Photo 4 is the edge of the Horseshoe Falls.
Photo 5 is the aerial car over the Whirlpool… 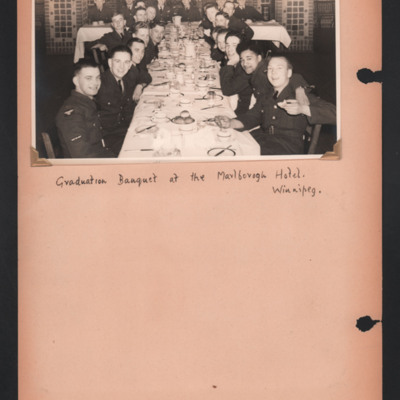 Two photographs of the top table and a long table filled with airmen at their graduation dinner.
A third photograph is a landscape with snow and trees taken at NO. 5 AOS. 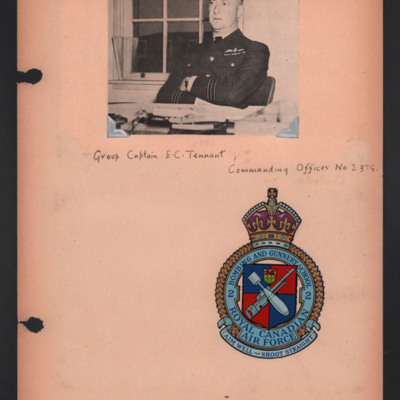 A photograph of EC Tennant, Commanding Officer No 2 B&G and a crest of the RCAF No 2 Bombing and Gunnery School.

Two airmen about to climb into an aircraft at RCAF Mossbank No. 2 Bombing and Gunnery School. Both are fully kitted out in flying gear. One man is on top of the aircraft and another is on the wing. On the right is the instructor, Pilot Officer Ernest… 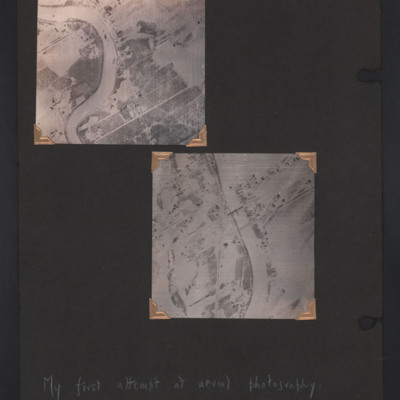 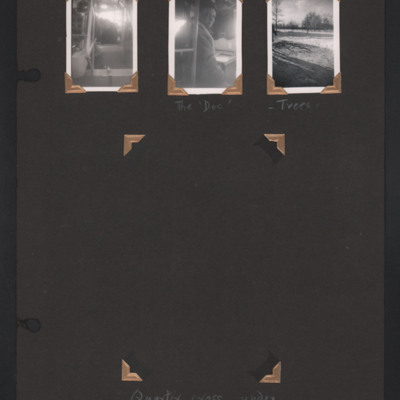 Three photographs from an album.
Photo 1 is a view of the flight deck from behind.
Photo 2 is an airman at a work station in the cockpit, annotated 'The Doc'
Photo 3 is some trees and snow.
A fourth photo has been removed.

An airman standing outside a church. In his right hand he is holding papers.
View all 48 items