65 items. An album containing photographs of Stan Shaw and his time in a cycle club. 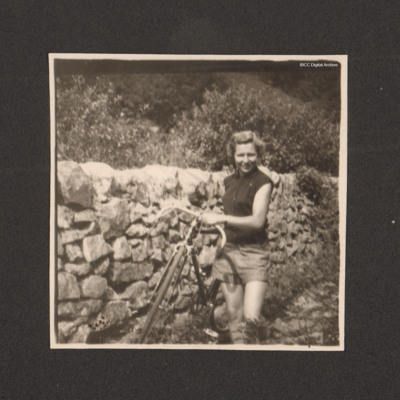 A woman with a bicycle, standing by a stone wall. 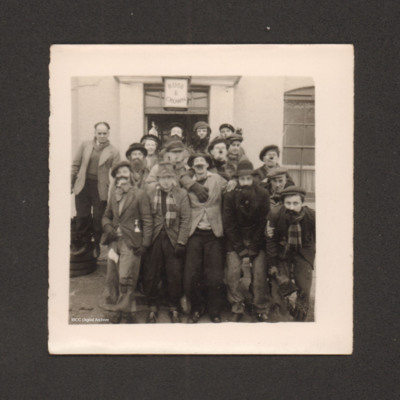 A group of 16 men and women. They are dresses up as older folk with beards, moustaches, scarves and flat caps outside the Rose & Crown pub.

Stan Shaw on his bicycle 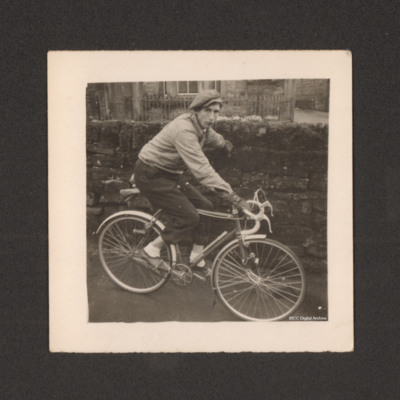 Start of a Cycle Race 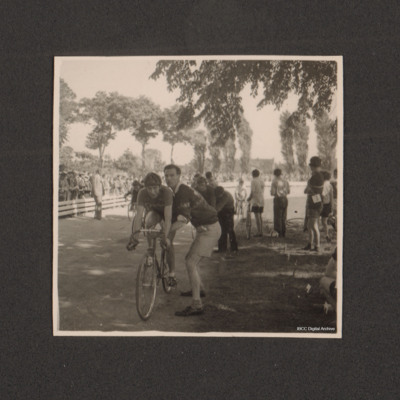 One cyclist being supported at the start of a race with three more behind. 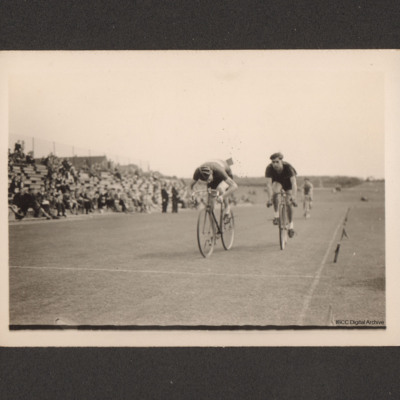 Two cyclists sprinting to finish a race, watched by a crowd on banked seating. 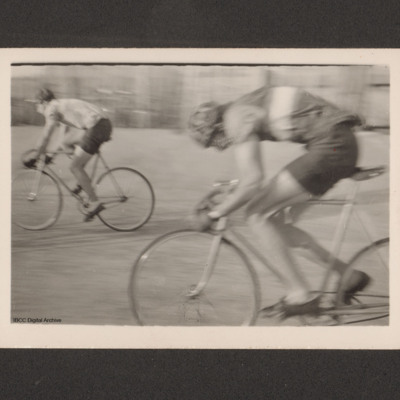 Two cyclists racing, viewed from the side. 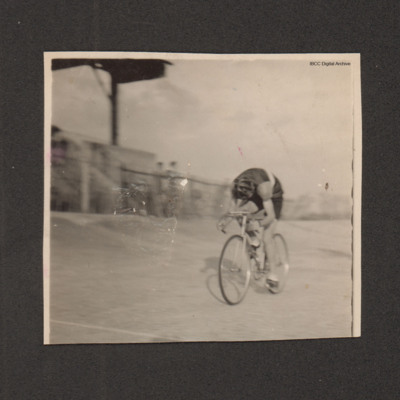 A cyclist at a velodrome. On the reverse 'Sprint at Municipal track 1948'. 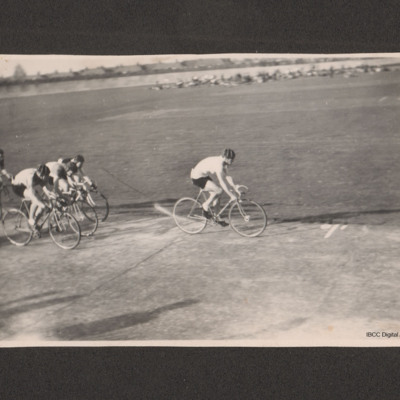 The group is racing round a velodrome with one man in the lead. 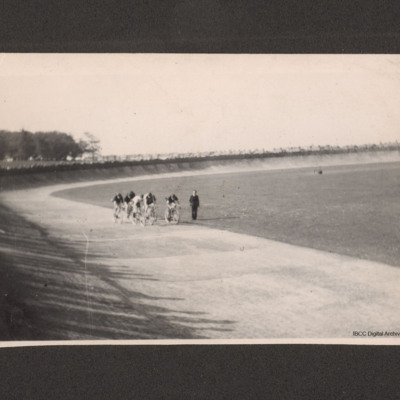 Six cyclists watched by an official, on a velodrome. 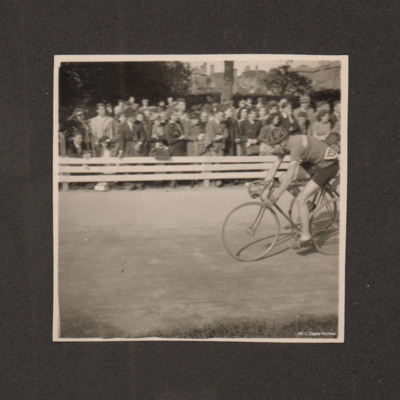 Two cyclists racing and watched by a large crowd. 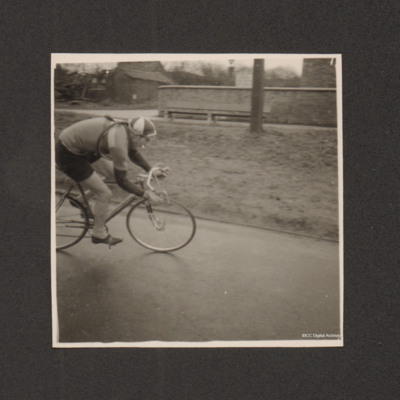 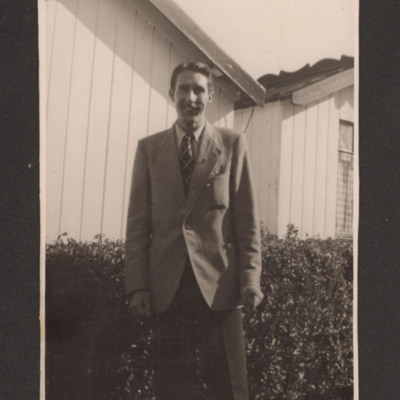 Stan standing in front of wooden huts. He is wearing shirt, tie, blazer and flannels. On the reverse '[indecipherable] Shaw'. 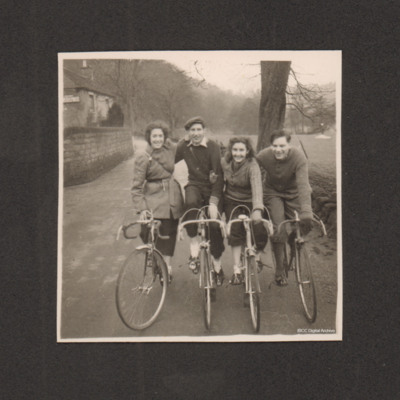 Two men and two women cyclists with arms linked together. Stan is second from left. 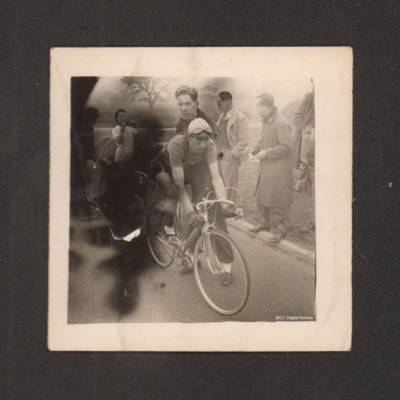 Stan on his bicycle being supported by an assistant at the start of a race.

Three Men and a Football 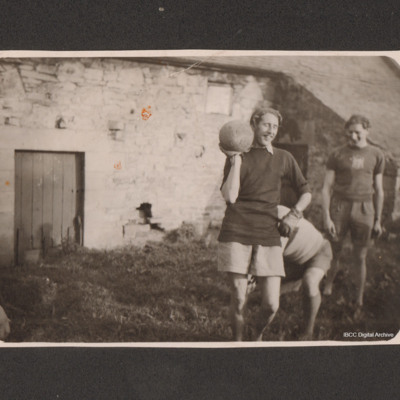 Three men, one holding a football. Behind is a stone building.

Stan Shaw and his Cycle 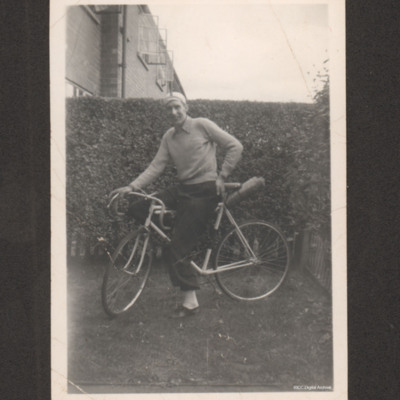 Stan astride his bicycle, in a garden. On the reverse 'Stan after a morning on the road. Sept. 52 [indecipherable]' 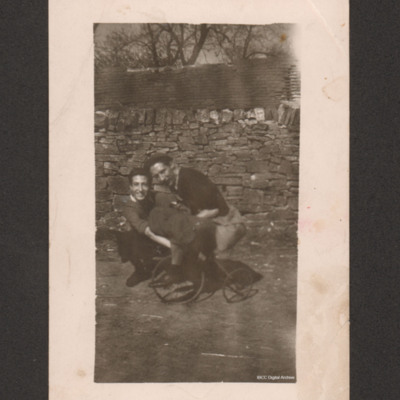 One man sitting on a child's tricycle with another man crouched beside him. Behind is a stone wall. 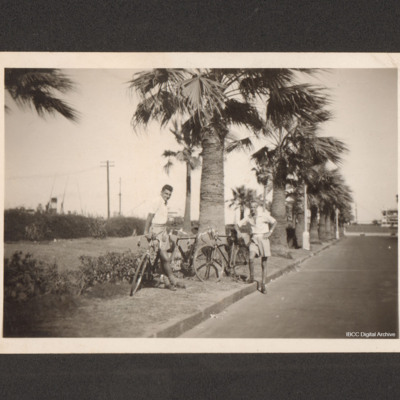 Two men standing by their bikes. Behind are a row of palm trees. On the reverse 'Arthur and Jack Tour de Egypt. May. 1947.' 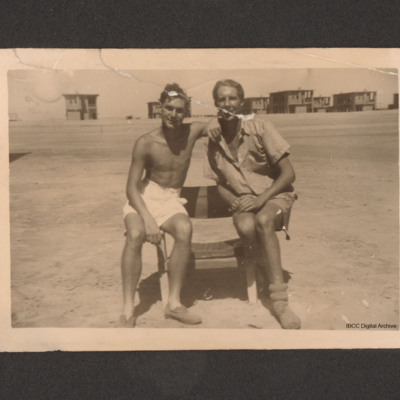 Two friends sitting outside on the arms of a chair. On the reverse 'Dave and Self [indecipherable] 1946'. 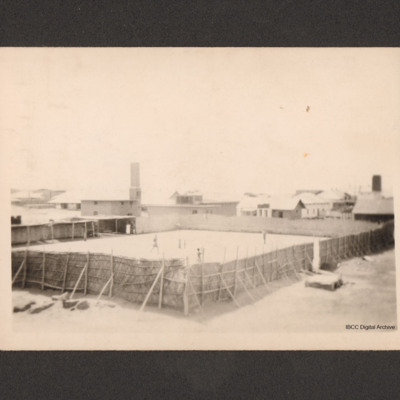 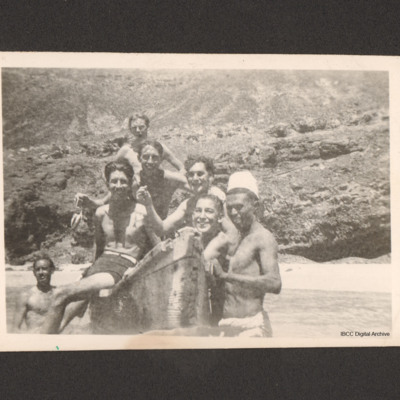 Seven airmen arranged on and around a small boat. They are displaying tiny fish that they have caught. On the reverse 'The Barren Rock Fishermen Aden. Oct. 1946'. 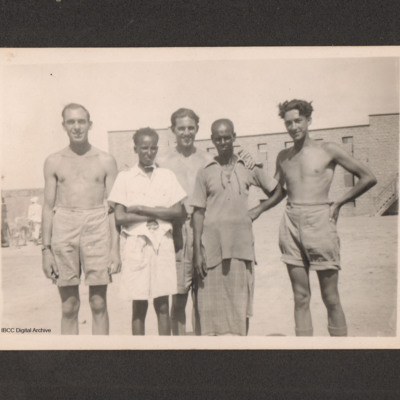 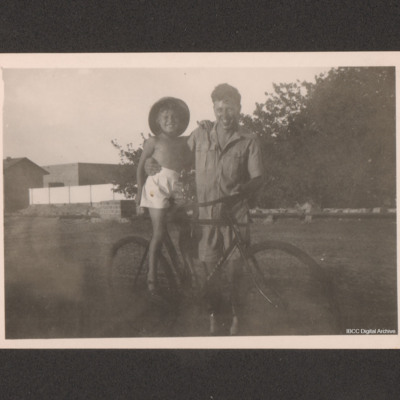 An airman holding a child on his bicycle. The boy is wearing a pith helmet. On the reverse 'Johnnie and Peter, Aden. Oct. 1946'. 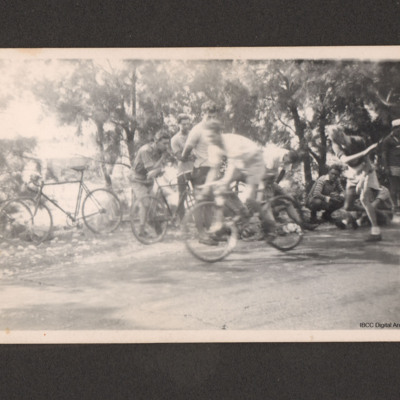 Three photographs of cyclists. Most are resting but in each image one cyclist is passing by. 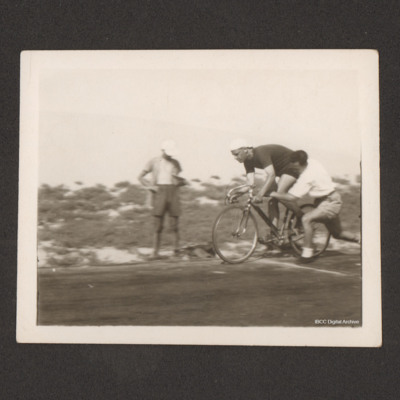 A cyclist supported by an assistant and watched by a race official.
View all 65 items