Six items. Two oral history interviews with George Dunn DFC (1922 1333537, 149315 Royal Air Force), a photograph a document and two log books. He flew operations as a pilot with 10, 76, and 608 Squadrons then transferred to 1409 Meteorological Flight.
There is a sub collection of his photographs from Egypt.

Seven Airman and a Halifax 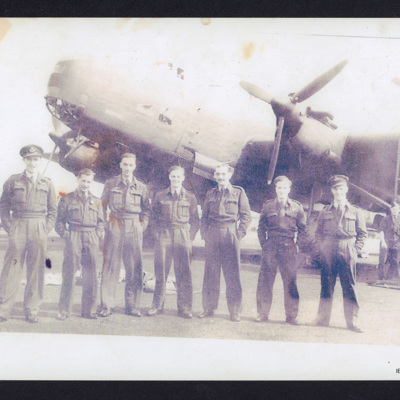 Seven airmen standing with their hands in their pockets in front of a Halifax. A member of the ground crew is behind. An extract from George's logbook with a summary of his flying in the RAF. It includes aircraft type, where and hours flown.

Airman on a Camel 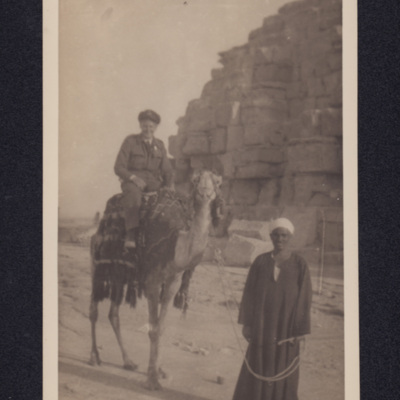 An airman sitting on a camel with an Egyptian. Behind is a pyramid.

Two Airmen in a Launch 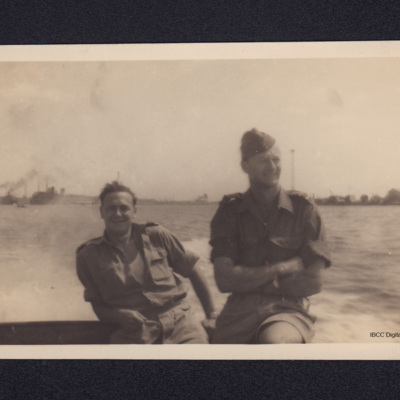 Two photographs of two airmen on a launch. Both are wearing shorts. 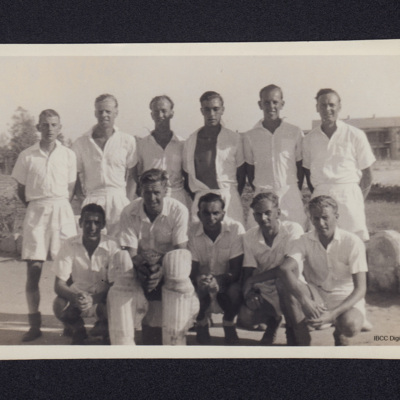 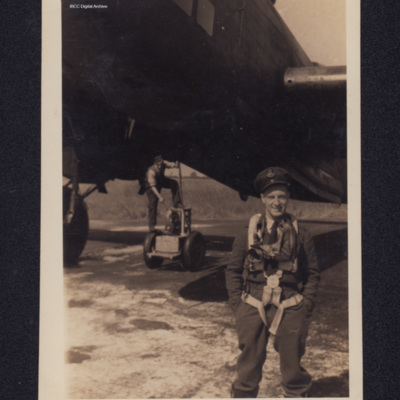 An airman in flying kit standing at the front of his aircraft. A ground crew airman is working behind him. On the reverse 'George with Halifax'. 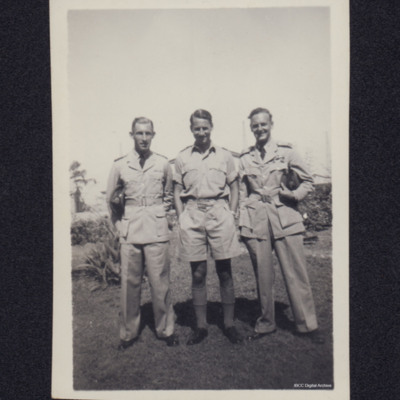 Three airmen wearing tropical uniform, one in shorts. On the reverse '12.6.47' 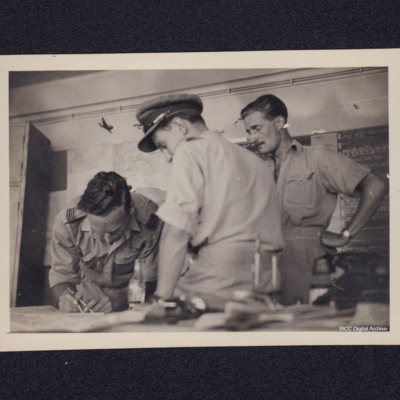 The three airmen are working on a table. On the reverse Working out Dave's courses etc for his U.K. trip June 46'.

Four Men in a Jeep 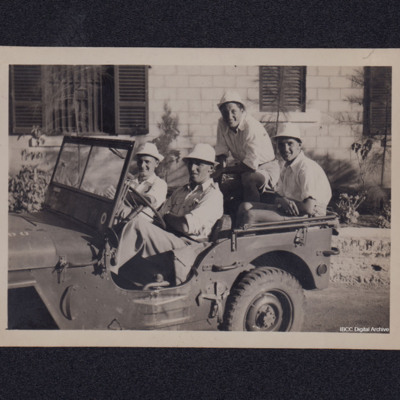 The four men in a jeep. On the reverse 'Our usual gang in jeep "By Pass Rules" 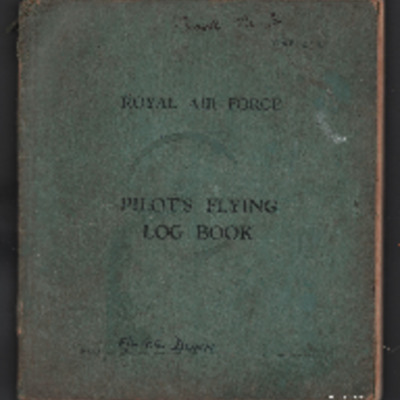 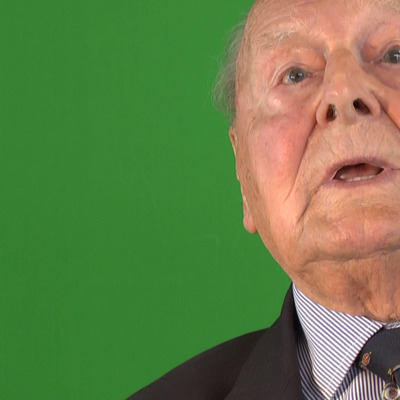 George was born at Whitstable and was 17 when war was declared. He joined the local Defence Volunteers which became the Home Guard. When he reached 18 he volunteered for air crew. He was interviewed at Chatham and sat an exam and selection board to…
View all 13 items