The collection has been loaned to the IBCC Digital Archive for digitisation by Vicki Ansell and catalogued by Barry Hunter. 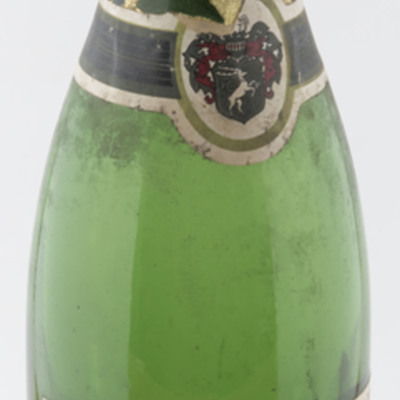 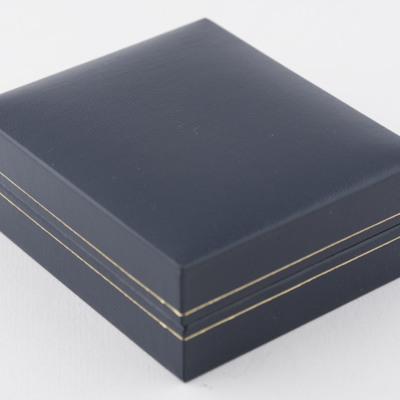 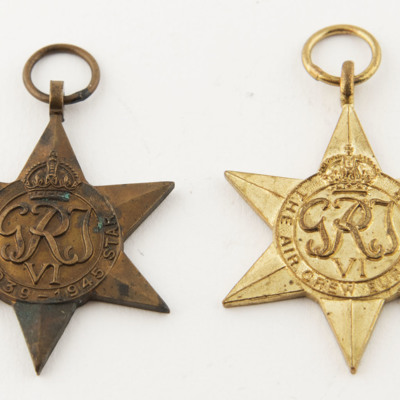 Close up of two medals (without ribbons) awarded to Henry Ansell, front and rear. 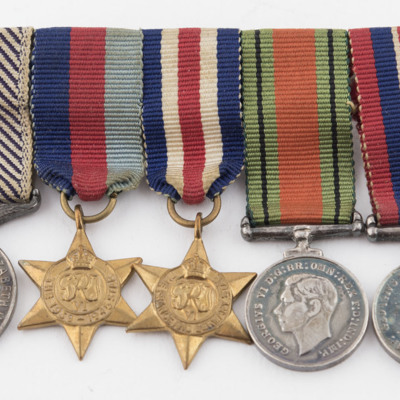 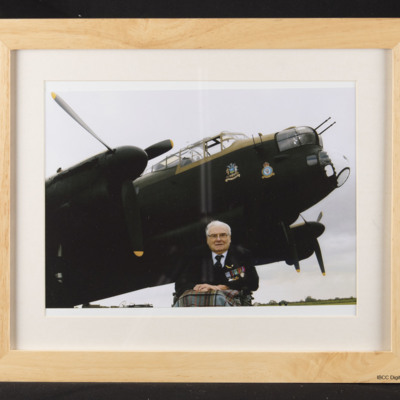 Henry Ansell seated in a wheelchair. Behind is the front of a Lancaster.

Large group of airmen in front of a Lancaster 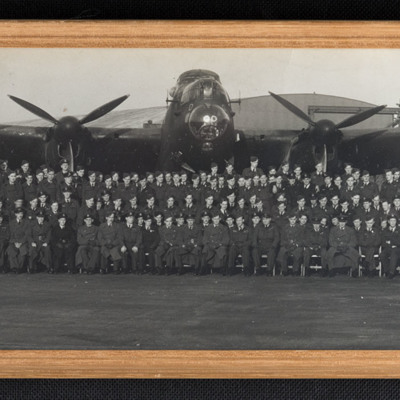 A squadron photograph of four rows of airmen arranged in front of a Lancaster with hangars behind. Attached note on the reverse '4th from port innes prop HTA'.

Seven airmen at the rear door of Lancaster W4783 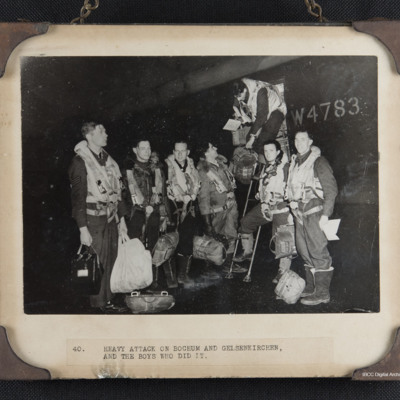 Seven airmen at the rear door of Lancaster W4783. Six are standing in full kit and a seventh is at the top of the ladder in an open door. The image has been taken at night. Captioned '40. Heavy Attack on Bochum and Gelsenkirchen, and the boys who… 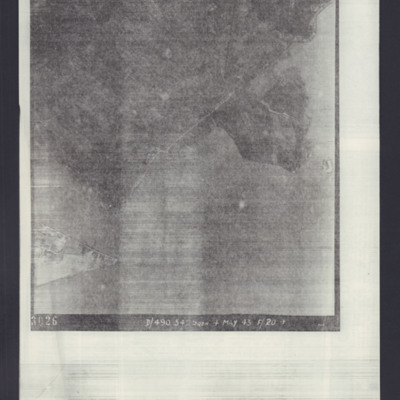 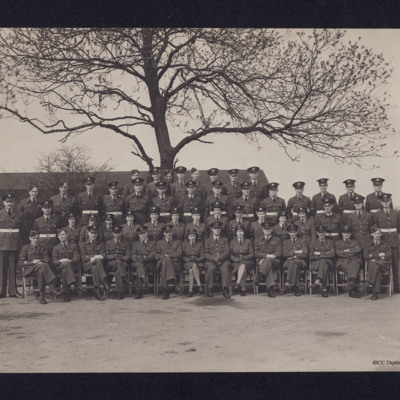 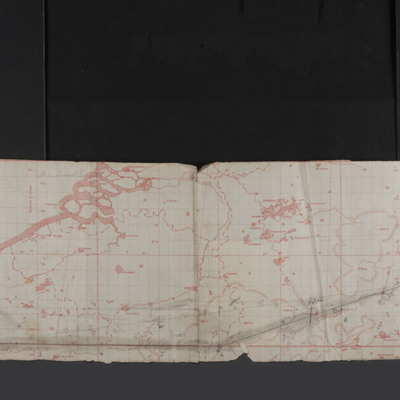 A fragment of a route map used by a navigator from England to north east Germany. 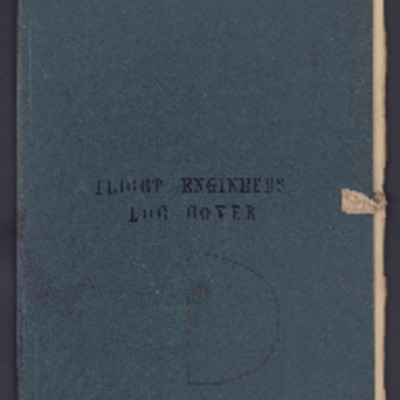 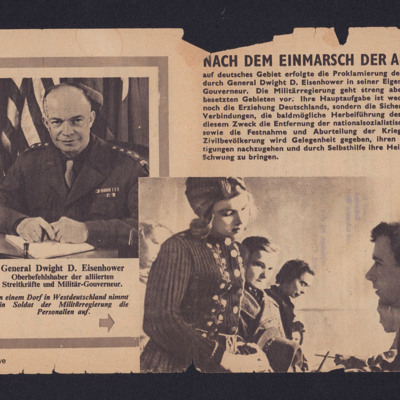 Propaganda leaflet concerning post-war German reconstruction. Stresses that the task would be carried out by Germans themselves and must begin immediately. 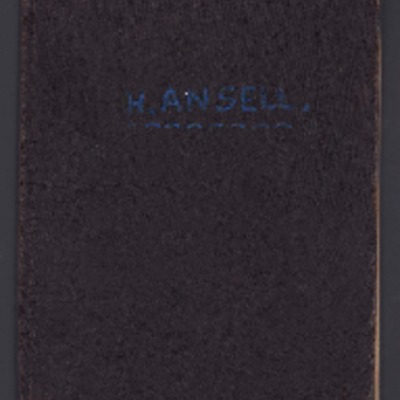 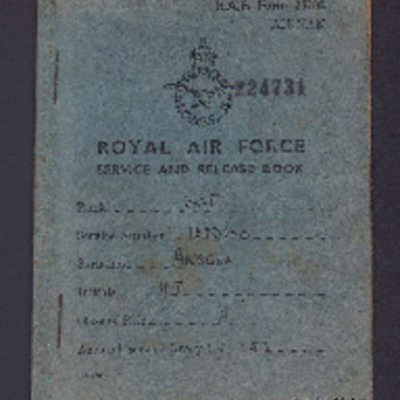 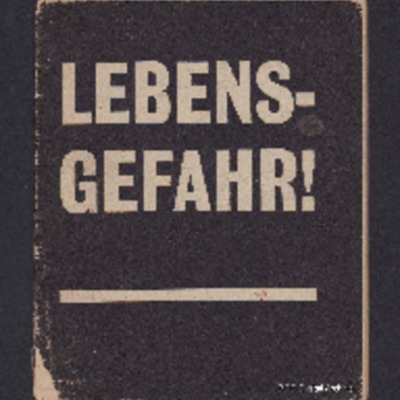 The first part is targeted at the German population and argues, with illustrations, for passive and active resistance against the regime. It uses the image of Germany’s many broken bridges to argue that the only bridge open to the German people is… 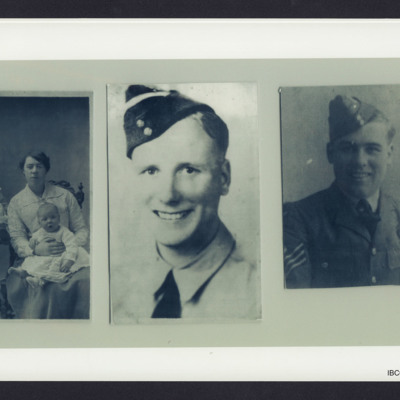 The first photograph is Henry as a baby sitting on his mother's knee. His sister is perched on a table to one side. The second is Alf in Royal Air Force uniform while training as aircrew, and the third is Henry wearing a sergeant's uniform with… 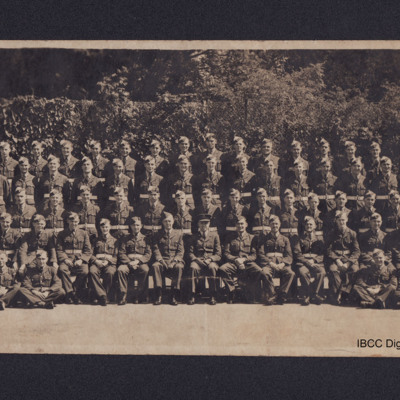 A group of 63 airmen arranged in five rows. Behind is a wall with climbing plants. 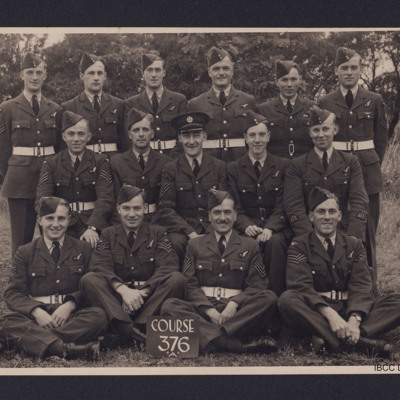 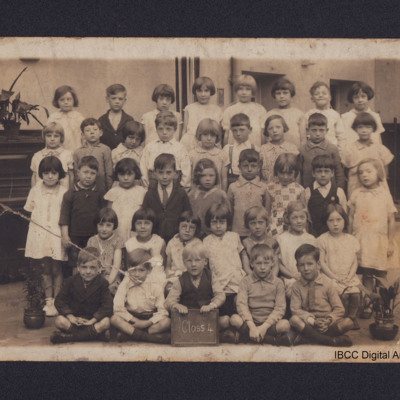 A group of 38 school children arranged in five rows. The middle child in the front row is holding a board with 'Class 4' chalked on it. Behind is a piano and an assembly hall. 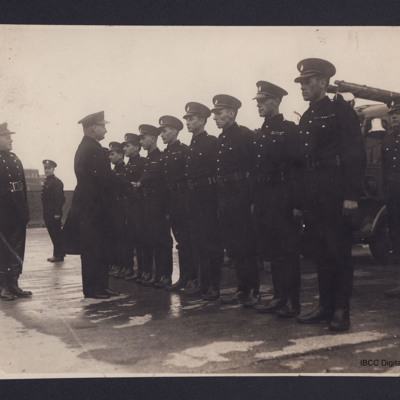 A group of firemen being inspected by an officer. In the background is a fire engine. On the reverse 'Ansell Barking'.

Airmen in a classroom 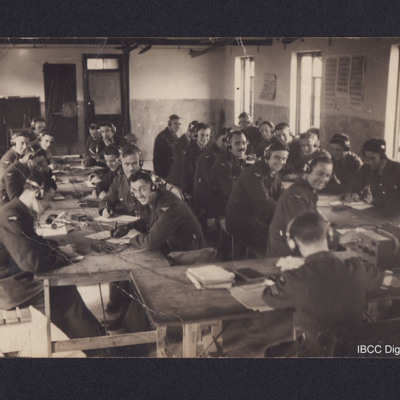 Group of airmen seated on wooden benches around tables. They all have headsets on and are smiling at the camera. 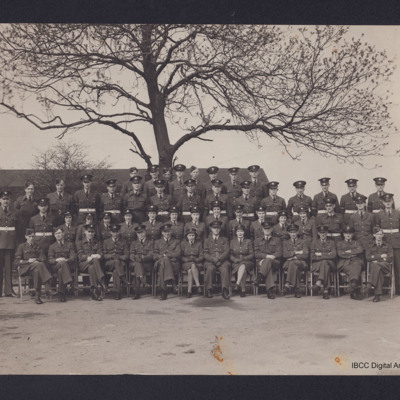 Group of 53 airmen and airwomen arranged in four rows. Some are wearing Royal Air Force Police armbands and belts. Behind is a leafless tree and building. 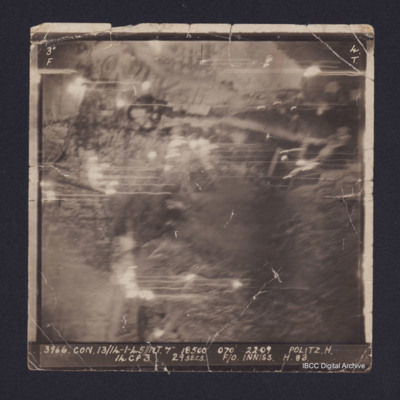 Vertical aerial reconnaissance photograph annotated 'Munich Report No K2091 Neg No 3090' and with a North arrow. No date. Photograph has been marked up to show bomb damage, with buildings outlined in black being those where the roof has been…
View all 28 items