77 items. The collection concerns Wing Commander Charles Raymond Hattersley DFC (1914-1948, 800429, 40699 Royal Air Force). Peter Hattersley served in the Royal Engineers between 1930 and 1935 but enlisted in the RAF in 1936. He trained as a pilot and flew with 106, 44 and 199 Squadrons. He completed 32 operations with 44 Squadron but had to force land his Wellington in France on his first operation with 199 Squadron in December 1942. He became a prisoner of war. He married Miss Kathleen Hattersley nee Croft after the war. The collection contains his logbook, notebooks, service material, his decorations and items of memorabilia in a tin box and 39 photographs.

The collection has been loaned to the IBCC Digital Archive for digitisation by Charles William Hattersley and catalogued by Barry Hunter. 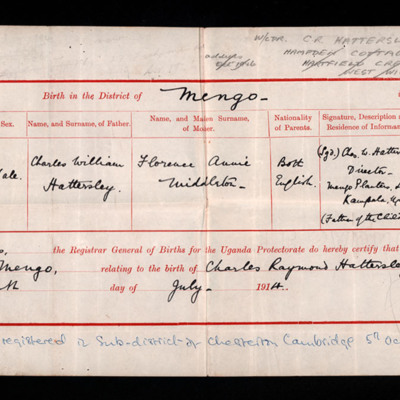 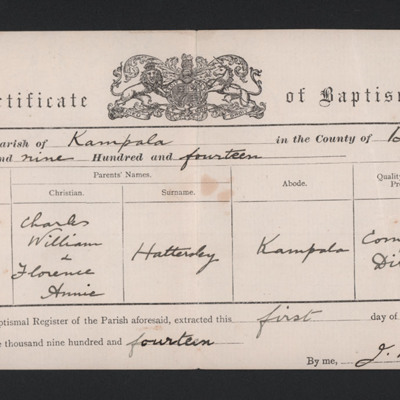 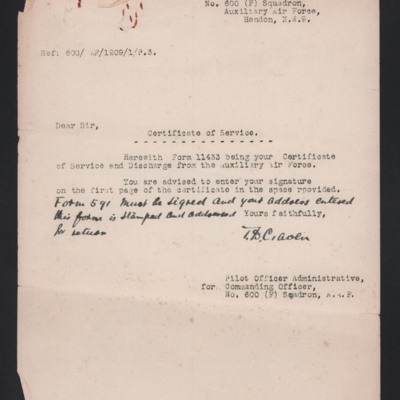 Covering letter for the issue of Form 11433, Certificate of Service and Discharge from the Auxiliary Air Force. 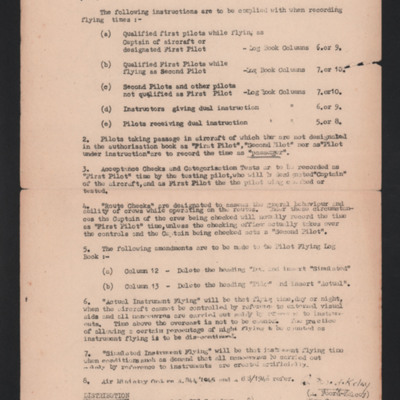 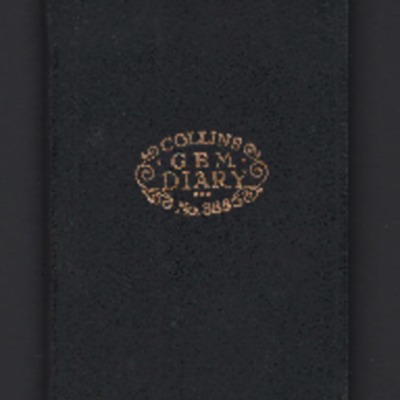 A diary used as a notebook by Peter Hattersley. In addition to notes there are addresses and telephone numbers. 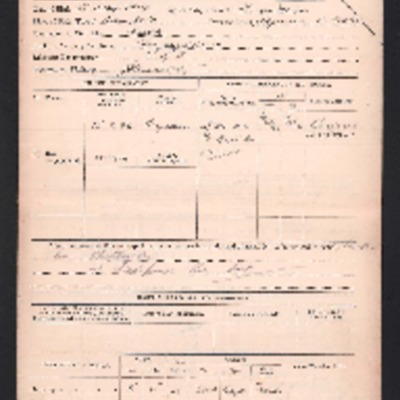 Peter Hattersley's Certificate of Service and Discharge from the Auxiliary Air Force 1936 to 1937. 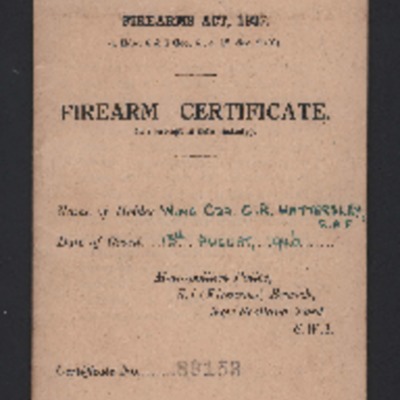 A firearm certificate held by Wing Commander Peter Hattersley for a .22 Remington rifle. 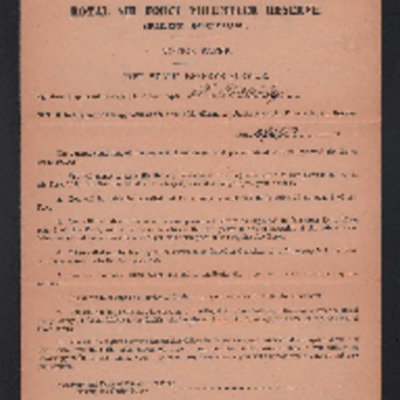 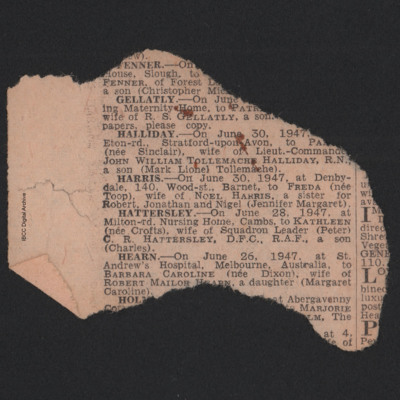 The birth of Peter and Kathleen Hattersley's son, Charles Hattersley announced in a newspaper cutting. 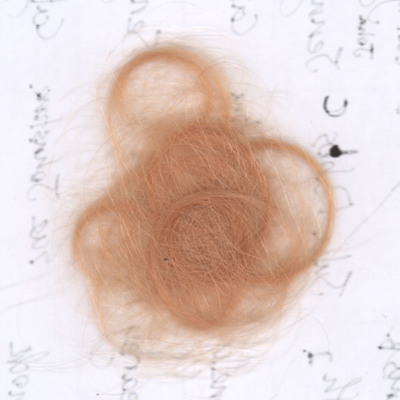 Lock of blonde hair in an envelope. The envelope is addressed to '201, Anerley Road, Anerley' and has a number 416 in the bottom left corner.

Ode to the skies - up there 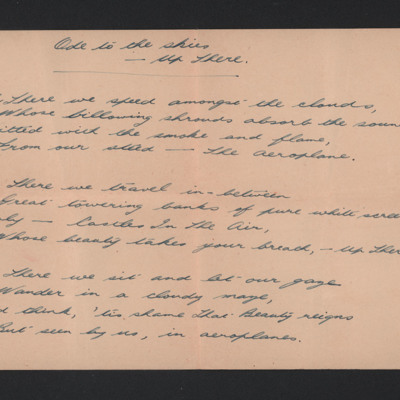 24 lines of a poem about flying, signed by Peter Hattersley 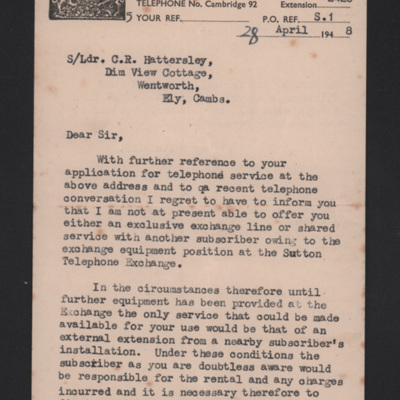 The letter explains that it is not possible to offer a telephone line or a shared line due to equipment issues at the exchange. 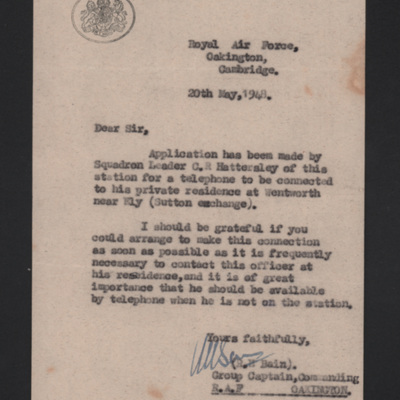 The letter is in support of Peter Hattersley's request for a telephone line to be installed at his house. 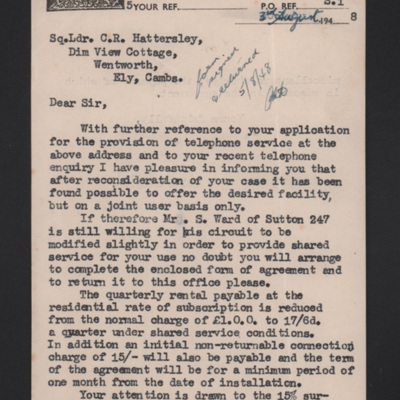 Details about a new telephone line installation at his house. 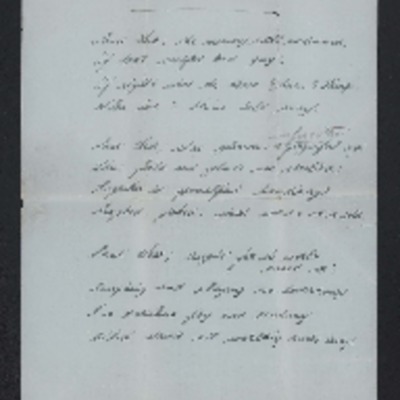 A three page poem about happiness with another person.

A duplicate book with letters handwritten by Peter Hattersley to various people and organisations. 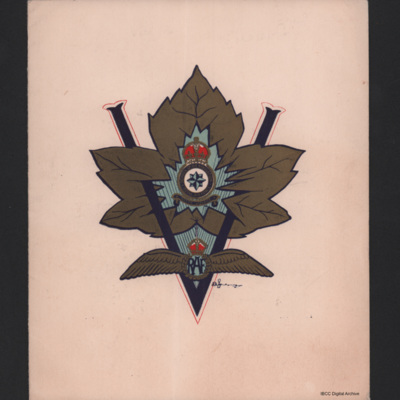 The card has the crest of the School of Air Navigation. Inside there is a handwritten personal message signed by Peter Hattersley. 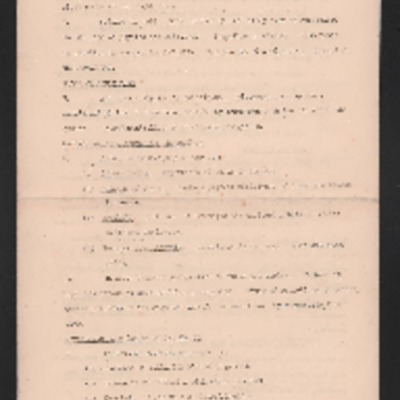 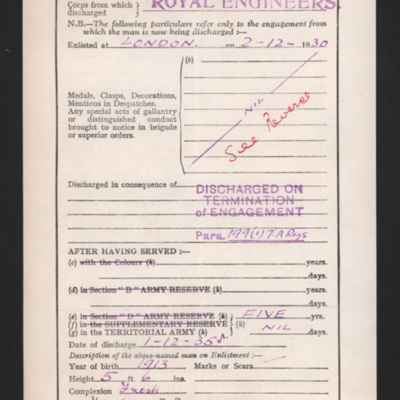 A certificate of discharge from the Territorial Army, Royal Engineers for Peter Hattersley. It notes that he enlisted in the Royal Air Force Volunteer Reserve. 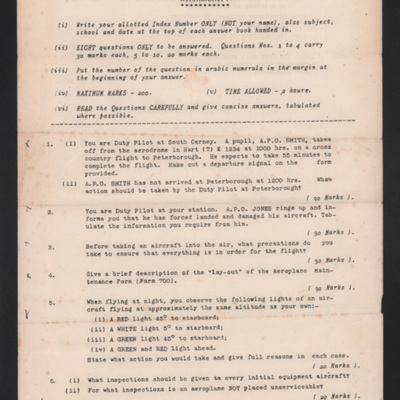 An exam paper for Intermediate Airmanship. There are ten questions, candidates were to answer only eight. 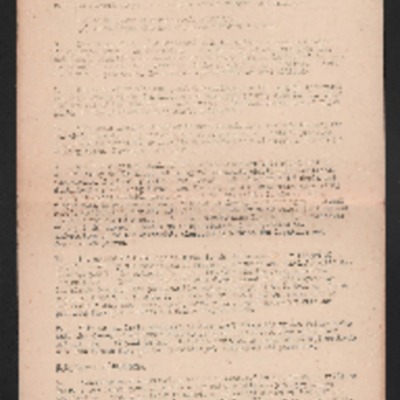 A technical document describing the theory of pressure pattern flying. It contains formulae, diagrams, tables and text describing the techniques to be used. The last page is annotated 'Pressure Pattern Flying for Air Ministry orders.'

A postcard from Peter Hattersley to Kathleen Crofts written from his prisoner of war camp. In it he describes a fairy story that he is writing and concludes by stating that he hopes its first private reading will be in bed with her. 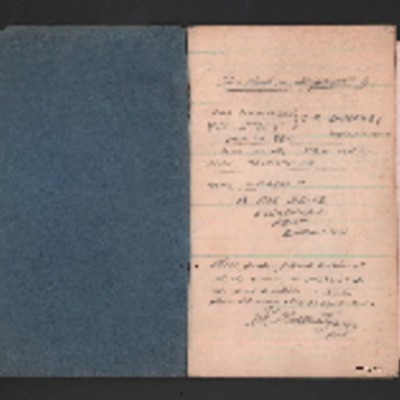 During his incarceration at Stalag Luft 3 Peter Hattersley kept a note book describing subjects that were important to him. There is a list of books that he read, his cash accounts, a list of books to read, places to visit, sailing notes, extracts… 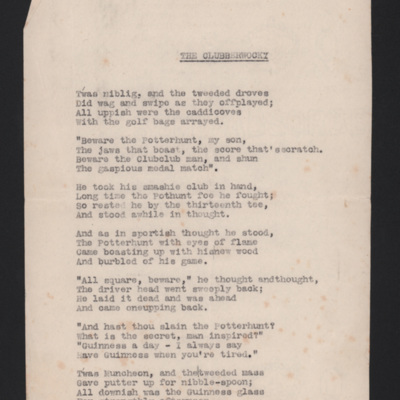 A poem titled The Clubberwocky. It is from Alice Aforethought - Guinness Carrolls. 1938.
View all 77 items