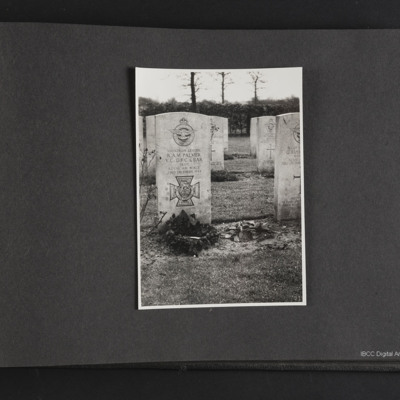 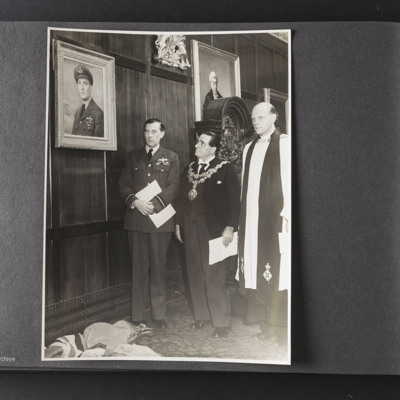 An Air Marshall, mayor and a rector standing looking at a photograph of Robert Palmer mounted on a wall. Explanatory note on opposite page. 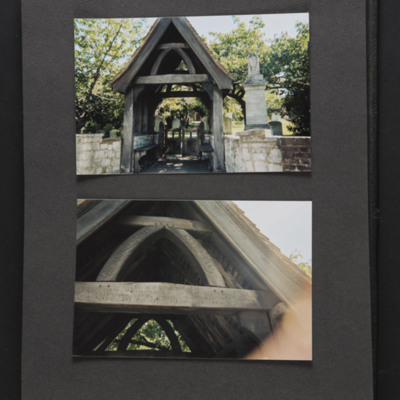 Photographs of lychgate with close up of roof wood work underneath.

Inscription reads: MORI PRO PATRIA/ 1939-1945/ TO THE MEMORY OF/ SQUADRON LEADER R.A.M. PALMER VC, DFC AND ALL OTHERS OF/ THIS PARISH WHO DIED IN THE SECOND WORLD WAR AND/ WHOSE… 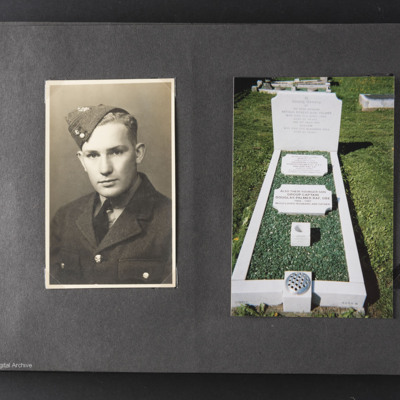 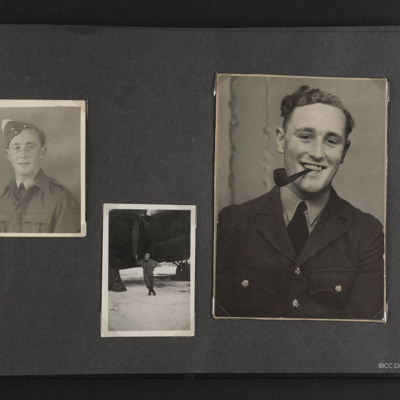 An airman in Sidcot suit 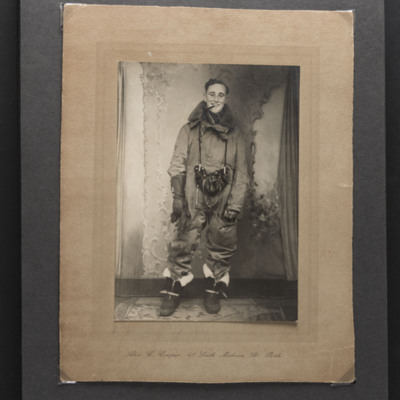 A man wearing flying suit and boots with a pipe in his mouth standing outside a building. 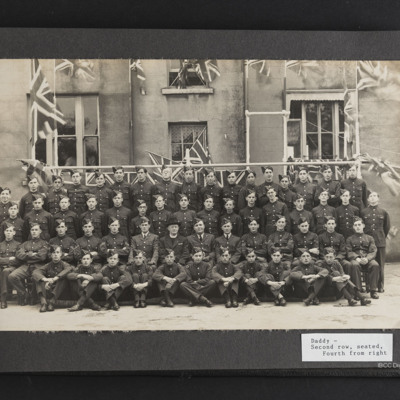 A group of cadets in uniform with an adult vicar centre of second row standing and sitting in four rows in front of a building decorated with union flags. Captioned 'Daddy - second row, seated fourth from the right'. 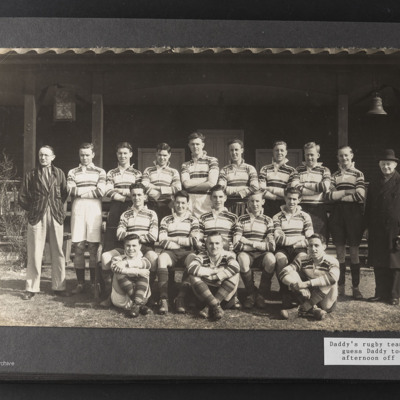 Sixteen men wearing rugby kit with another two men, one wearing blazer the other an overcoat, standing and sitting in three rows in front of a pavilion. Captioned 'Daddy's rugby team mates - guess Daddy took the afternoon off...'.

Group of RAF officers and civilians 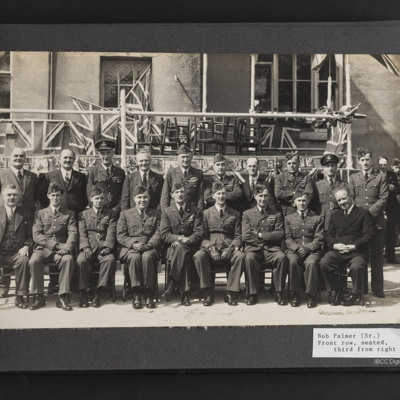 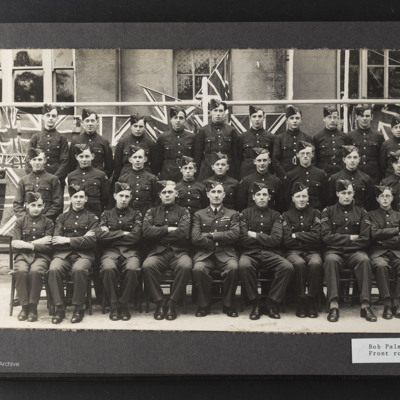 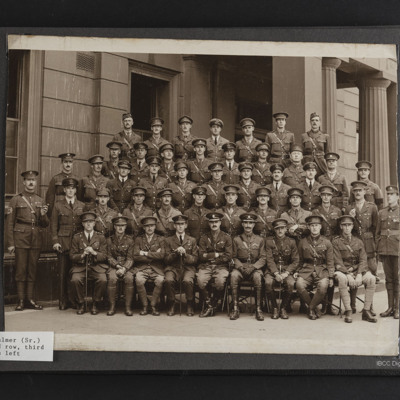 A large group of Army and RAF officers, some with pilot's or observers brevet sitting and standing in five rows.

A warrant officer stands on the left and an senior RAF officer with cane sits fourth from left in front row. 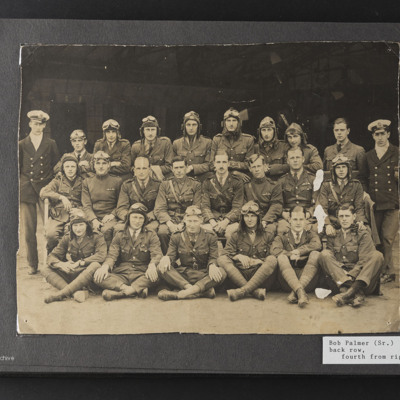 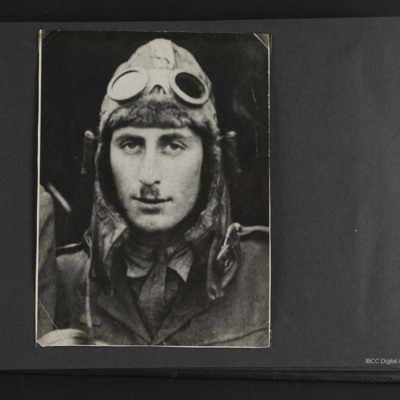 Full face image of a pilot wearing flying helmet and goggles. Enlargement from another image.

An airman standing outside a tent 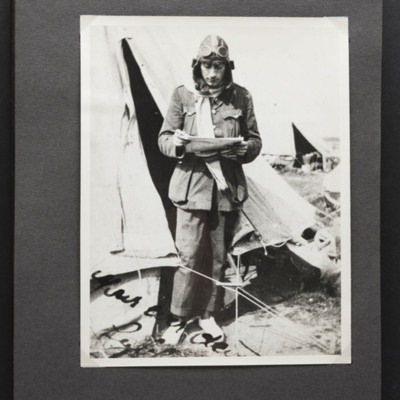 An airman wearing tunic, scarf and flying helmet with goggles standing looking at a map outside a tent. 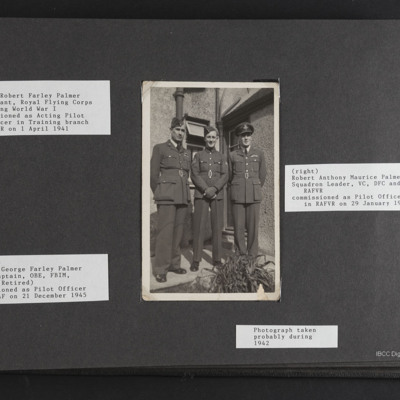 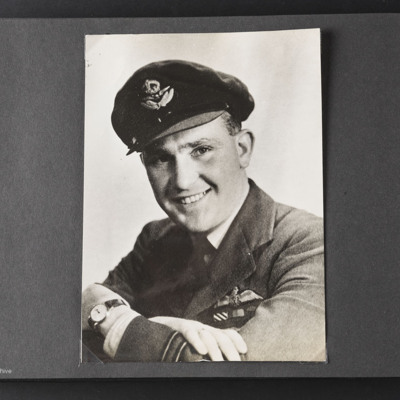 Telegram to Robert Palmers father from the air ministry 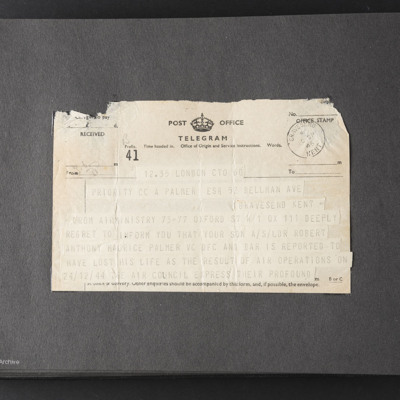 Informs him that his son was reported to have lost his life. as a result of air operations on 24 December 1944. 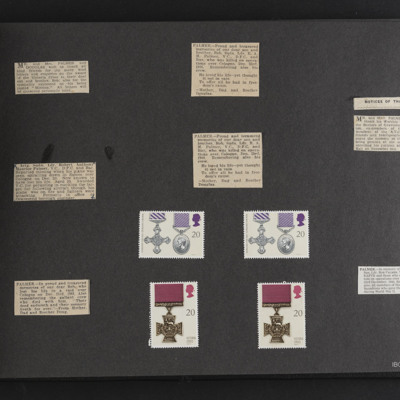 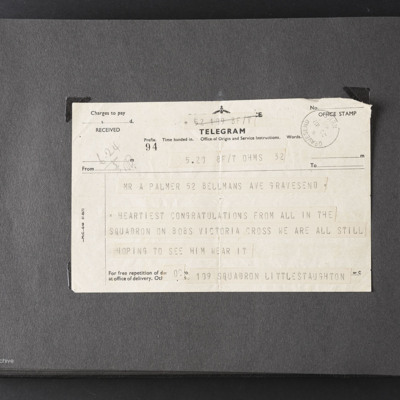 Congratulations from squadron on Bob's award of Victoria Cross, hoping to see him wear it. 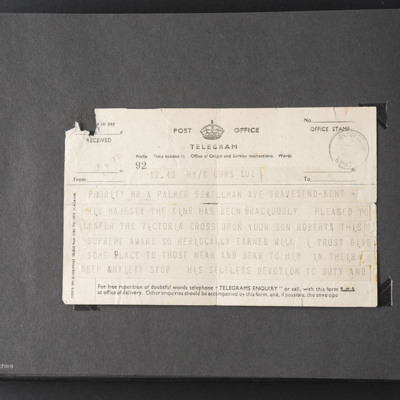 Announces award of Victoria Cross to his son and outlines citation of actions. 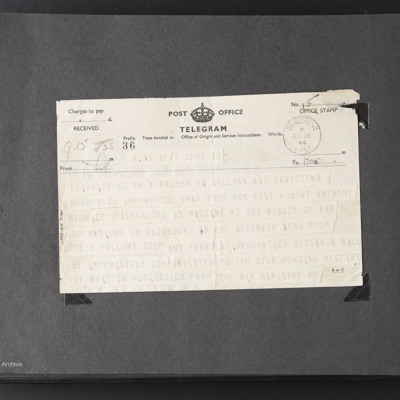 Informs him that his son was missing as result of air operations on 23 December 1944. 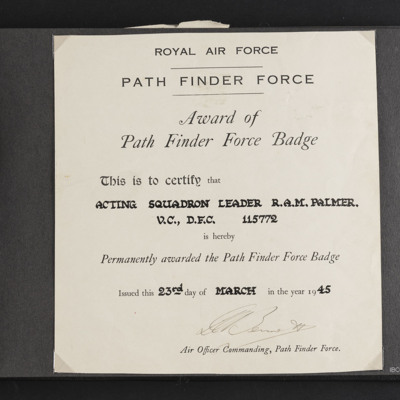 Robert Palmer mentioned in despatches and award of Pathfinder badge 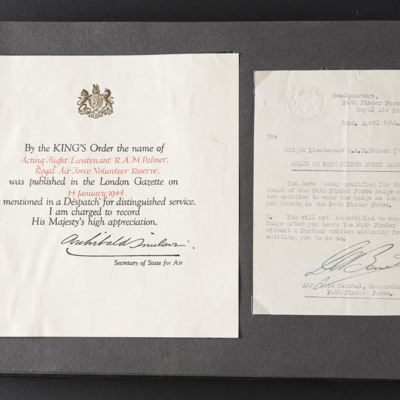 Left - certificate from secretary of state for air stating name of Acting Flight Lieutenant R.A.M. Palmer was mentioned in despatches. Right - letter to Robert Palmer stating that he had been awarded his Pathfinder badge. 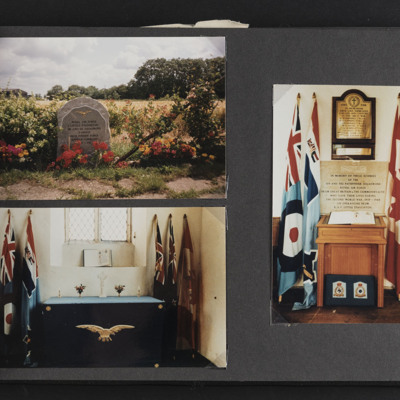 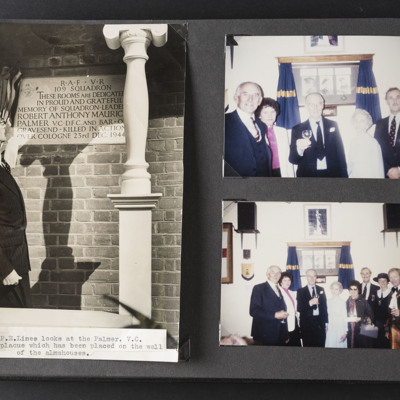