The collection has been donated to the IBCC Digital Archive by Reverend Canon Terence Alan Joyce and catalogued by Nigel Huckins. 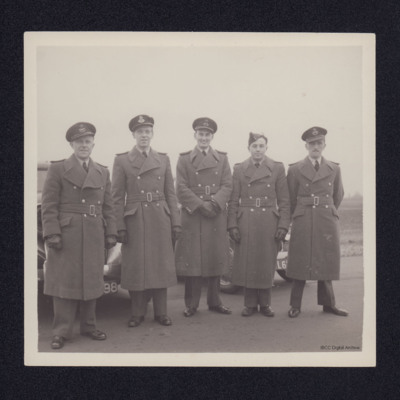 Five RAF officers wearing greatcoats and peaked caps standing in line with cars behind them. Two versions of the same image. On the reverse a note 'Jim left'. 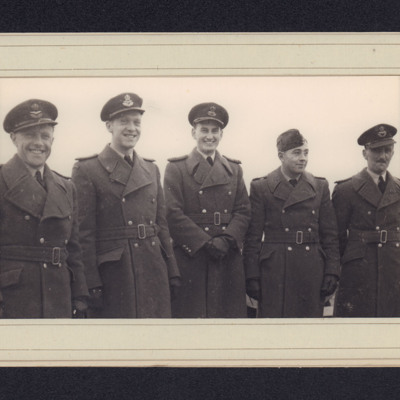 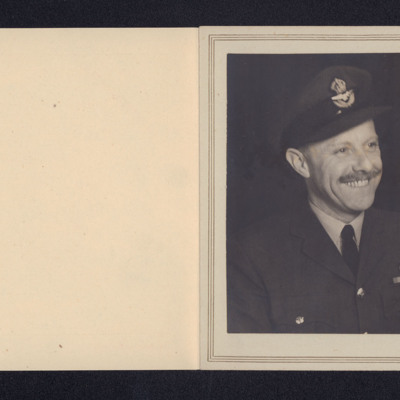 Head and shoulders portrait of an RAF officer wearing tunic with flight engineer brevet and medal ribbons, and a peaked cap. 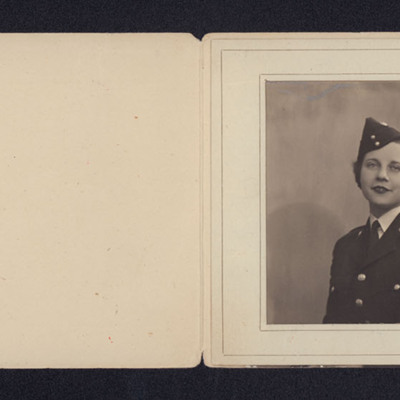 Half-length image of a woman wearing uniform tunic and side cap next to an RAF officer wearing tunic with flight engineer brevet and peaked cap. Three versions of the same image. On the reverse of one 'Jim and Kathleen'. 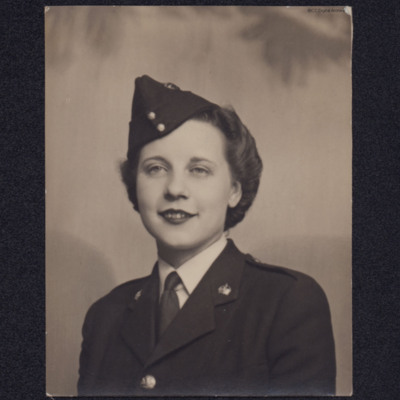 Head and shoulders portrait of a woman wearing uniform tunic and side cap. 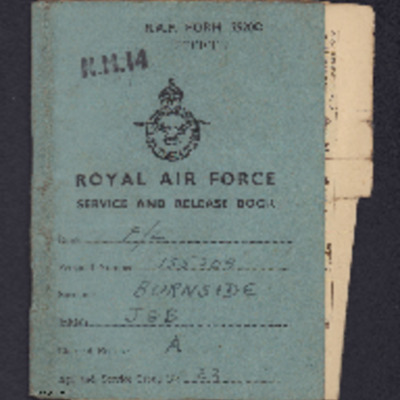 Made out for Flight Lieutenant J G B Burnside. Gives some personal details and release date. 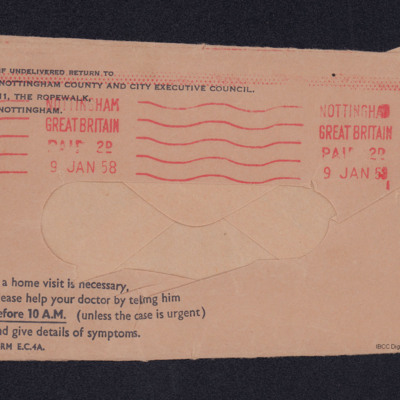 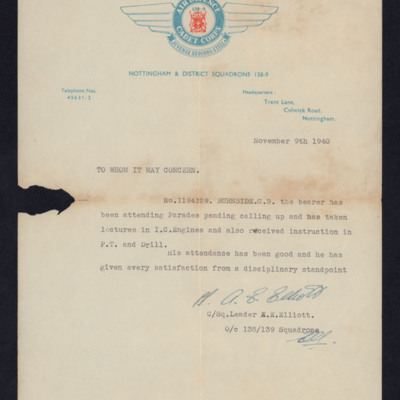 From Nottingham and district squadrons 138-9. To whom it may concern. States that No. 1194129 Burnside G B (bearer) had attended parades pending call up and taken lectures in engines and received instruction on P.T and drill. 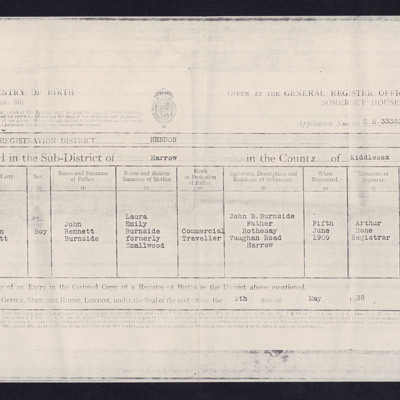 Copy of record of birth. 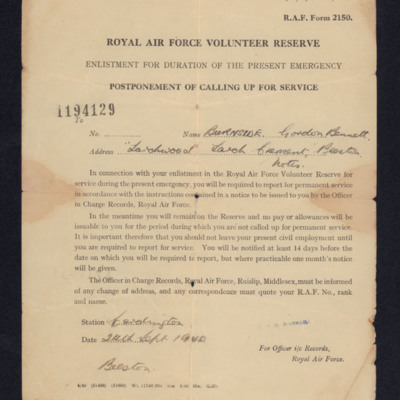 Made out to Gordon Bennet Burnside 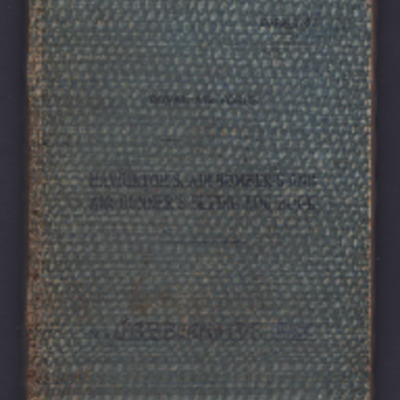 Navigator’s, air bomber’s and air gunner’s flying log book for J G B Burnside, flight engineer, covering the period from 20 March 1943 to 14 July 1945. Detailing his flying training, operations flown and instructor duties. He was stationed at… 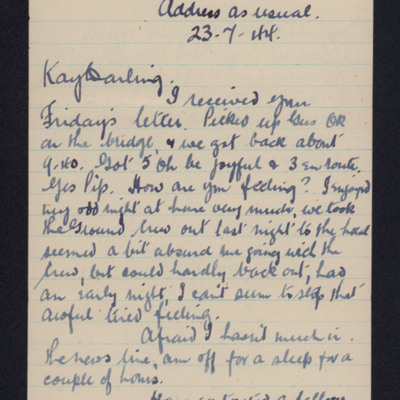 One page of letter. Mentions journey and taking out groundcrew, not much news. 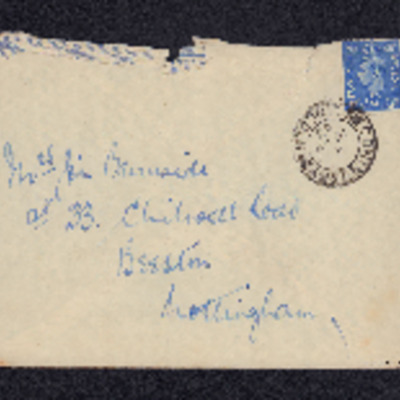 Writes that skipper was progressing and would be out shortly. Mentions new arrival who know mutual acquaintance. Says he can get fowl and duck. Catches up with gossip and news. 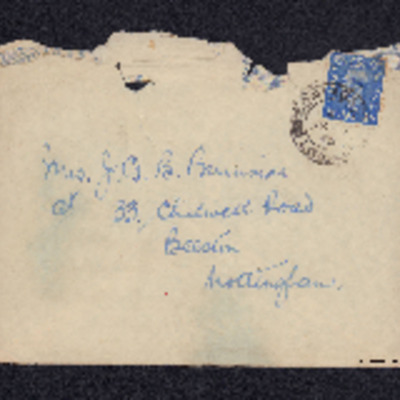 Catches up with mail and family news. Mother was in hospital and he would try and get pass to go and visit her. Discusses friends, leave and activities including going into Boston for meal which he did not like, preferred Horncastle. Mentions he had…

Letter from Giles at the Sunday Express to Kathleen Burnside 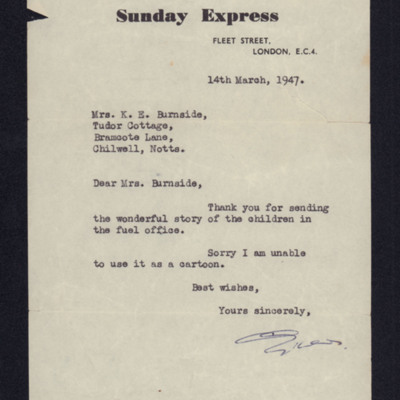 Thanks her sending in story of children in fuel office. 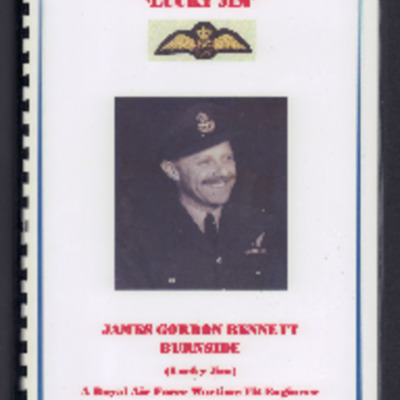 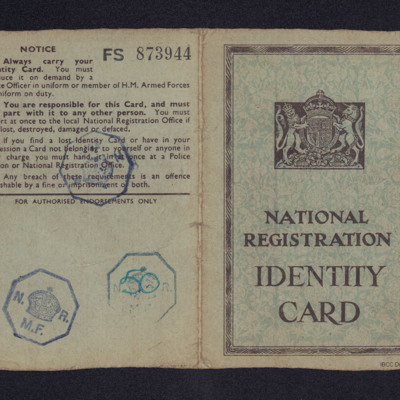 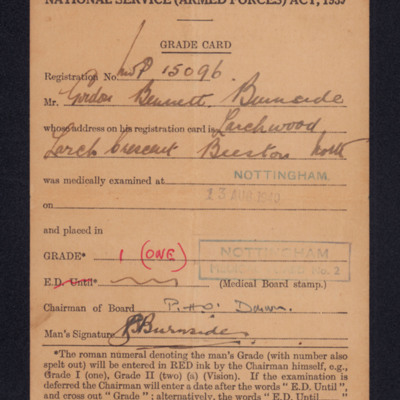 Made out to Gordon Bennet Burnside and graded 1 (one) at Nottingham medical board. Includes brief description. 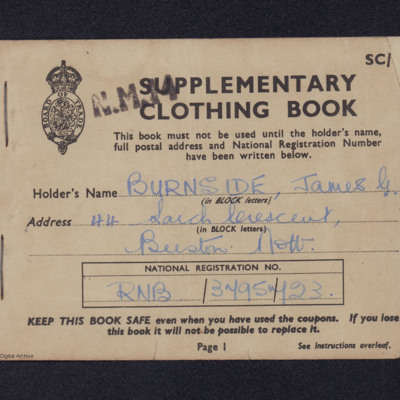 Made out for James Burnside. 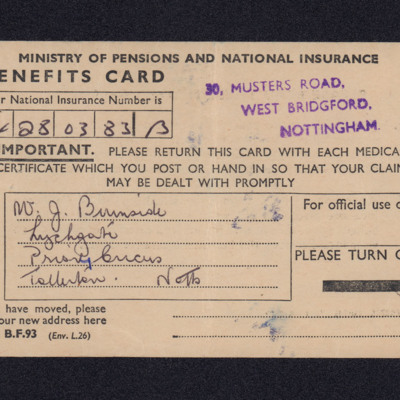 Made out for Mr J Burnside. 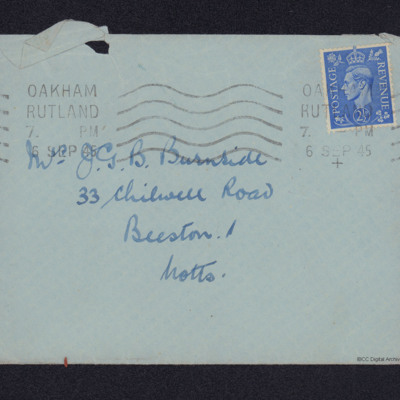 Catches up with mail and news. Mentions going to camp cinema and had found a quiet pub previous night. 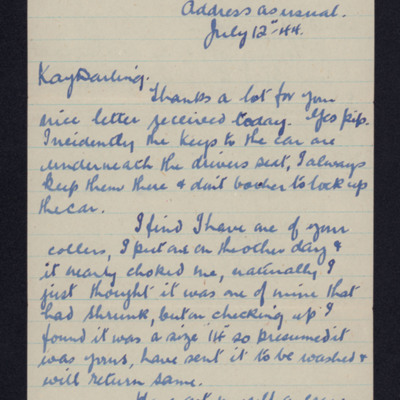 Mentions location of car keys. Writes that he had one of her collars by mistake. Says he has found himself a crew who had seven more trips to finish tour. Concludes with chat about cat and kitten. 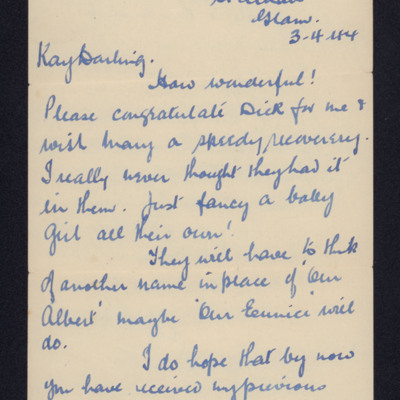 Asks her to congratulate friend over birth of baby. Mentions he is stiff due to PT, basket ball and swimming. Just off to camp cinema. 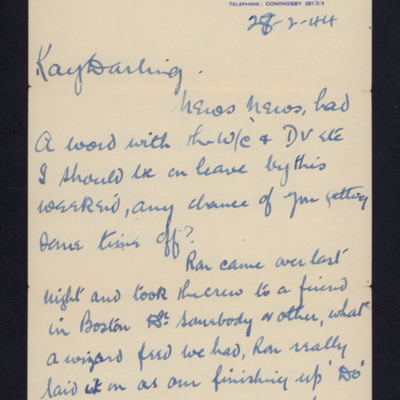 Writes he had spoken to the wing commander and should be getting leave, asks if she could get time off. Writes of crew going out with friend for good feed in Boston. Mentions issuance. Mentions seeing medical officer and got shampoo and pills. Hope to get trip over soon but leave situation looked blacker than ever. Mentions her health issue and that he could not sleep.
View all 44 items