42 items.
The collection concerns Sergeant Frederick Ivor Geoffrey "Ivor" Cole (1817994 Royal Air Force) his log book, documents and photographs, and a photograph album of his post war service in Singapore. He flew operations as a wireless operator with 103 Squadron.

The collection has been donated to the IBCC Digital Archive by Frederick Cole and catalogued by Barry Hunter. 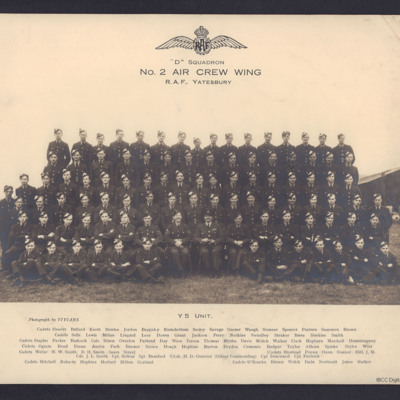 A group of trainee airmen arranged in six rows. Captioned at the top ' "D" Squadron No.2 Air Crew Wing RAF Yatesbury' and at the bottom with each airman's name. On the reverse is the photographer's name 'Vivian of Hereford'. 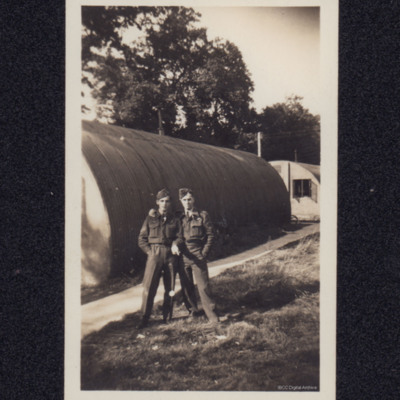 Two airmen standing in front of two Nissen huts. On the reverse 'Russ'. 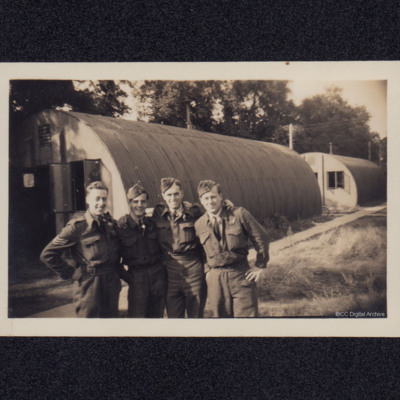 Four airmen standing in front of two Nissen huts. On the reverse 'Russ'.

Airman on a Bicycle 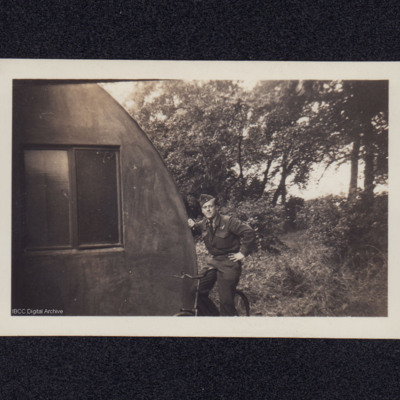 An airman sitting on a bicycle and leaning on a Nissen hut. 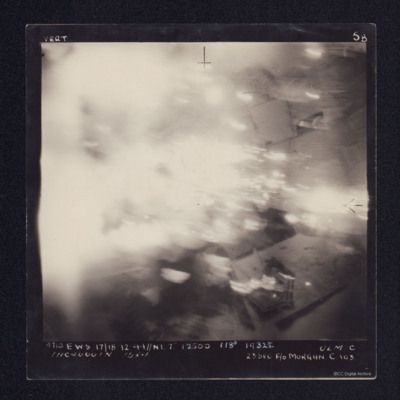 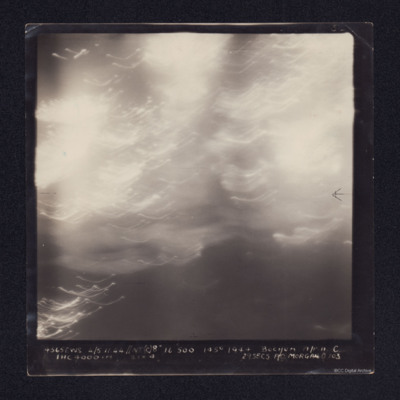 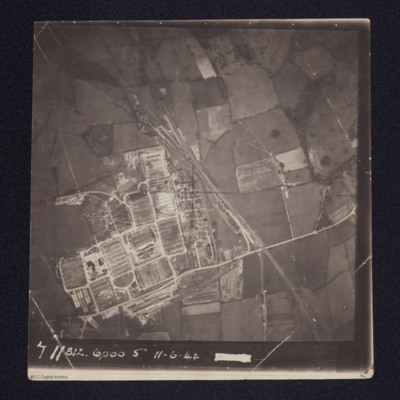 Pilot Looking Out of a Lancaster 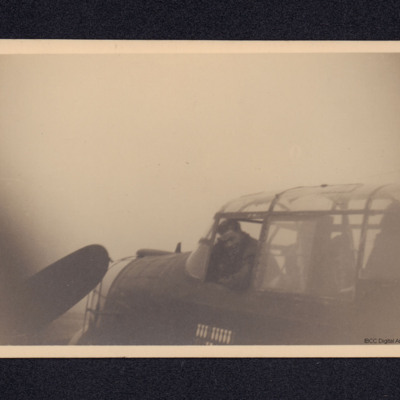 A pilot looking out of a Lancaster cockpit window. The photograph has been taken from the port wing looking forward. 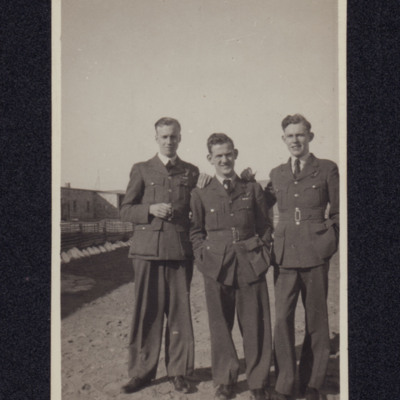 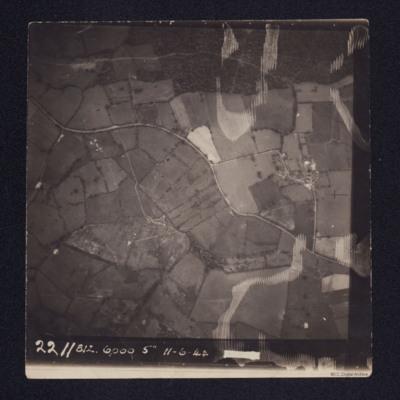 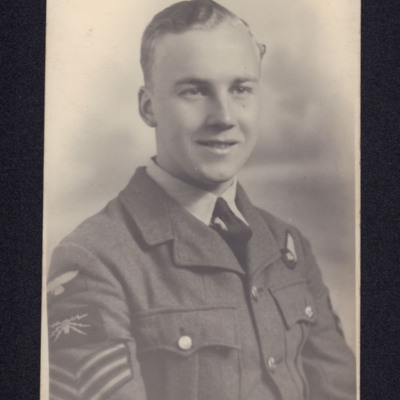 A half-length portrait of Ivor Cole 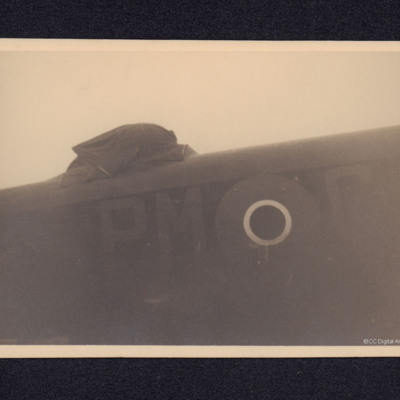 The damaged turret of Lancaster PM-C covered with a tarpaulin. 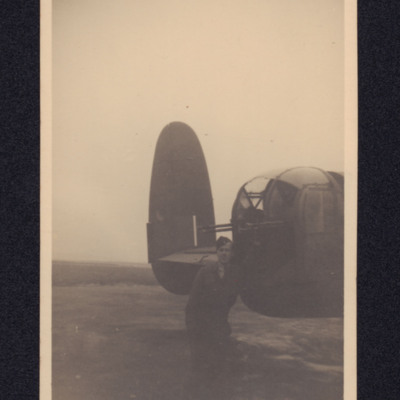 An airman leaning on the rear turret of a Lancaster. 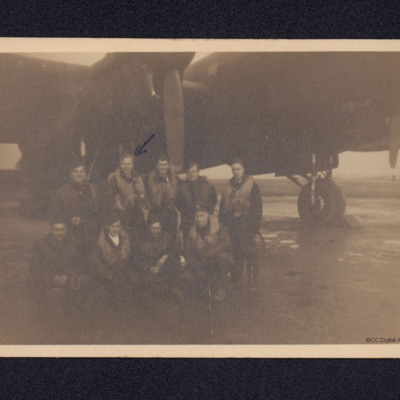 Ivor (arrowed) and his crew under their Lancaster. On the reverse 'Our crew Lancaster "C" Charlie 103 Squadron Elsham Wolds Lincs 1944'. 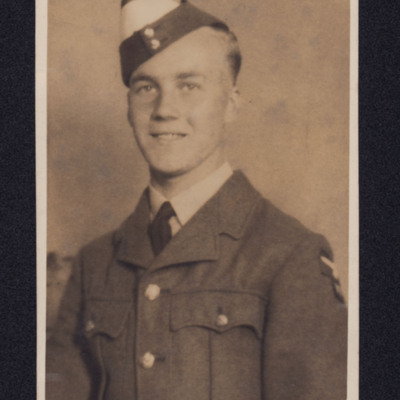 A half length portrait of Ivor wearing a training flash in his cap. On the reverse 'To Grandma with best wishes Ivor xxxx'. 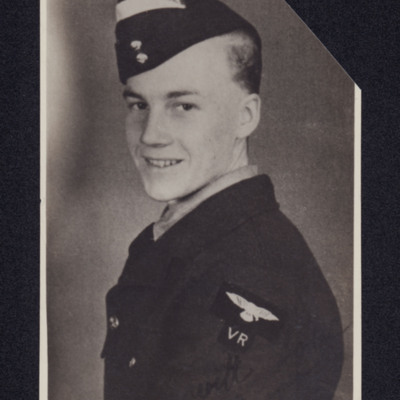 A half length portrait of Ivor wearing a training flash. 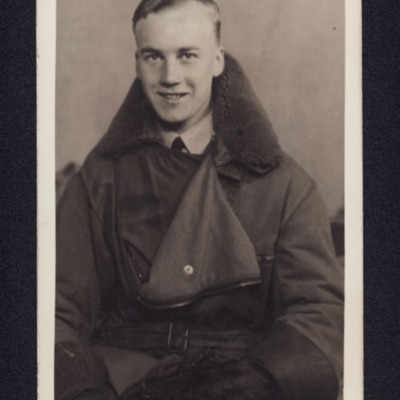 A half length portrait of Ivor in a Sidcot flying suit. 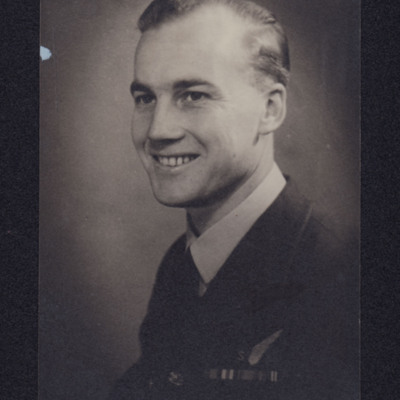 A head and shoulders portrait of Ivor with his wireless operator's brevet. 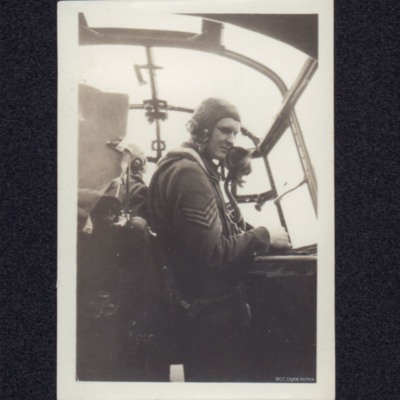 The sergeant is standing at his post behind the pilot in the cockpit of a bomber. On the reverse 'SG Marshall'. 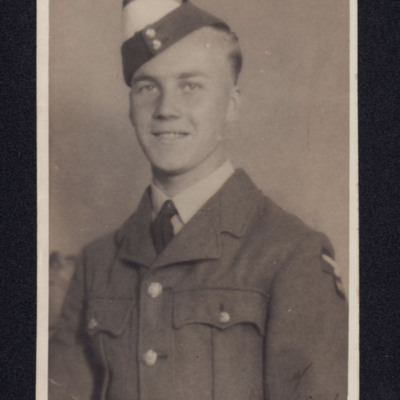 Half length portrait of Ivor with a trainee flash in his cap. On the reverse '4541 To/ My loving sweetheart Eileen with love Ivor xxxx'. 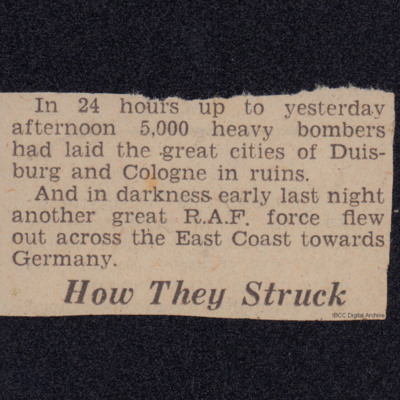 A brief newspaper report on one night's operations against Germany. 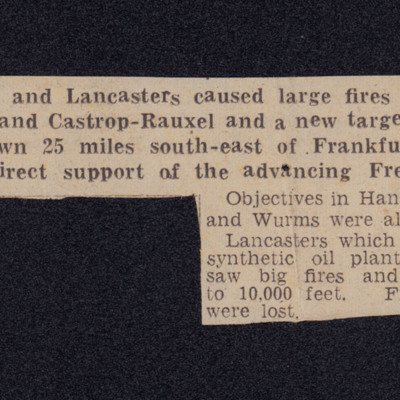 A brief report of operations by bombers over Germany. 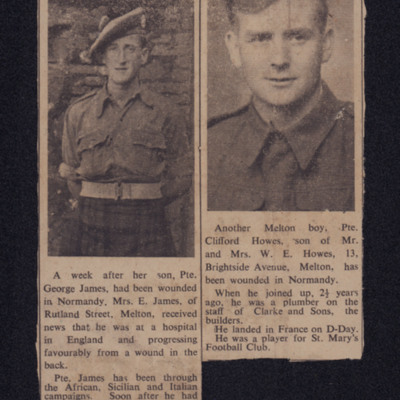 Two soldiers from Melton Mowbray were reported as wounded. 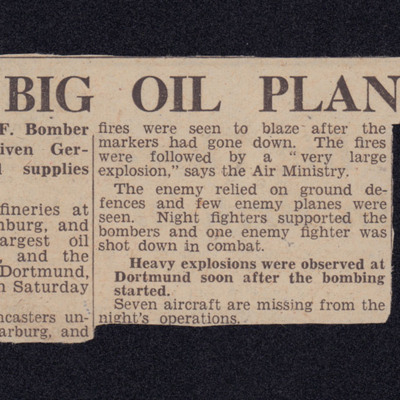 An article about operations over port and oil refineries.

The growing up of 'Johnny' Johnson, top fighter ace 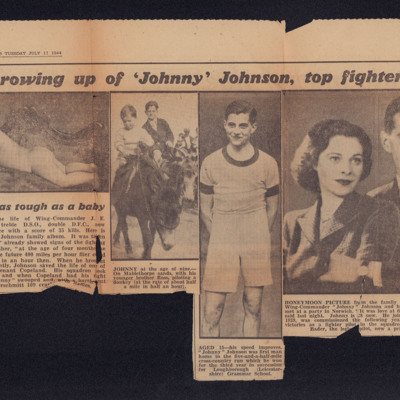 Four photographs of Johnny - as a baby, a nine year old, a teenager and on his wedding day. The article gives brief details about his life.
View all 142 items