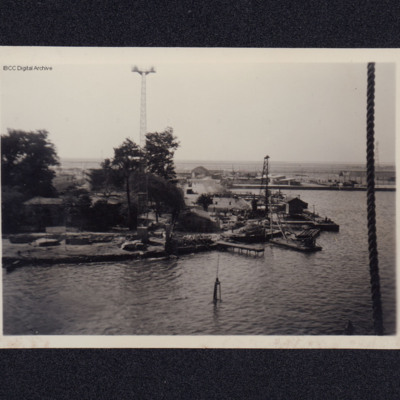 A view looking down at the dockside. There are several small jetties and a small floating crane. 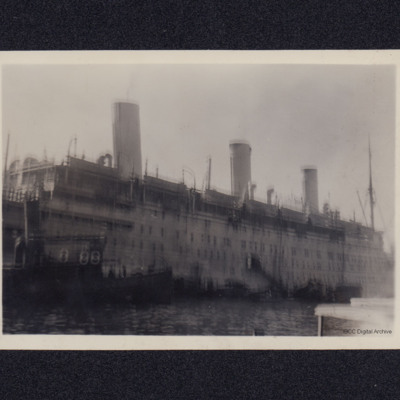 A large three funneled ship. The image is very blurred. 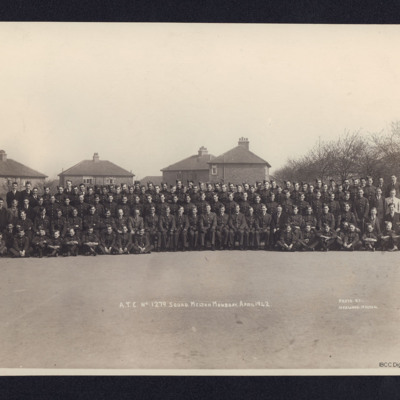 A large group of air cadets arranged in five rows. On the reverse is a photographer's stamp 'Heawood & Son'. 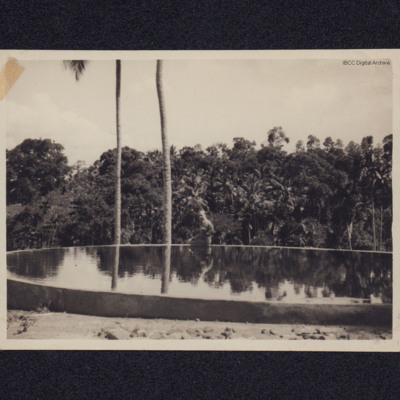 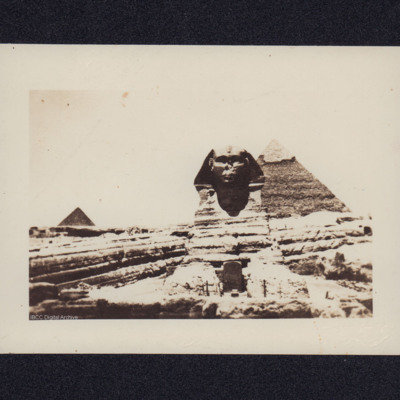 A view of the Sphinx with two of the pyramids behind. 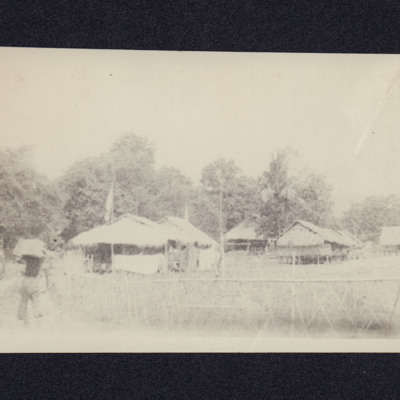 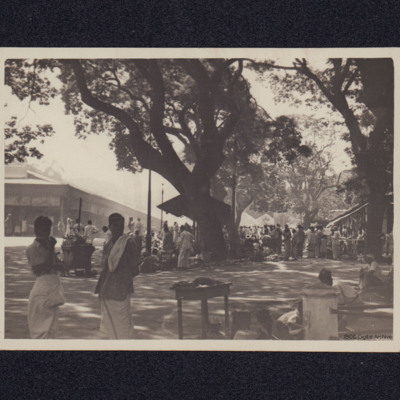 A view of the market. Two men are standing in the foreground. In the background are many people buying and selling local produce. On the reverse 'Kandy Market Ceylon May 1946'. 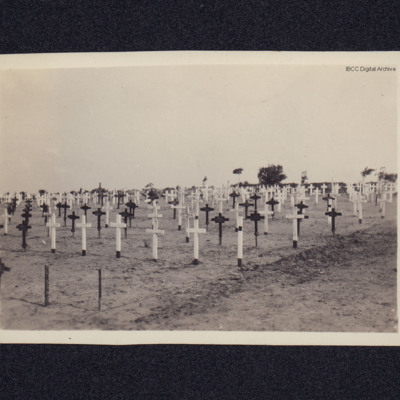 A view of rows of graves. On the reverse 'British Military Cemetary [sic] Singapore Oct 1946'. 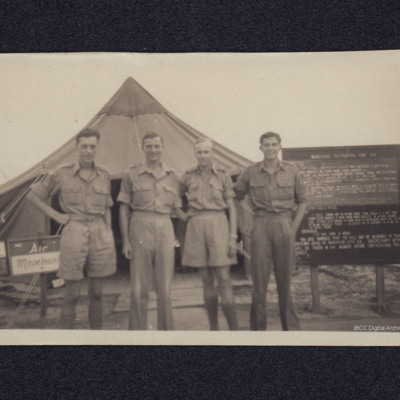 The four airmen are standing outside a tent with a sign saying 'Air Movements'. On their left is a larger sign with 'Baggage Instructions' and much instructions. On the reverse 'The boys again. Reg - Ted - Self - Vic No 60 PTC Tengah Singapore… 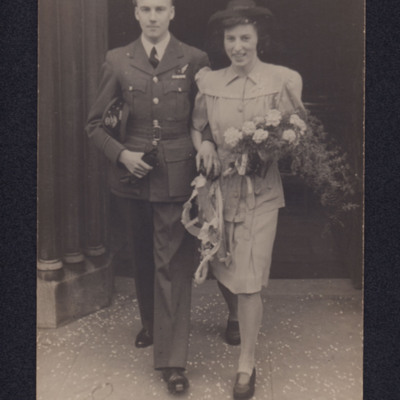 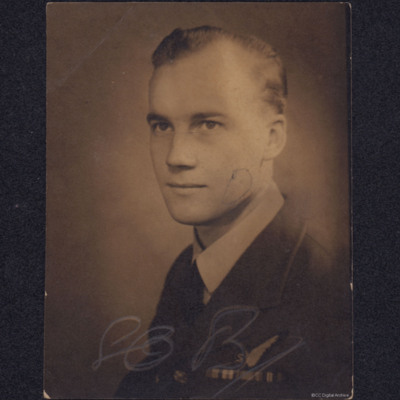 A head and shoulders portrait of Ivor with his signaller's brevet. On the reverse 'Mr Cole 81, Norman St, Melton, 3pcs Tues'. Other marks are indecipherable. 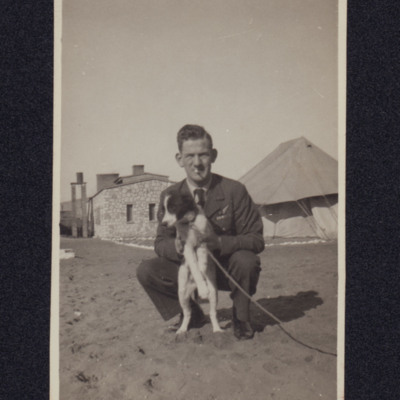 Alec is squatting and holding the dog up on two legs. On the reverse '1/2/46 Alec at Merv Camp Cairo Egypt'. 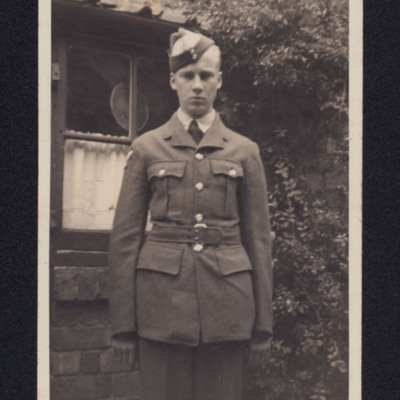 Three quarter length portrait of Ivor in the uniform of a trainee. He is standing in front of a house. 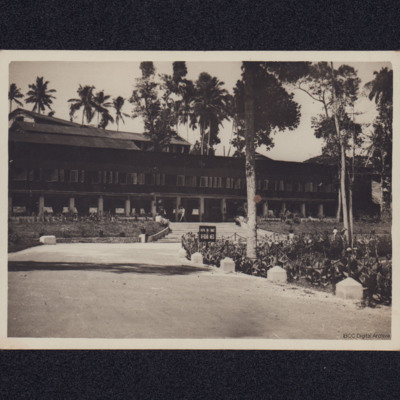 A large building with one airmen walking in the front. On the reverse 'No 2 Officers' Mess RAF Kandy with "Paddy" walking along the steps Ceylon May 1946'. 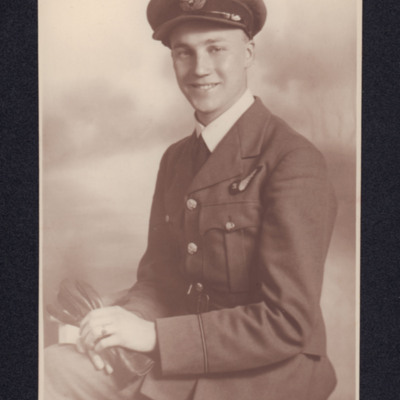 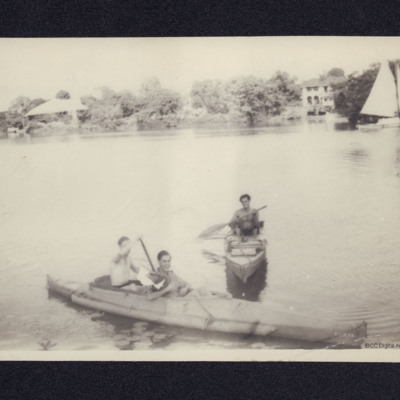 Three men in two canoes. Behind is a yacht. The reverse is blank. 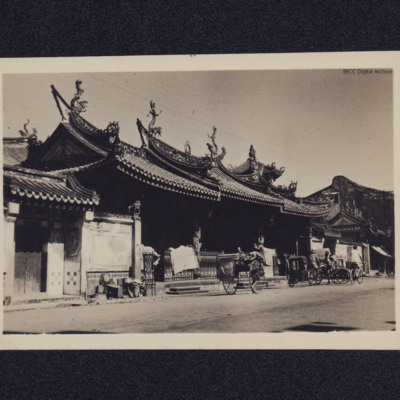 An ornate Chinese temple in Singapore. In front are rickshaws. 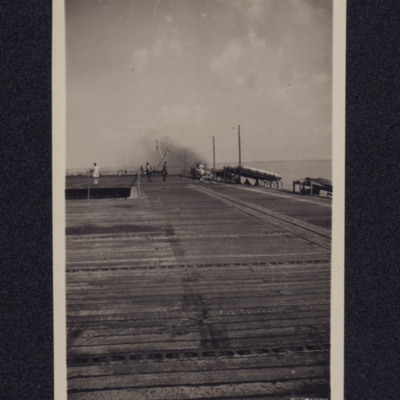 The wooden flight deck of an aircraft carrier. On the reverse 'HMS Atheling Ceylon to Singapore July 1946 "The Flight Deck" '.

The Boys at the Bar 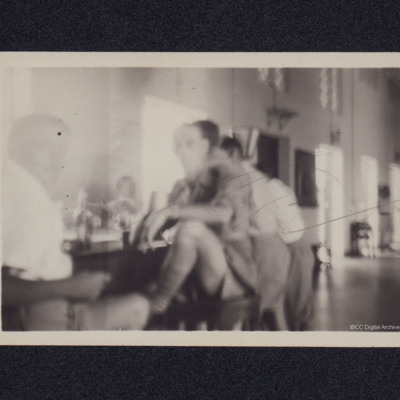 A blurred image of three airmen sitting at a bar. On the reverse 'The Boys at the Bar RAF Tengah Singapore October 1946'. 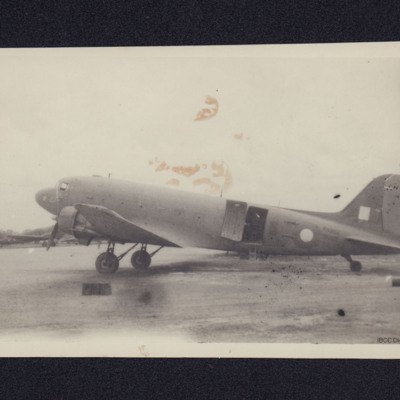 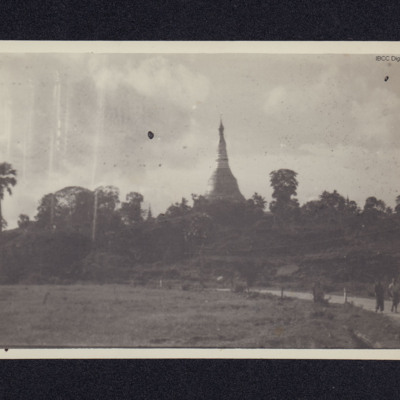 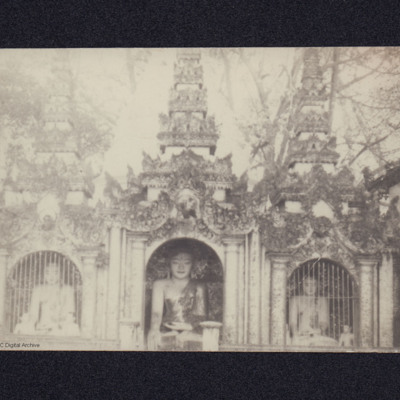 Three statues at Shwedagon Pagoda. There is a second copy which has been slightly cropped.

Port side view of two twin engine transport aircraft with red crosses painted on their side. Behind is a large hangar. 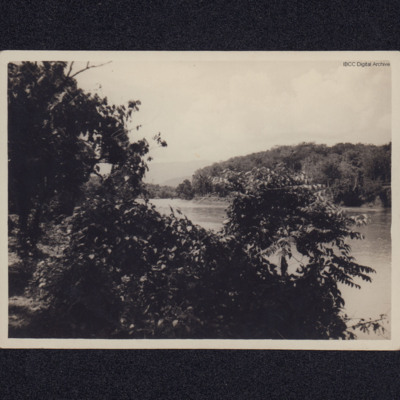 A view across the river with trees on both banks. On the reverse 'The Mawataganger River Kandy Ceylon May 1946'. 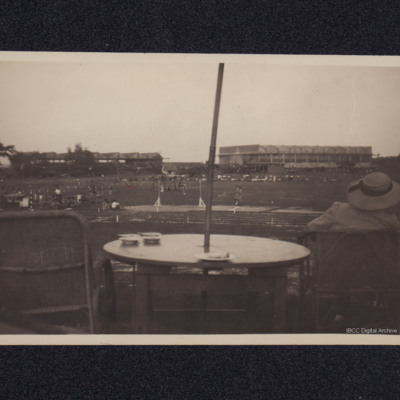 A view over the field being used for the sports day. In the foreground is a table and chairs, then the sporting activities and in the distance hangars. On the reverse 'Malaya Sports. A view of the track Singapore Oct 1946'.
View all 101 items