19 items. The collection contains an oral history interview with Sergeant David Stuart Sanders (1925 - 2022, 1869292 Royal Air Force), his logbook, engineering documentation, operation schedules, a personal record of all his operations, a Dalton computer, a number of target and reconnaissance photographs. David Saunders was a flight engineer on 619 Squadron and 189 Squadron at RAF Strubby and RAF Fulbeck in 1944-45.

The collection has been loaned to the IBCC Digital Archive for digitisation by David Sanders and catalogued by Nigel Huckins. 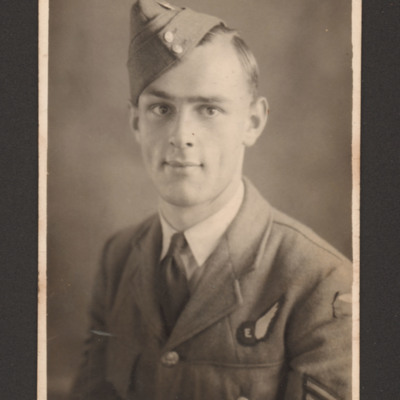 The log book covers the operational career of flight engineer David Sanders from 5 July 1944 to 29 May 1945. He joined 619 Squadron at RAF Strubby on 28 September 1944, from where he flew Lancasters on two daylight and three night time operations… 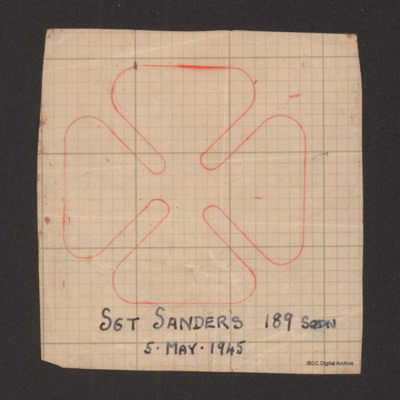 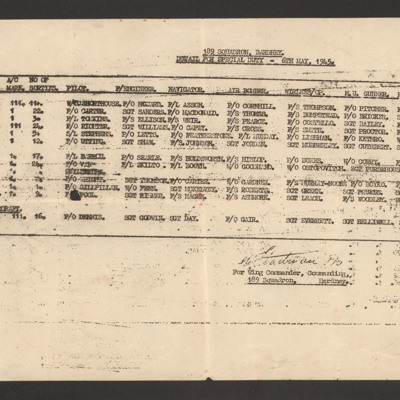 Lists 11 crews and aircraft with standby for special duty on 6 May 1945. 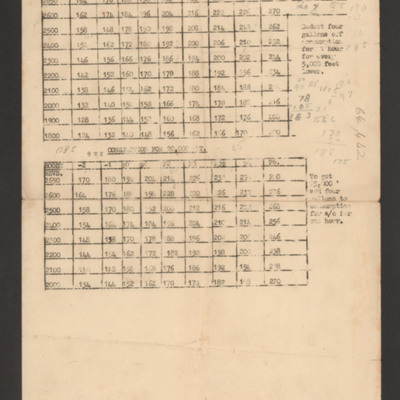 In-flight and running down serviceability report 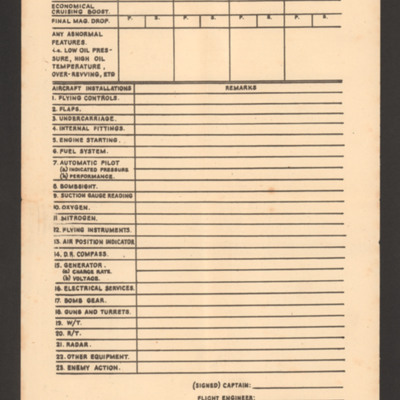 Operation schedule number 45 for 5 February 1945. Details 15 crews with aircraft. David Sanders is third on the list in aircraft 'J' NG308. The last two crews and the standby crew are annotated 'missing'. Also detailed are duty personnel. 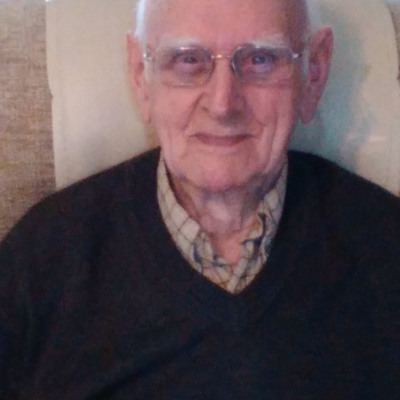 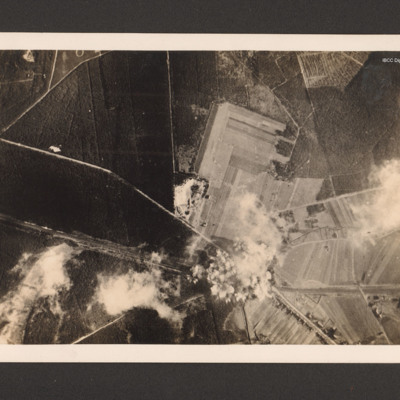 Target photograph showing the Canal running from middle left to bottom right. A road runs from two thirds way up left side and crosses the canal in the bottom right quarter before running to bottom edge. There are minor roads and open country and… 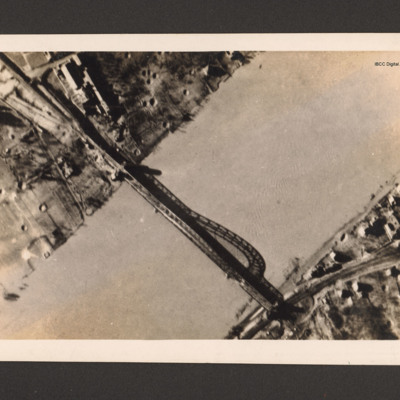 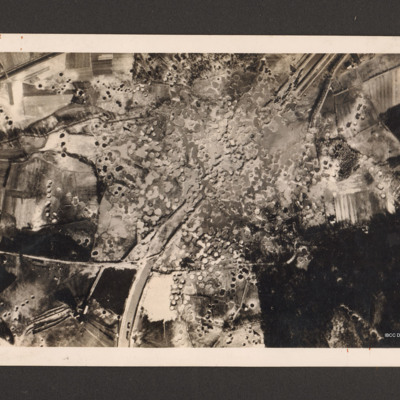 Reconnaissance photograph showing the Mitelland Canal at Gravenhorst running from top right to centre bottom. A large area in the centre is completely covered with craters and the canal has disappeared. To the right bottom a large wooded area and to… 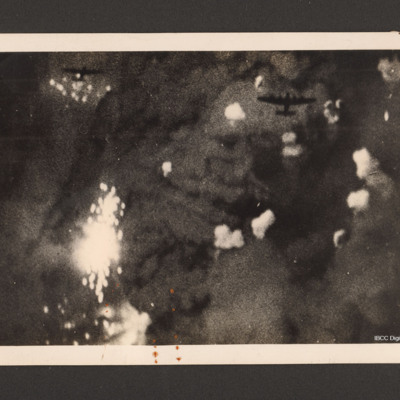 Air-to-air view showing the silhouette of two heavy bombers towards the bottom centre, well below going towards the bottom. In the background smoke, bomb explosions and on the right, target indicators. On the reverse '18. R.A.F. Bombers over… 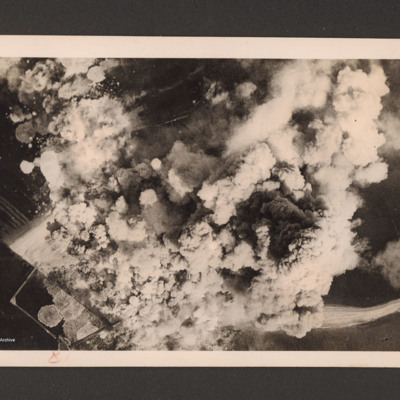 Target photograph showing a very large number of bomb explosions covering most of the image. On the reverse 'Heligoland 18.4.45. The airfield under intense R.A.F. Bomber Command attacks, 27 April 1945'. 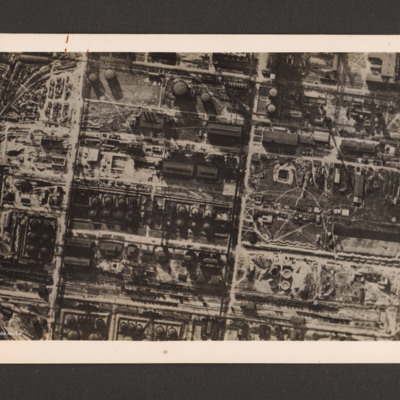 Reconnaissance photograph of a German synthetic oil plant. Within a grid pattern a large number of oil tanks, buildings, pipeline and oil manufacturing installations. A railway runs along the bottom. On the reverse 'R.A.F. destroys German synthetic… 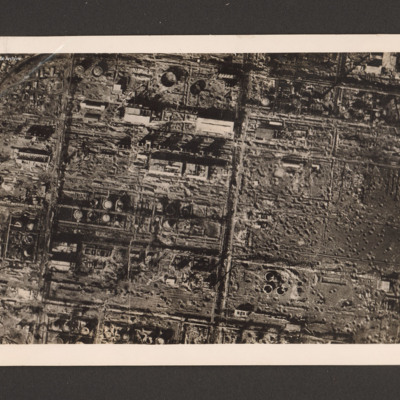 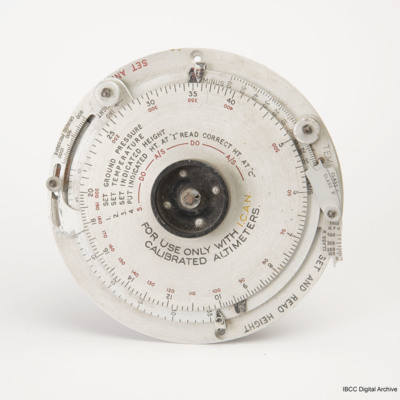 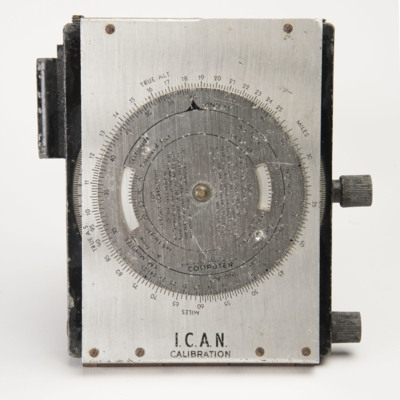 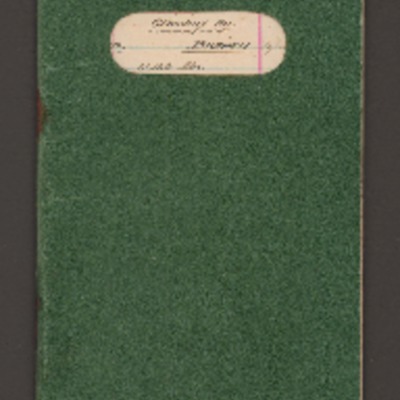 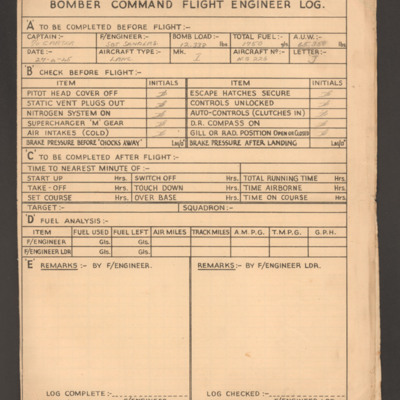 Engineer log completed by David Sanders for a sortie in Lancaster NG266 on 27 April 1945.
View all 19 items