The collection has been donated to the IBCC Digital Archive by Roy Briggs and catalogued by Barry Hunter. 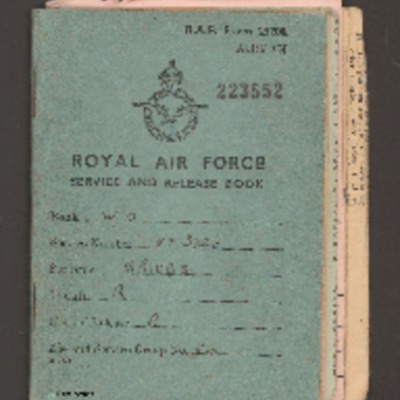 Warrant Officer Roy Briggs service and release book from 21 June 1943 to 18 March 1947 with comment 'A zealous and efficient NCO.' 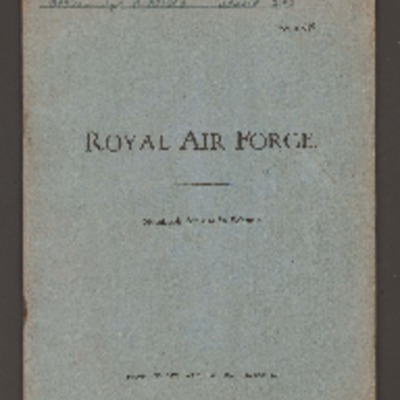 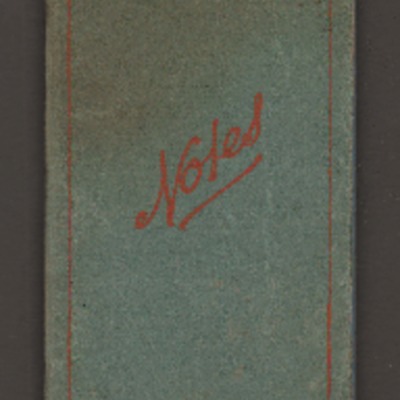 A notebook recording Sergeant Roy Briggs' postings and a list of family and personal addresses. 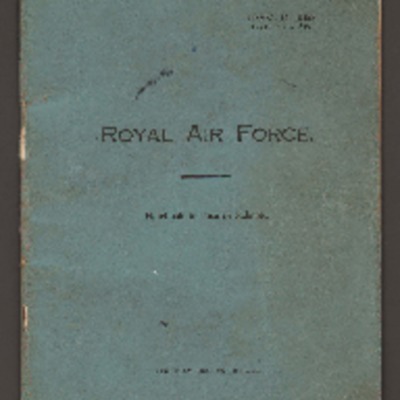 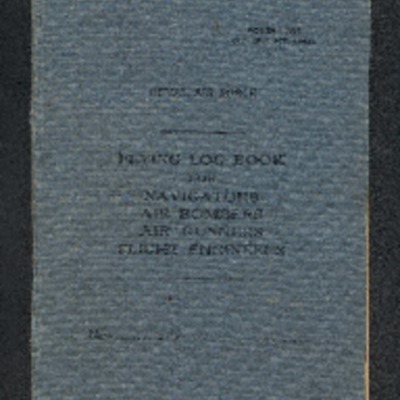 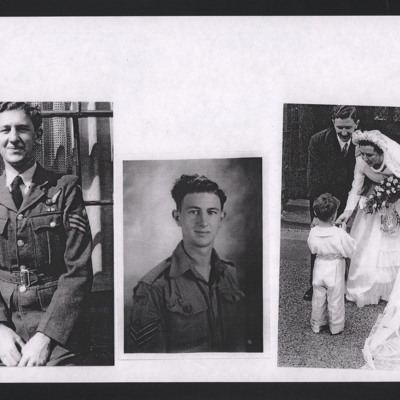 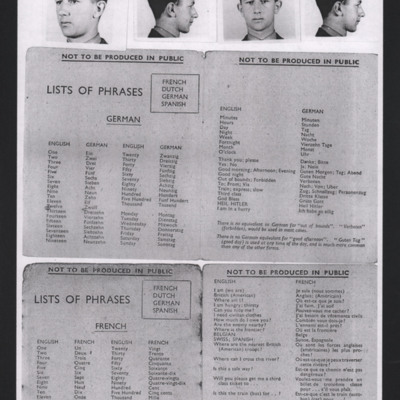 List of phrases in English, German, French, Dutch and Spanish. Along the top are four head profiles. 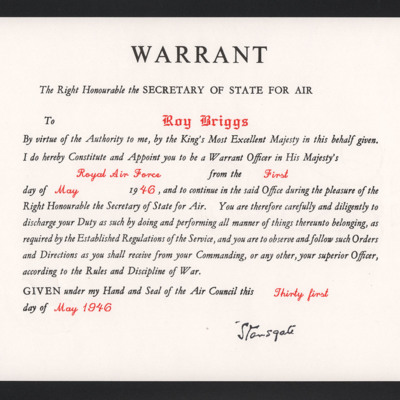 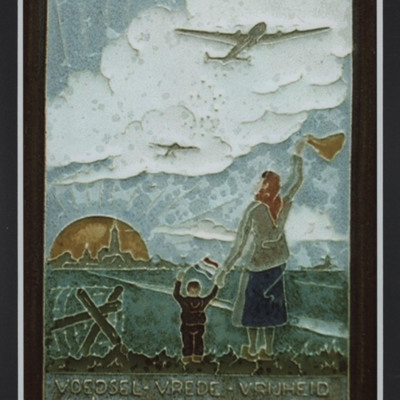 Ceramic tile commemorating Operation Manna. A woman holding a child's hand is waving a handkerchief. the child is waving a Dutch flag. Two aircraft are flying over dropping food. At the bottom the caption reads 'Voedsel-Vrede-Vrijheid 29 April . 1945… 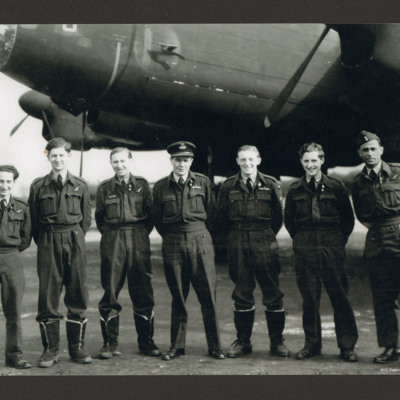 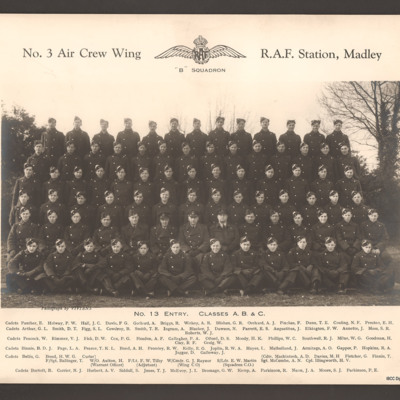 81 cadets, officers and NCOs arranged in six rows. The caption identifies each airman. 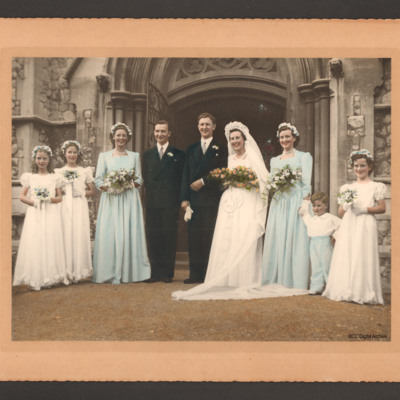 Roy Briggs, his bride, best man, two bridesmaids, three flower girls and a page boy. They are standing outside the church where they have just been married. 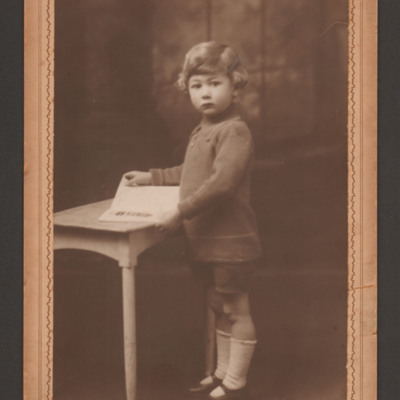 Roy Briggs and his crew 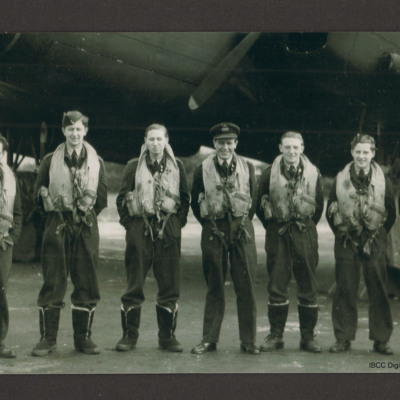 Roy Briggs and his crew standing in front of a Lancaster. They are wearing Mae Wests.

One officer and 39 airmen 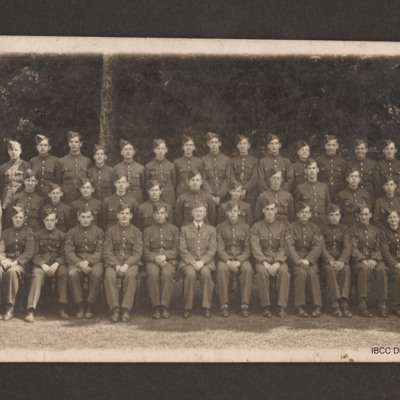 The men are arranged in three rows. Roy Briggs is 2nd on the left in the second row. on the reverse 'Taken 29-6-42 at Halton',

12 airmen waving off a Lancaster 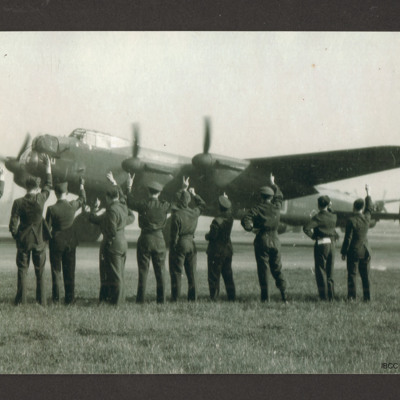 A group of 12 airmen waving off Lancaster U. They have their backs to the camera. On the reverse 'F/O Roberts F/S Pidding F/S Smale F/S Briggs F/S Rosario. Sgt Bewon Sgt Davies being waved off by members of 576 Sqdn when taking off on 1000 bomber… 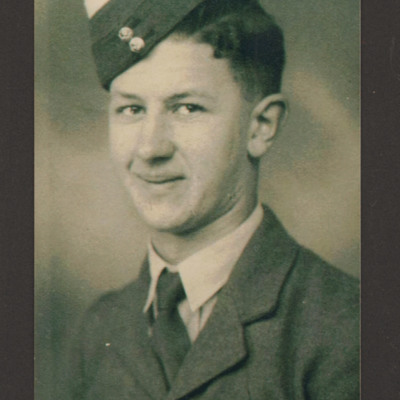 Head and shoulders portrait of Roy Briigs, taken whilst under training 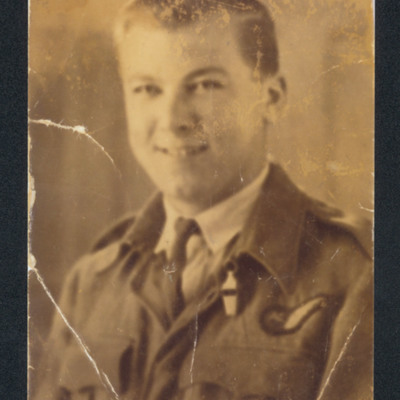 Head and shoulders of portrait of Derek Gurney. 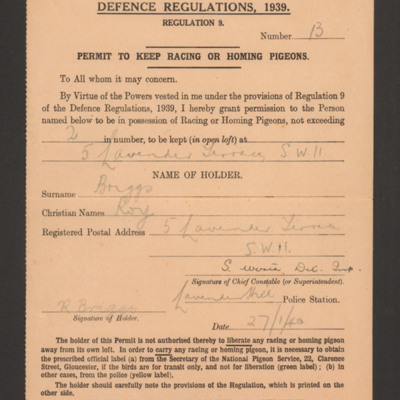 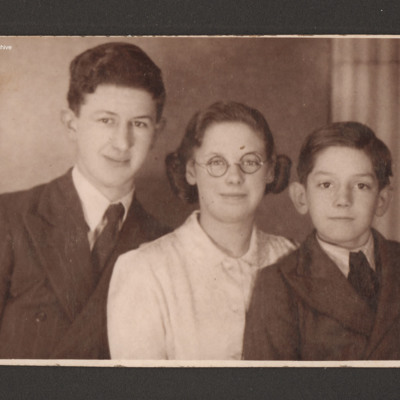 Head and shoulders portrait of Roy Briggs, his sister and brother. 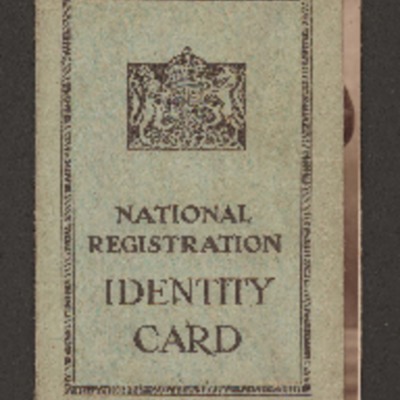 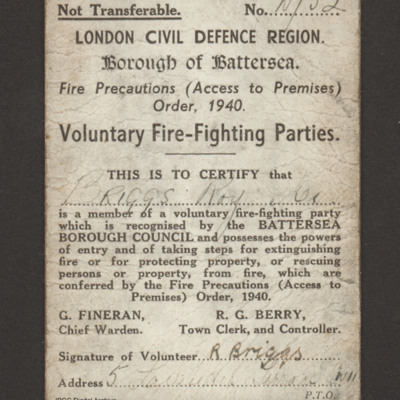 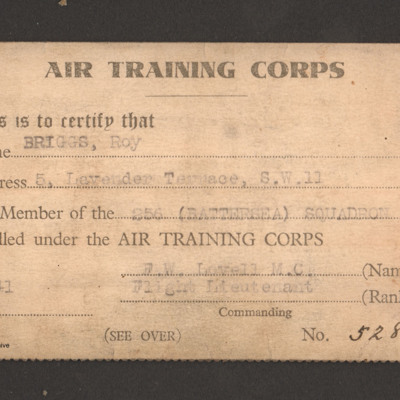 Roy Briggs was born in Battersea, London. After leaving school he undertook an engineering apprenticeship with Benham and Sons, producing equipment for the war. He describes his life during the Blitz. When he joined the Royal Air Force he trained as…
View all 24 items