25 items. The collection concerns Flight Lieutenant Gordon Albert Mills (b. 1921, 1448361, 196610 Royal Air Force). He volunteered for aircrew as air gunner and completed operations on 149, 218 and 75 NZ Squadrons on Lancaster and Stirling in 1944/45 and stayed in the RAF after the war. The collection contains his log book, documents, photographs and decorations.

The collection has been donated to the IBCC Digital Archive by L A Barker and catalogued by Nigel Huckins.

Man in a Lancaster cockpit 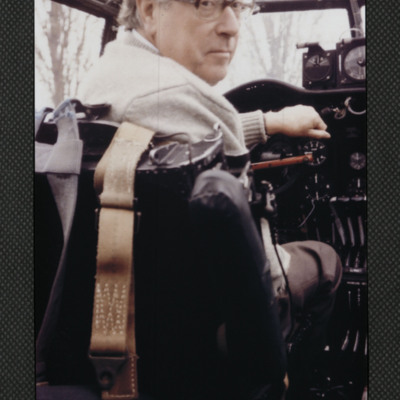 A man wearing civilian clothes and glasses sitting in the left hand seat of a Lancaster cockpit and looking back towards camera. 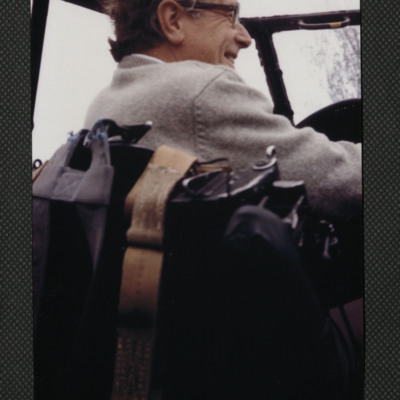 A man wearing civilian clothes and glasses sitting in the left hand seat of an aircraft cockpit. 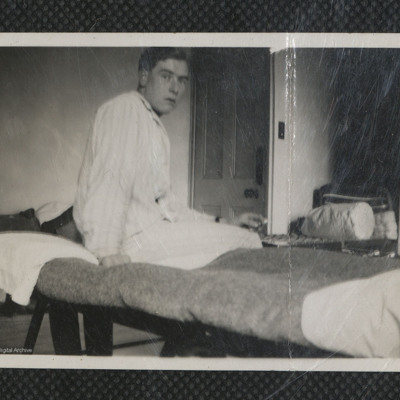 A man wearing pyjamas sitting on a bed. In the background a door and kitbag and holdall on a shelf. 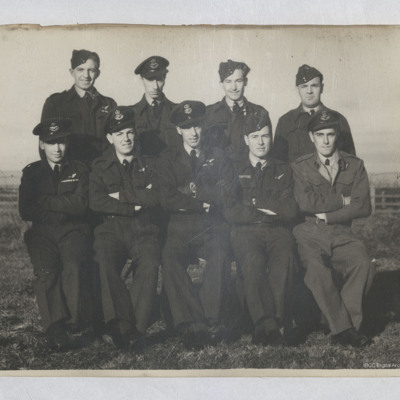 Eight men all wearing battledress and peaked or side caps. Four are sitting with arms folded and four are standing behind. All in the front row and the left man in the back row have visible brevet. In the background right a fence.

Thirty-seven officers, all wearing tunics, many with brevet, and peaked caps sitting and standing in four rows. In the background huts. All names at the bottom, Flying Officer Mills is third from left in back row. 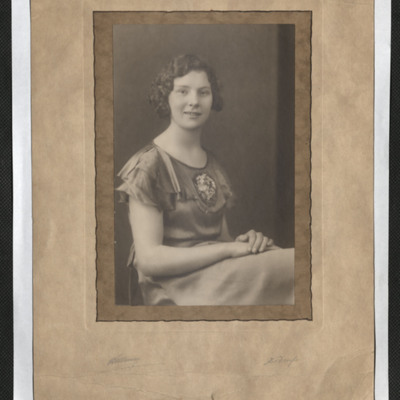 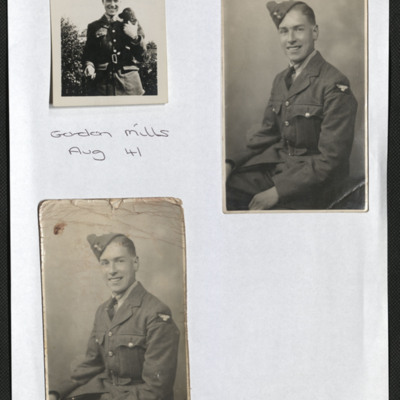 Hear and shoulders portrait of a man wearing tunic with air gunner's brevet and peaked cap.

On the left a bride wearing white wedding dress and holding bouquet. On the right ad RAF officer wearing tunic with air gunner's brevet and medal ribbons. In the background part of a stone building and a wooden door.

Man being presented with a silver tankard 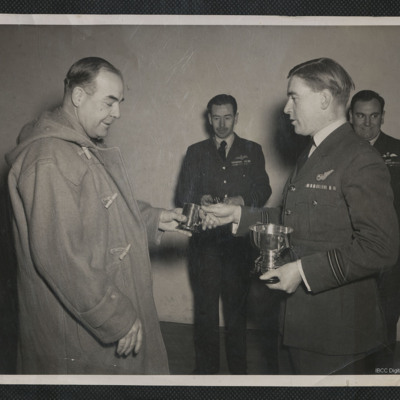 On the left and man wearing a duffel coat receiving a small silver tankard from a Royal Air Force flight lieutenant on the right wearing tunic with air gunner brevet and medal ribbons. Two RAF pilots stand in the background. 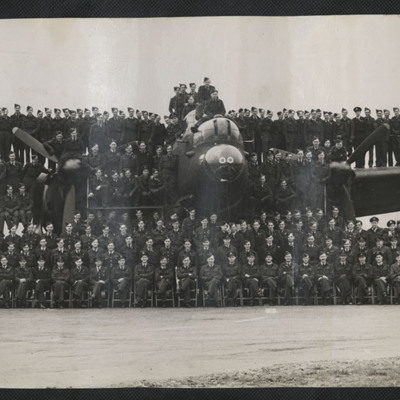 A very large number of RAF personnel sitting and standing in front of a Lancaster with others on stands and standing on top of the wings and fuselage. 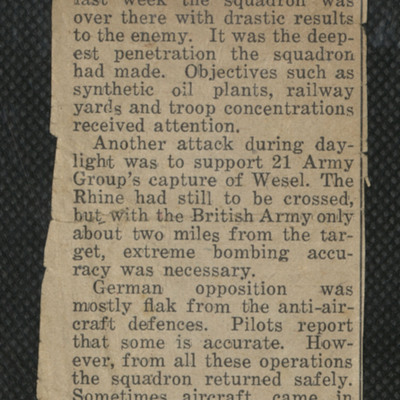 Mentions attack on Dresden and also on Wesel in support of Rhine crossing. German opposition was anti aircraft fire, however squadron all returned safely though some aircraft damaged. 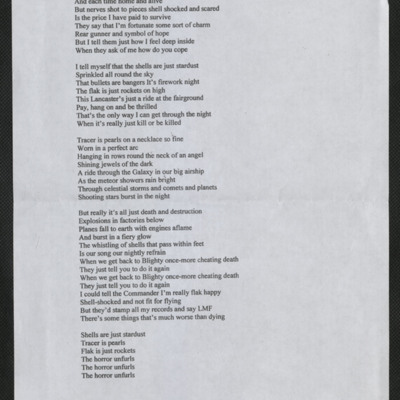 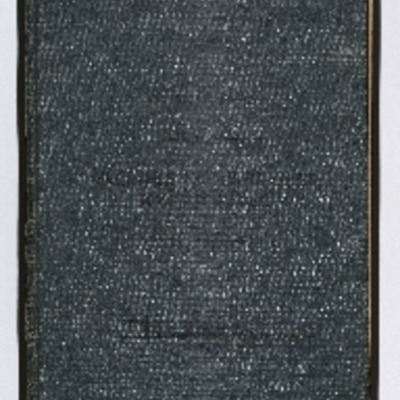 G A Mills’ RAF Observer’s and Air Gunner’s Flying Log Book, from 18th October 1943 to 24th May 1952, detailing training, operations and instructional duties as an Air Gunner, and post-war duties including Operation Sunray. Based at RAF Penrhos… 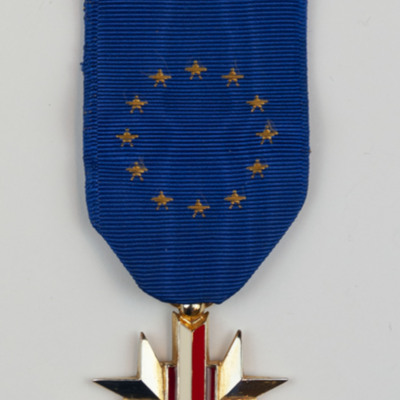 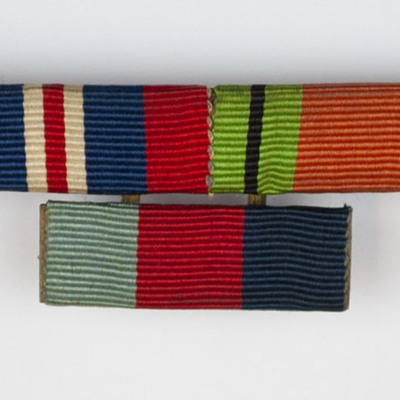 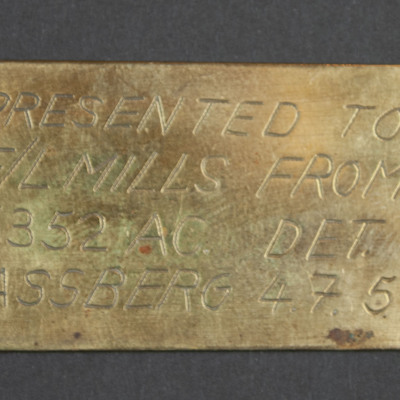 First five operations on 149 Squadron Stirling, then one operation on 218 Squadron before he Joined 75 Squadron on 16 January 1945. List 15 operations as air gunner on Stirling and Lancaster.

Lists thirteen sorties 16-28 on Lancaster of 75 Squadron as air gunner. Records eight wartime operations and five after the end of hostilities. 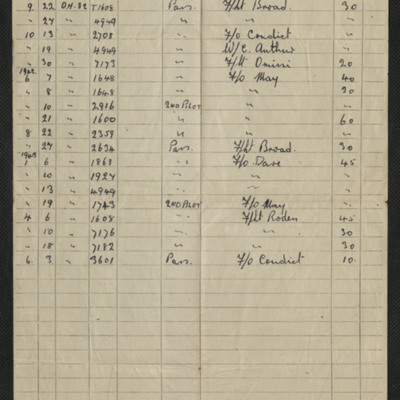 Form filled out with a few personal details but no assessment grades. Notes he flew Lancaster, Lincoln and Stirling and was a gunnery leader.

Letter to Gordon A Mills from secretary of state for air 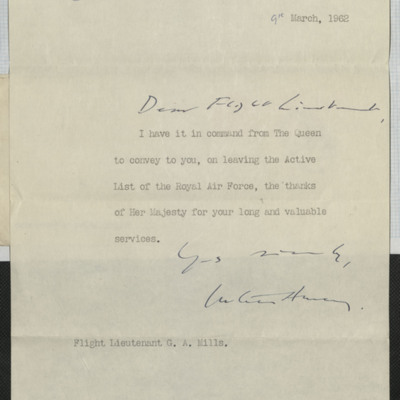