Six items. An album containing photographs of George Hutton's service and telegrams about his wedding. 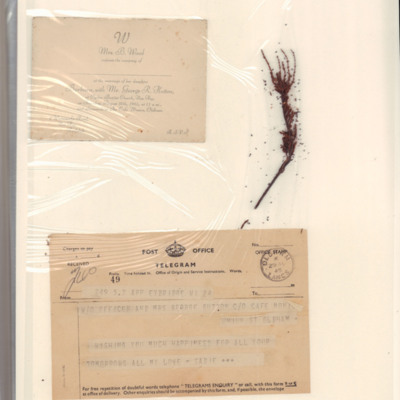 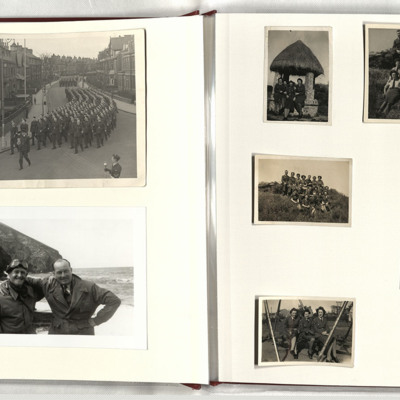 Seven photographs from an album.
Photo 1 is groups of airmen on parade, annotated '1-4-43'.
Photo 2 is two men arms lined, one man in goggles, at the coast.
Photo 3 is four WAAFs beside a stone and thatch structure.
Photo 4 and 5 are groups of… 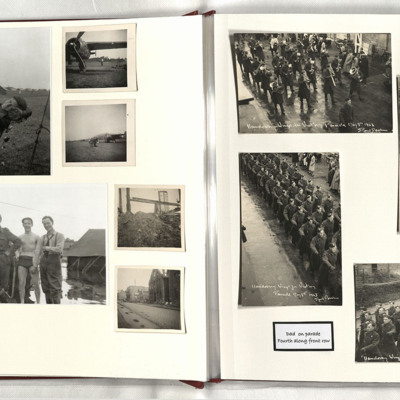 Ten photographs from an album.
Photo 1 is an airman in a gunners chair set beside tents.
Photo 2 is the port side of a Mitchell.
Photo 3 is a row of Mitchells.
Photo 4 is four airmen beside a flooded campsite.
Photo 5 and 6 are a bomb damaged… 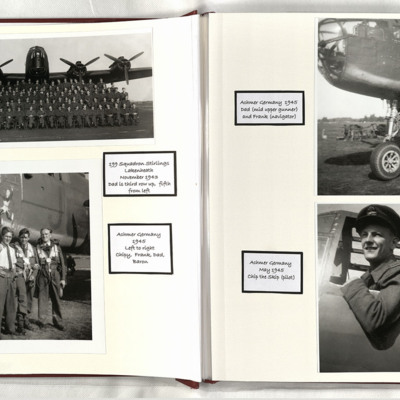 17 photographs from an album.
Photo 1 is a group of airmen arranged in five rows in front of a Stirling, captioned '199 Squadron Stirlings Lakenheath November 1943. Dad is third row up, fifth from left'.
Photo 2 is four airmen standing under the… 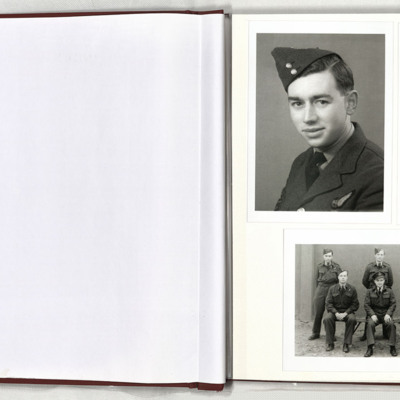 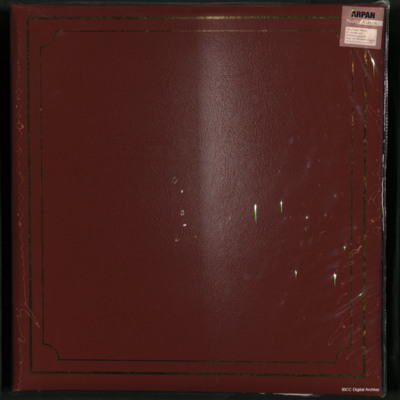