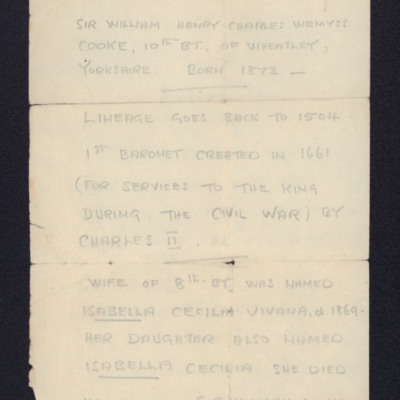 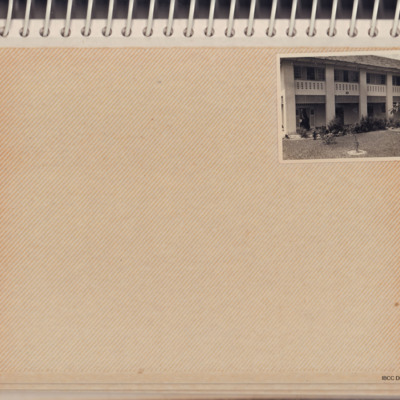 A two story house with an upstairs terrace. 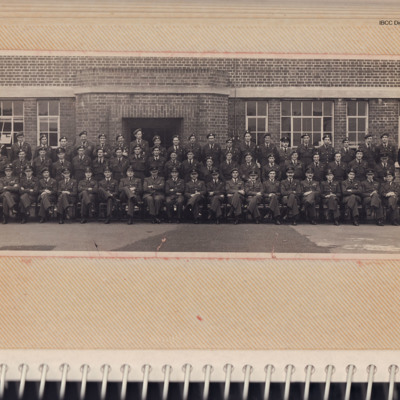 A large number of airmen arranged in three rows in front of a brick building. 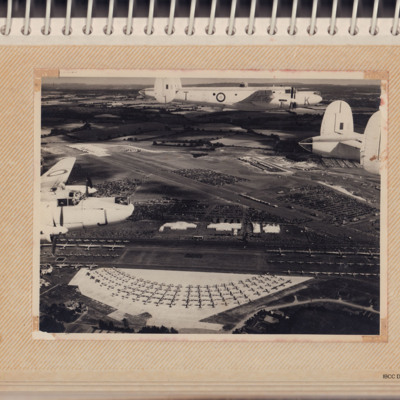 Air-to-air view of three white Shackletons flying over an airshow for the Queen's Coronation. On the ground are large numbers of aircraft, people and parked cars. 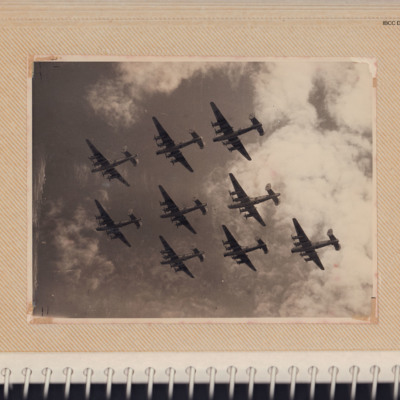 An air-to-air view of nine Shackleton taken from underneath. 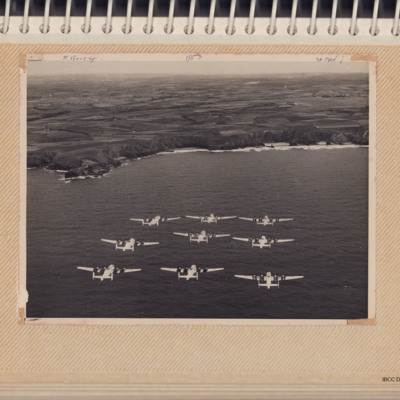 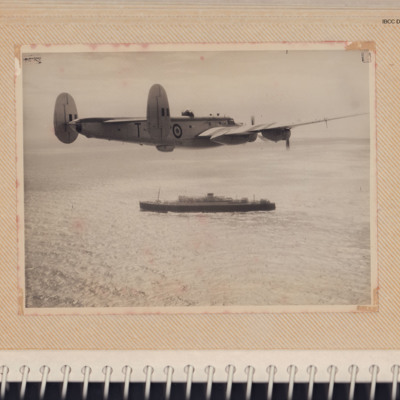 An air-to-air view of a Coastal Command Shackleton flying over a Liner. 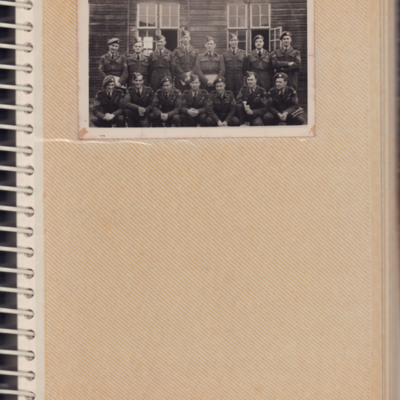 15 airmen arranged in two rows outside a wooden hut. 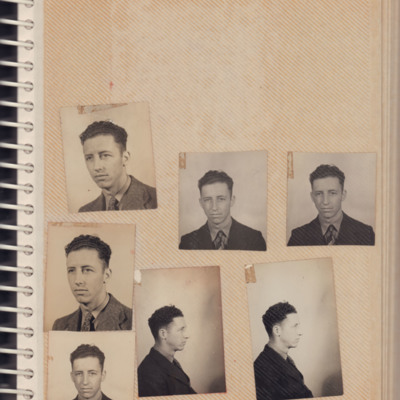 Seven head and shoulders portraits of Rex Searle. Typically these were taken for use in identity cards, if evading capture on mainland Europe. 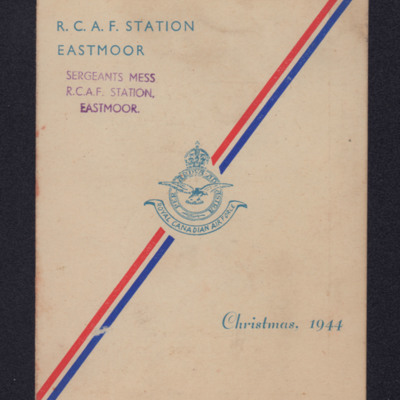 A menu for Christmas dinner. 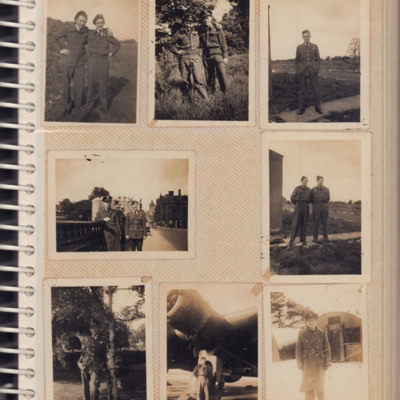 Eight photographs from an album.
Photo 1 is two airmen standing in a grassy area.
Photo 2 is two airmen in a field.
Photo 3 is an airman standing with his hands in his pockets.
Photo 4 is three airmen on a bridge over the Ouse at York.
Photo 5… 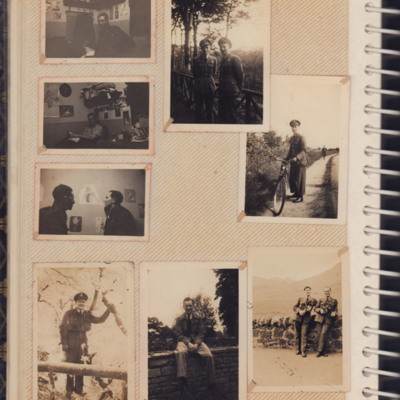 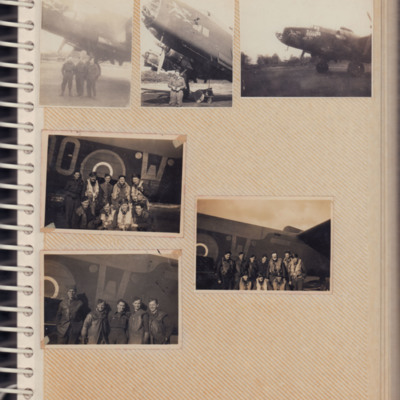 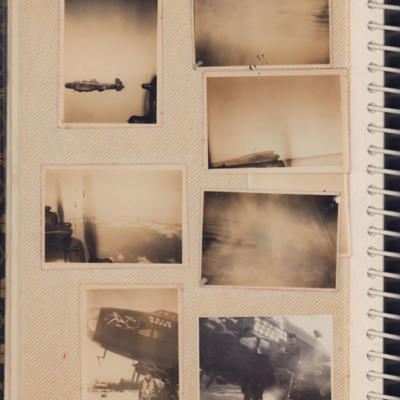 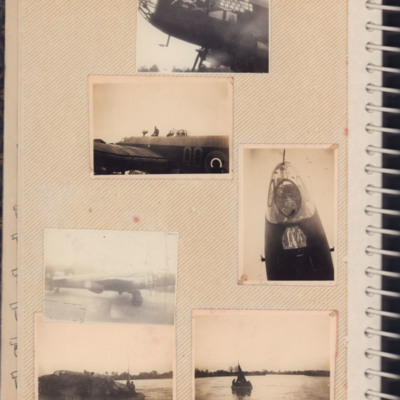 Six photographs from an album.
Photo 1 is the nose of Halifax 'W' with the nose art of 'Willie the Wolf' depicting a naked woman pursued by a wolf. There are 44 operations marked.
Photo 2 is an airman on top of a Halifax.
Photo 3 is underneath the… 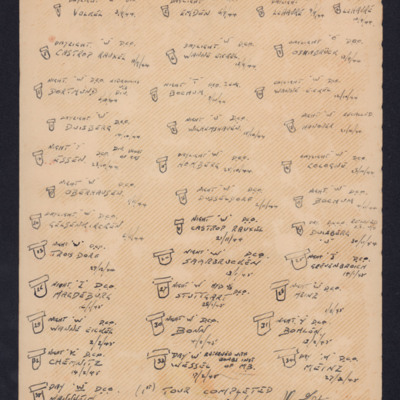 A list of 35 operations completed, with target, aircraft and date. 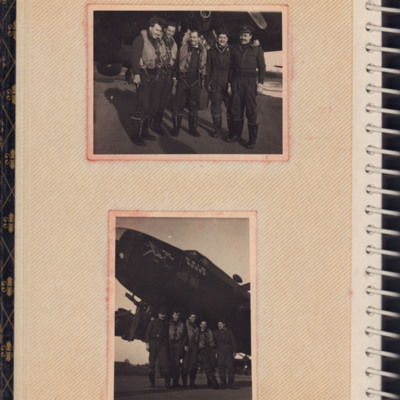 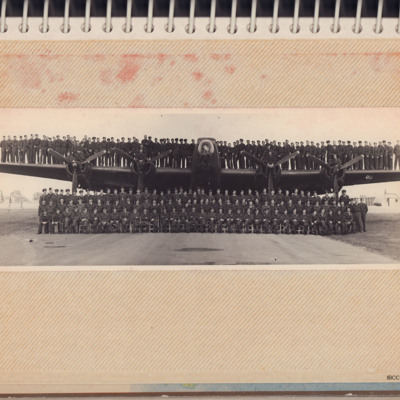 A large group of airmen arranged in four rows, one of which is standing on the wing of a Halifax. 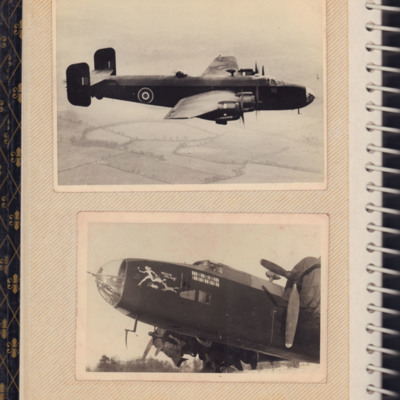 Two photographs from an album.
Photo 1 is an air-to-air view of Halifax in the air.
Photo 2 is the nose of a Halifax with 'Willie the Wolf' nose art. It depicts a naked woman being pursued by a wolf. 30 operations are marked by bombs.

Rex Searle and his crew in the snow 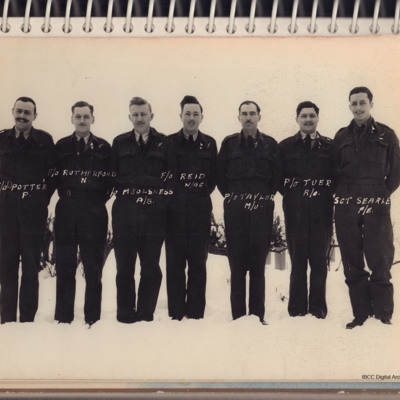