62 items. Two oral history interviewws with Rex Searle (b. 1919, 615463 Royal air Force) He served as ground crew before becoming a flight engineer and flying operations with 432 Squadron. after the war he served with Coastal and Transport Commands. The collection contains his log book, decorations, photographs and two albums.

The collection has been loaned to the IBCC Digital Archive for digitisation by Rex Searle and catalogued by Barry Hunter.

Rex Searle and his decorations 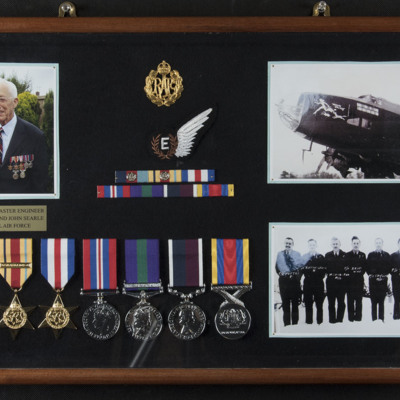 A framed display with five sections.
#1 is a modern photograph of Rex wearing his medals. Underneath is a plaque stating 'Y0615463 Master Engineer Rex Ormand John Searle Royal Air Force'.
#2 is Rex's ribbons, brevet and hat badge.
#3 is the nose… 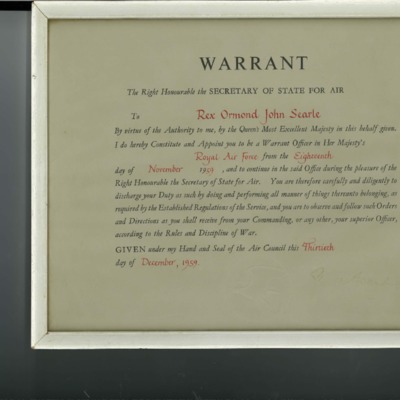 A document awarding Rex the rank of Warrant Officer. 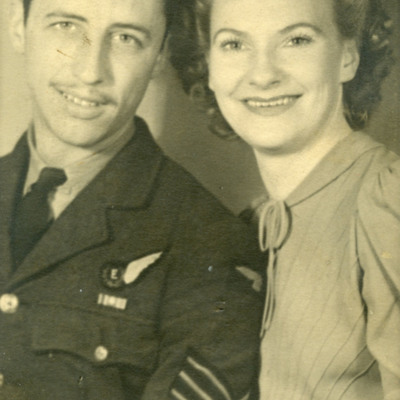 Half length portrait of Rex and Isobel. Rex is in RAF uniform.

A group of airmen arranged in four rows in front of a Blenheim. It is annotated '601 Cy of London Fighter Squadron Hendon 1939
Tangmere-Hawkinge-Manston -1940-Middle Wallop - Merville, France -Tangmere'.

Mount for a Photograph 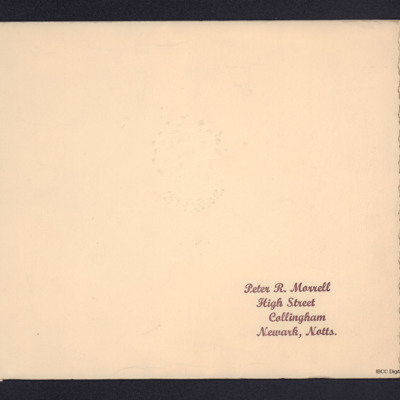 A cardboard mount for a photograph, produced for Peter R Morrell, Newark. 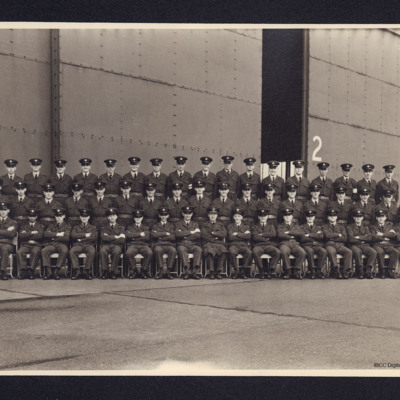 A group of 52 airmen arranged in three rows outside a hangar. Rex Searle is in the back row, eighth from the left. 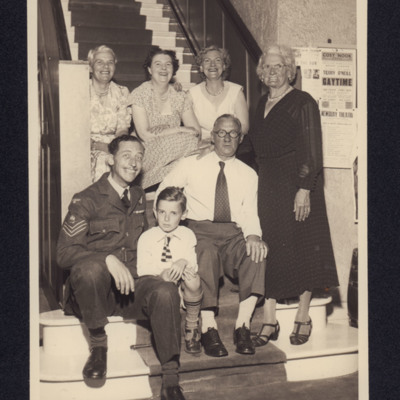 Rex in uniform, his son, father and mother and three women grouped on a set of stairs. 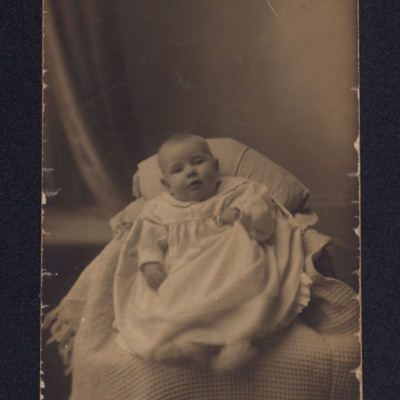 Isobel as a young baby propped up on a chair. On the reverse 'Isobel'.

Isobel Searle and her father 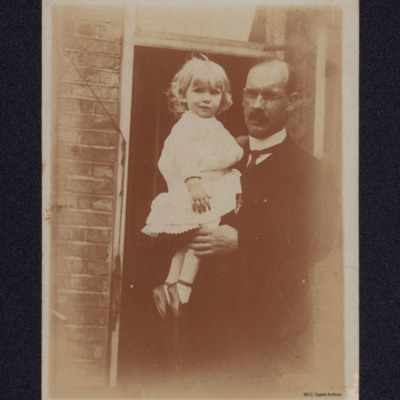 A young Isobel being held by her father. They are standing in a doorway. On the reverse 'Isobel and her dad'. 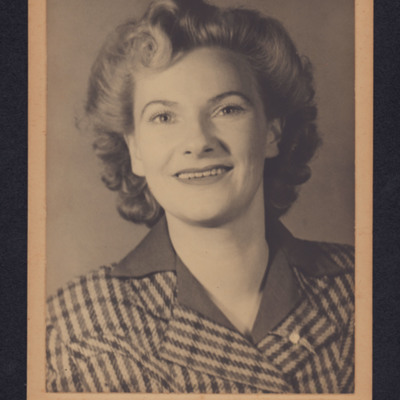 Head and shoulders portrait of Isobella (Isobel) Searle. On the front 'Nov 1944' and on the reverse 'Isobel' and Prestophoto Ltd.
There is a second copy with '1944' handwritten on the image. 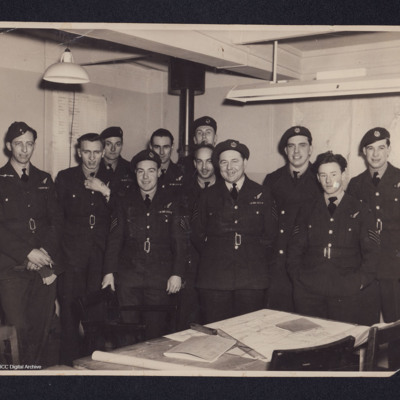 Rex and ten airmen in a group standing around a table. 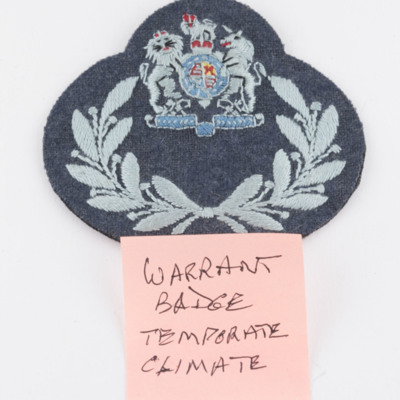 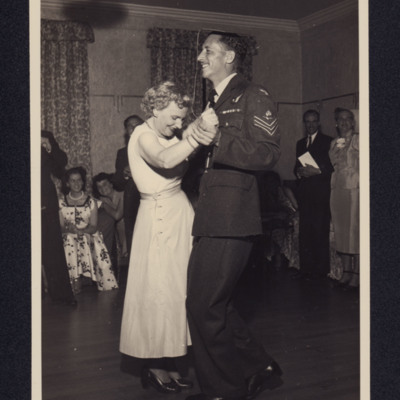 Rex in uniform dancing with Isabella 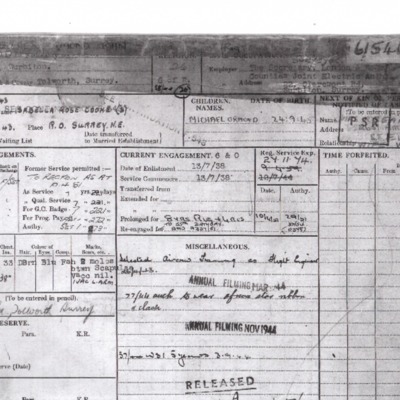 RAF form 543 issued to Rex Searle detailing his service in the RAF. 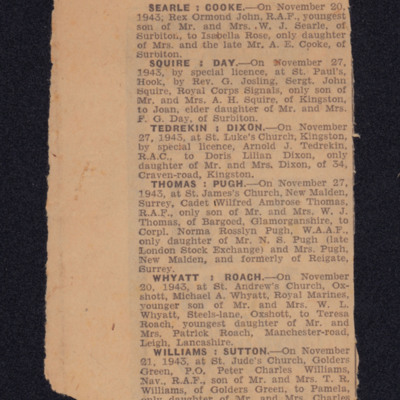 A newspaper cutting with Rex and Isabella's marriage announcement. 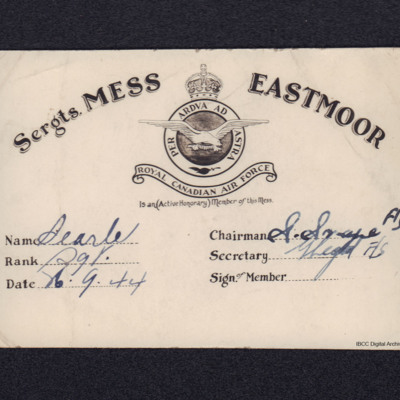 Rex's membership card for the Sergeant's Mess at Eastmoor. 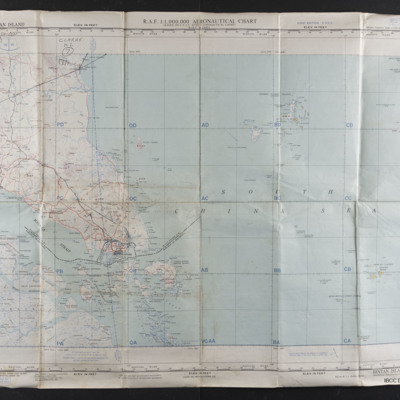 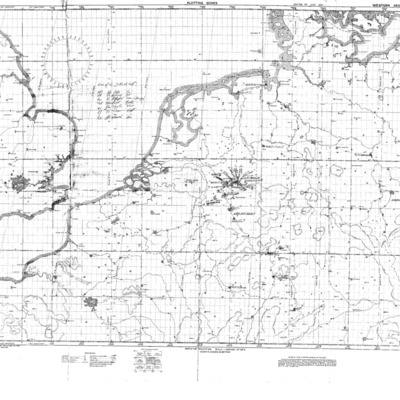 A planning chart covering the UK and Western Germany. Rex Searle's operations are annotated on it. 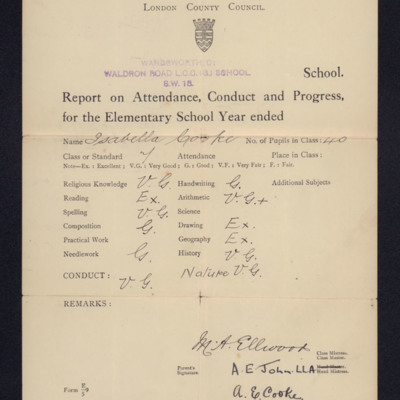 A record of Rex's school work 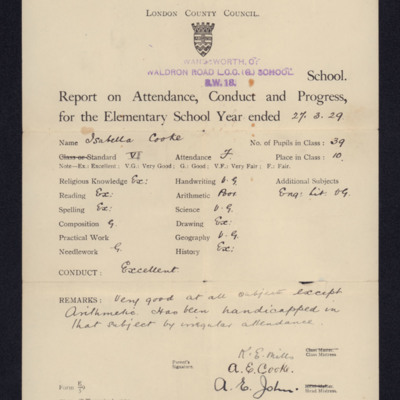 A record of Rex's work at school

A record of Rex's school work 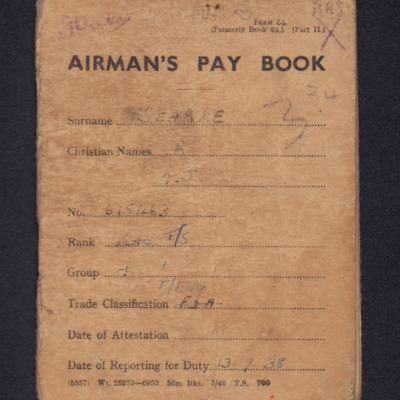 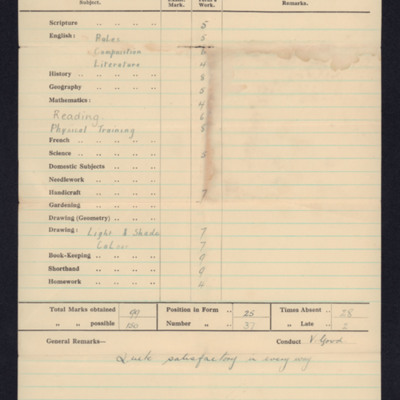 A record of Rex Searle's results. 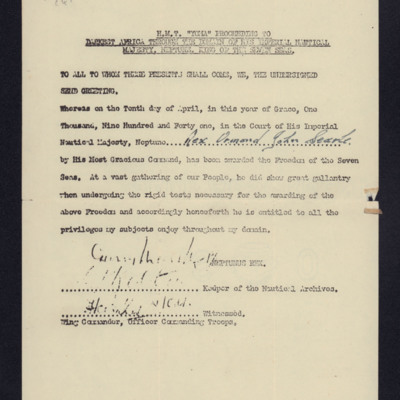 A certificate awarded to Rex on crossing the Equator. Issued on board HMT Yoma.

Half length portrait of Rex Searle in a blazer with seven medals. He is standing in his garden. On the reverse is a note identifying him.
View all 158 items