The collection has been loaned to the IBCC Digital Archive for digitisation by Guy Nevill and catalogued by Archive staff. 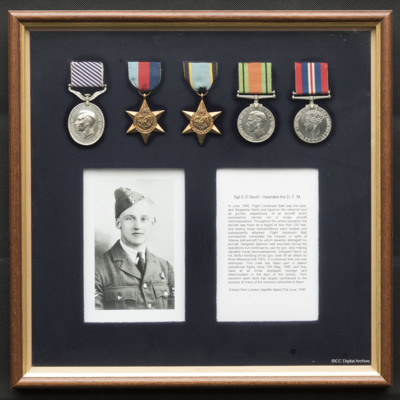 A frame containing Edward's five medals, a head and shoulders portrait and a newspaper cutting about his award of a DFM.
Decorations are: Distinguished Flying Medal, 1939-1945 Star, Air Crew Europe Star, Defence Medal and War Medal 1939-1945. 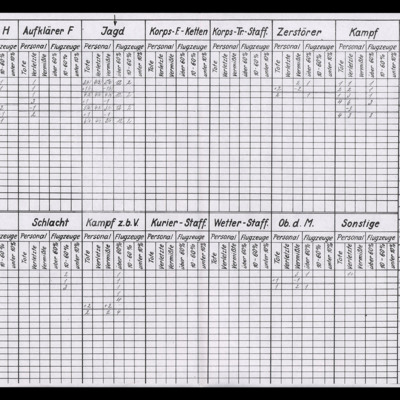 Summarising the activities of the different aircraft groups.

Six newspaper cuttings referring to the award of a DFM to Edward Nevill and giving details of the conduct which led to the three crew being awarded medals. 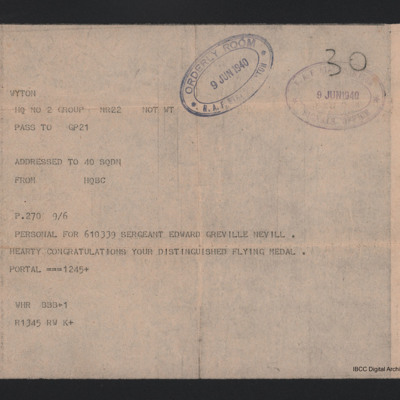 A telegram sent to Edward Nevill from Bomber Command Headquarters congratulating him on receiving a DFM. 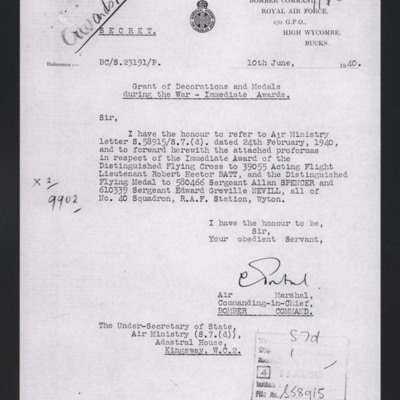 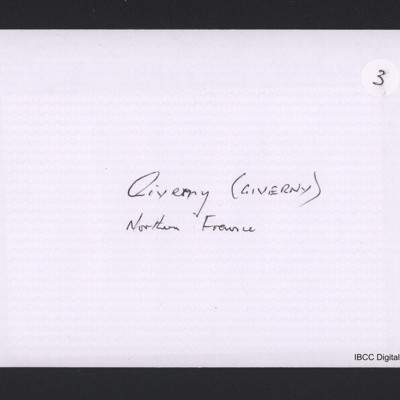 A memorial plaque, with a propeller blade and stone supports and a gravestone for the seven airmen who died when their Lancaster crashed at Giverny. A handwritten note says 'Qiverny (Giverny) Northern France'. 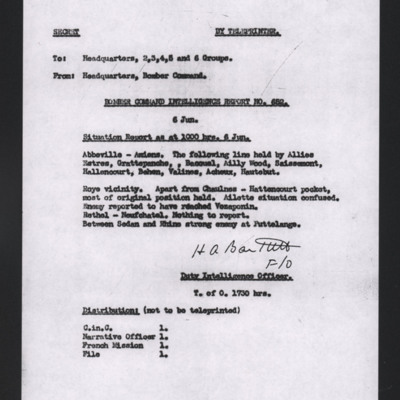 All marked 'Secret'. They are dated 6th June and give situation reports about the Allied lines and enemy ground, air and rail activity. 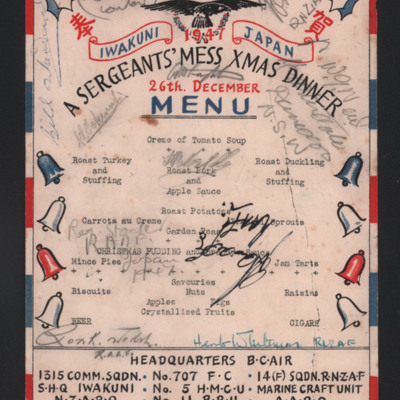 Christmas Dinner Menu, Iwakuni, Japan 1947. The menu is signed by many of the participants. 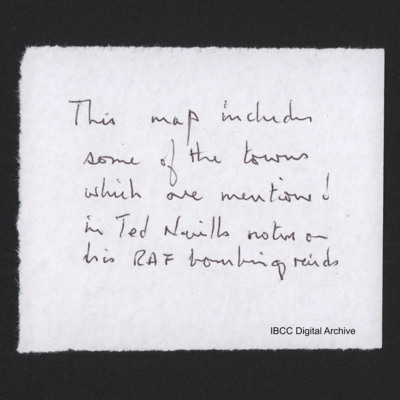 Two small scale maps of Northern France with some locations highlighted. A note accompanying the maps comments 'This map includes some of the towns which are mentioned in Ted Nevills notes on his RAF bombing raids'.
View all 9 items