Seven items. An oral history interview with Walter Goodwin (b. 1921, 419914 Royal Australian Air Force) as well as his log book, a story about visit to Cape Town, certificates, flying operation guide for Haverfordwest and photographs. He flew as a pilot with 463 Squadron.

The collection has been loaned to the IBCC Digital Archive for digitisation by Walter Goodwin and catalogued by Nigel Huckins. 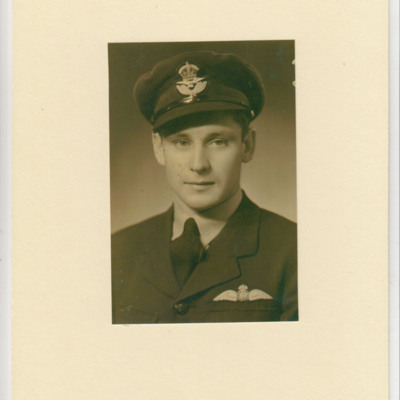 Head and shoulders portrait of an officer wearing tunic with pilot's brevet and peaked cap. 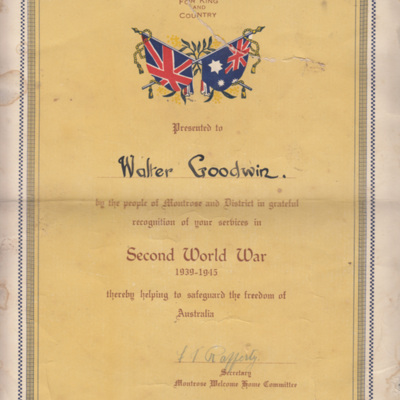 To Walter Goodwin in recognition of service in second world war. 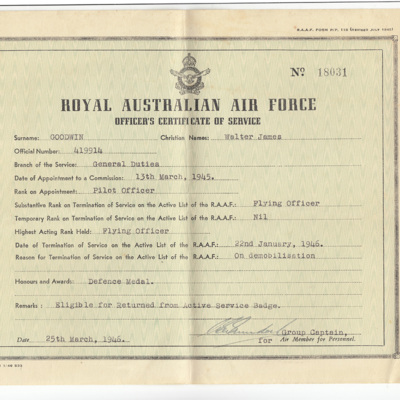 Details of service in the Royal Australian Air Force as officer from 13 March 1945 until 22 January 1946. 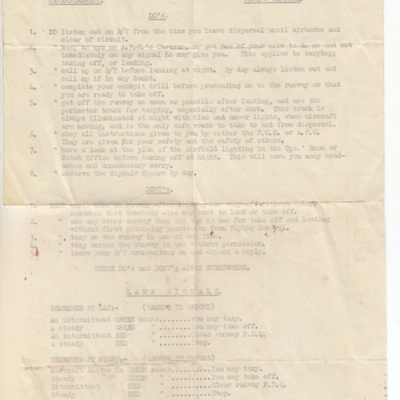 List of do's and don'ts for flying operations at Haverfordwest as well as a list of lamp signals and a map of the airfield with runways and dispersals marked. 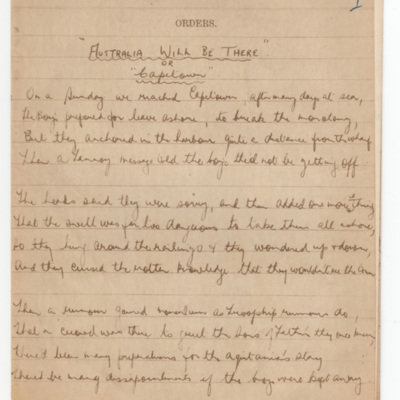 Story of adventure on a troopship ship and not being allowed ashore but then jumping ship. 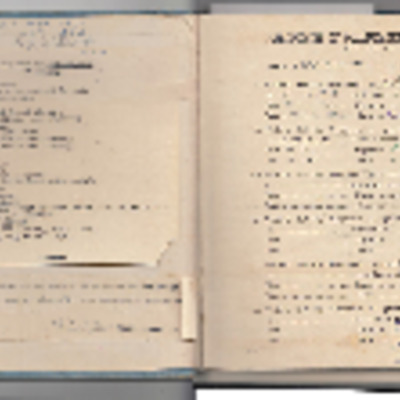 Wal Goodwin grew up near Melbourne, was conscripted in the Australian Army but was discharged due to his father’s reserved farming occupation. He later volunteered for the Australian Air Force and received his initial training of meteorology, Morse…
View all 7 items