16 items. An oral history interview with Frederick Say DFC (1921 -2017, 752638 Royal Air Force), photographs, charts and documents. He flew operations with 466, 196 and 514 Squadrons.
The collection has been loaned to the IBCC Digital Archive for digitisation by Frederick Say and catalogued by Barry Hunter.

Squadron in front of a Wellington 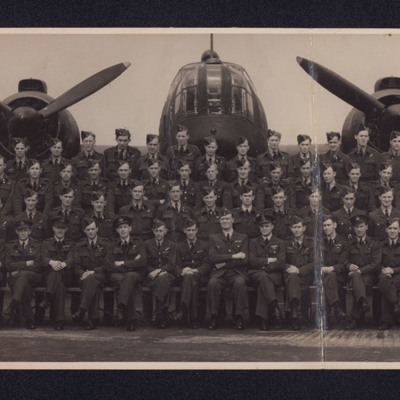 A large group of airmen arranged in four rows in front of a Wellington. 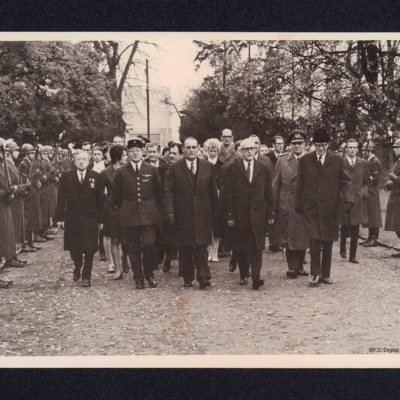 A parade of civilians and officers flanked at the side by soldiers. On the reverse is 'Parade to Wargraves'. 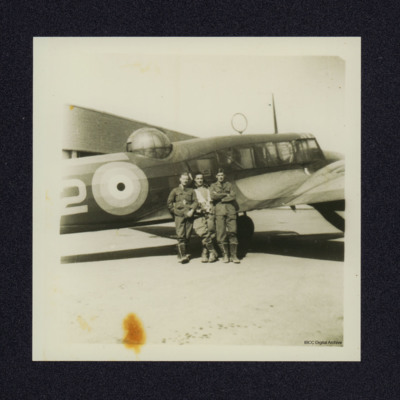 Three airmen, including Fred Say, leaning against an Anson. 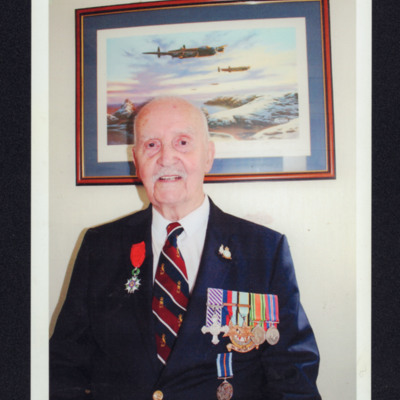 Half portrait of Fred Say in blazer with his seven medals. Behind is a painting of two Lancasters over a snowy landscape. 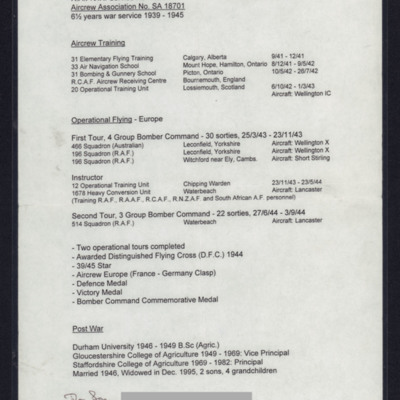 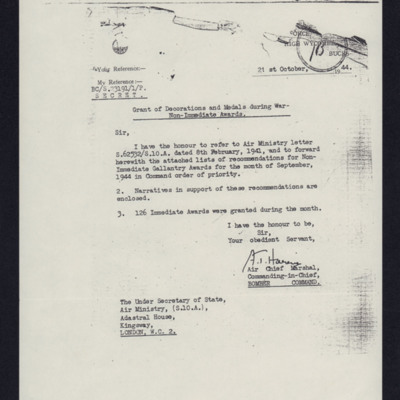 The letter refers to a previous letter and recommendations for Non-Immediate Awards. 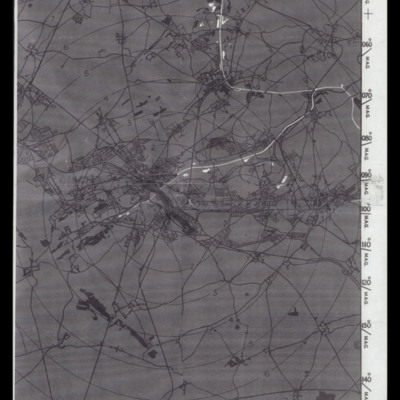 A chart used for bombing of the centre of Lens. Magnetic bearings are plotted on the outside and range circles from the centre are overprinted. It is centered on the marshalling yards. All the detail is grey or black but the canals, ponds and lakes… 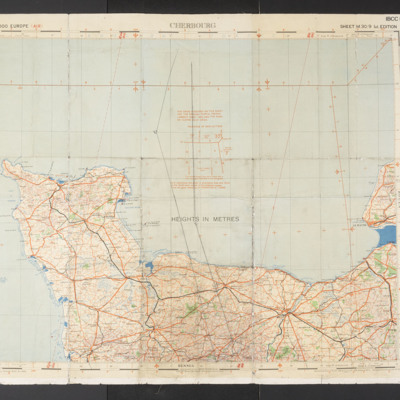 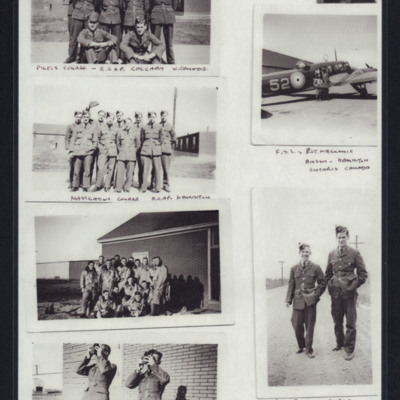 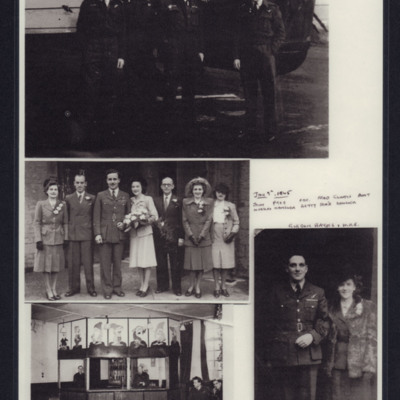 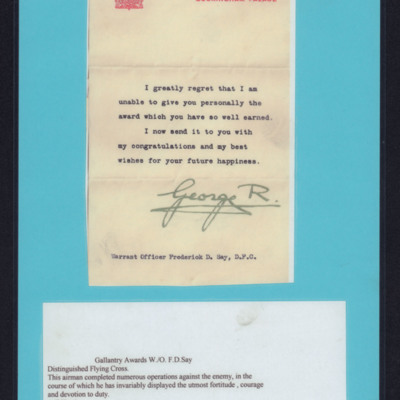 A letter from the KIng awarding Fred a DFC and a note from Arthur Harris describing why he received the award. 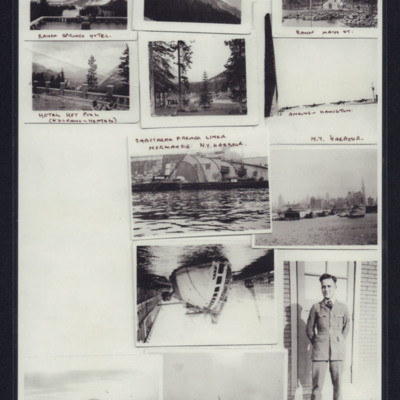 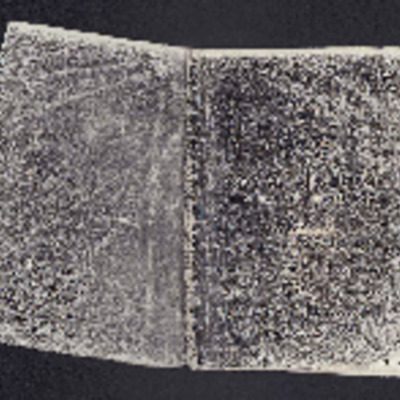 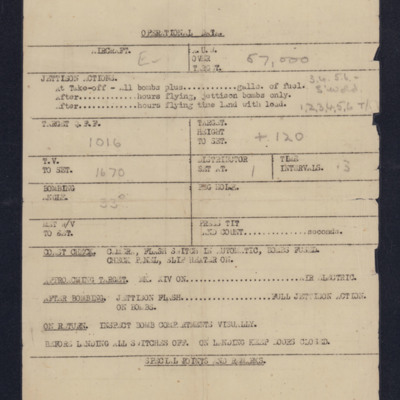 Calculations for an operation prepared by a bomb aimer

Frederick Say went to Tottenham County High School and when he left school he went to study agriculture. He joined the RAF and was posted to RAF Tangmere and worked in the Operations Room as a clerk and was promoted to Leading Aircraftsman Special…
View all 16 items