Seven items. The collection concerns Elizabeth Humphrey (b. 1924, 2098310 Royal Air Force) and contains a photograph, service material and an exercise book with hand drawn diagrams and training notes. She joined the Women's Auxiliary Air Force and served in Balloon Command before remustering as an instrument technician and being posted to 12 Squadron at RAF Wickenby.
The collection has been donated to the IBCC Digital Archive by F Joseph and catalogued by Barry Hunter. 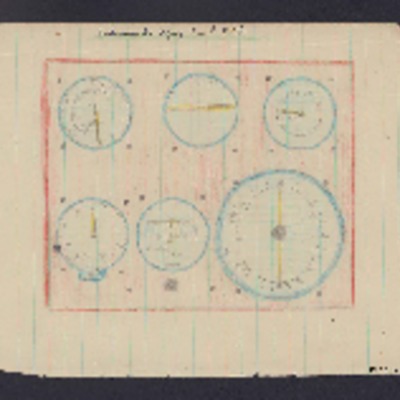 A notebook used by Elizabeth Humphrey during her training as an instrument technician. 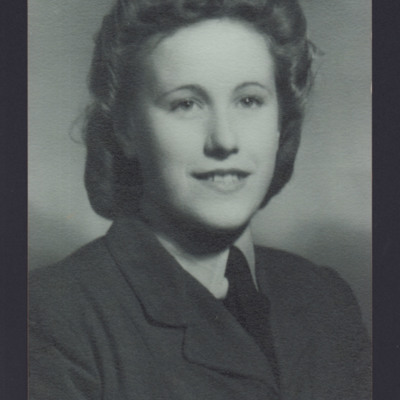 Head and shoulders portrait of Liz Humphrey in uniform. 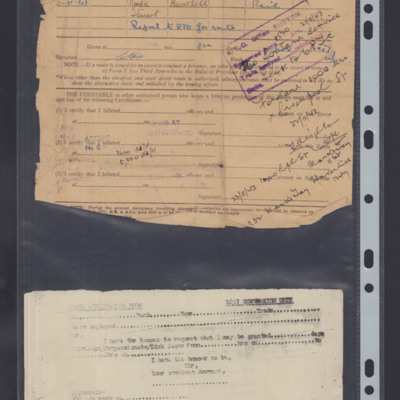 A travel document issued to Liz Humphrey when she was posted to RAF Stradishall. 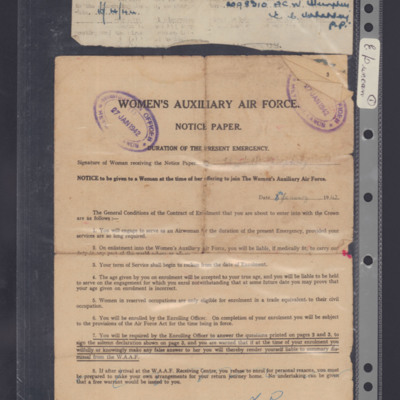 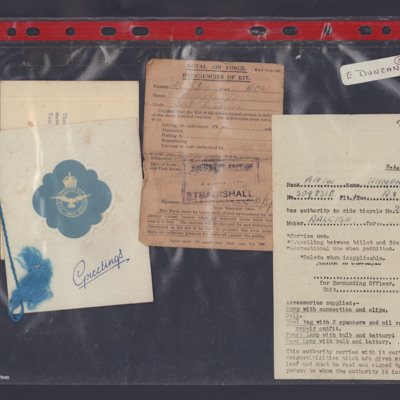 The RAF Greetings Card has no message.
The Deficiencies of Kit form.
A chit authorising Liz Humphrey's use of a bicycle. 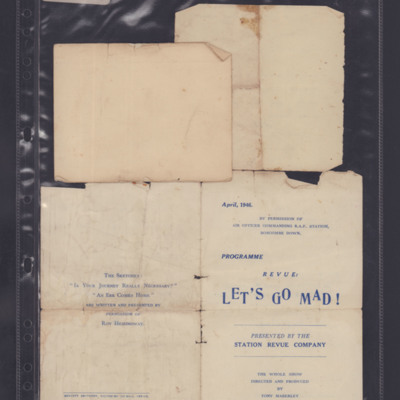 A programme for the revue 'Let's Go Mad' presented by The Station Revue Company at RAF Boscombe Down.

Also included are a pass out and an invitation to a dance at RAF Stradishall. 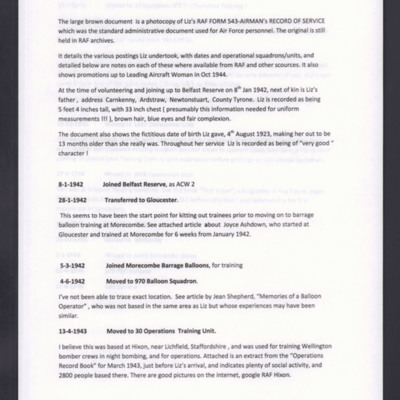 A summary of Liz Humphrey's service history from January 1942 to 1946. Her service activity included serving in 970 Balloon Squadron, 30 Operational Training Unit at RAF Hixon, 12 Squadron at Wickenby, 1657 Conversion Unit at RAF Stradishall and 1654…
View all 7 items