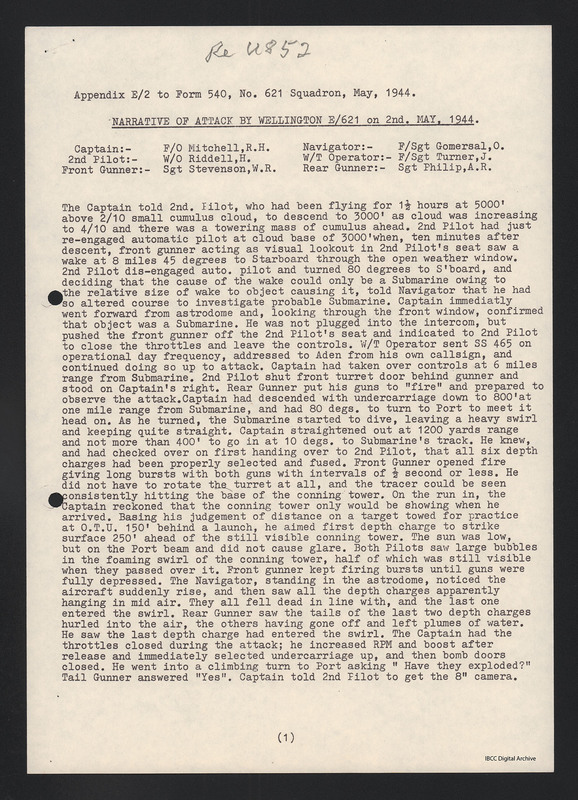 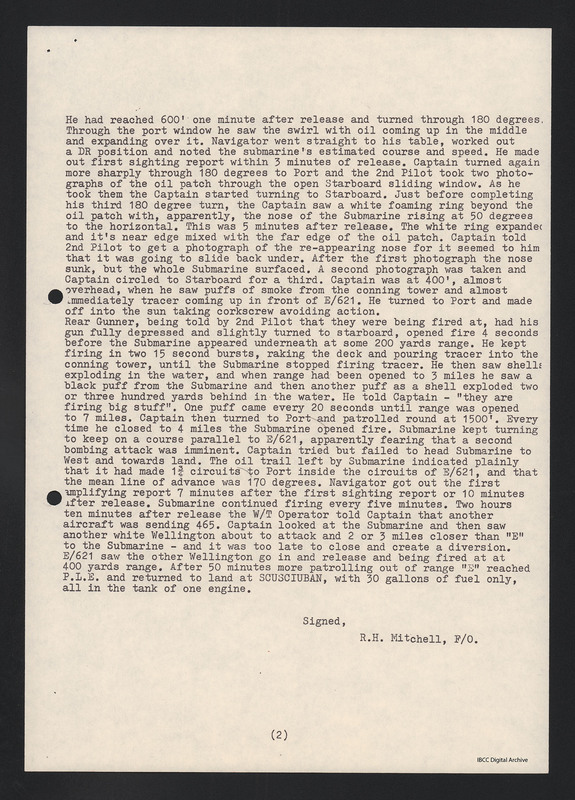 Account starts with crew names including Flight Sergeant Oliver Gomersal as navigator. Continues with front gunner seeing a wake which after following spotted a submarine. Detailed account of attack with depth charges and front gun and subsequent actions. Submarine surfaces and engages Wellington with anti-aircraft and main gun. Submarine trailing oil and attacked by another Wellington. Oliver Gomersal's crew return to base very short of fuel. Captioned 'Re U852'.