Interview with Bernie Harris. One 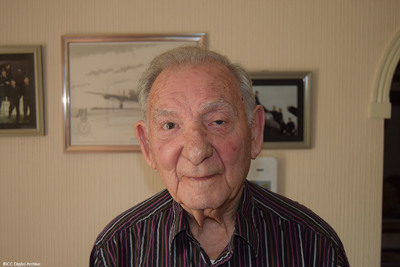 Interview with Bernie Harris. One

Bernie Harris joined the Royal Air Force in 1943 and trained to become an air gunner. His first operation was Operation Manna, dropping food on Holland at the end of the war.