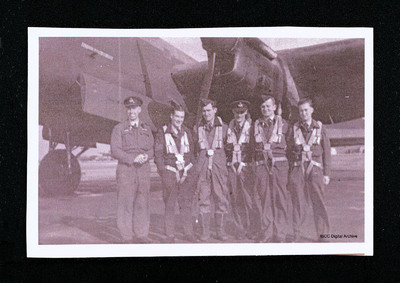 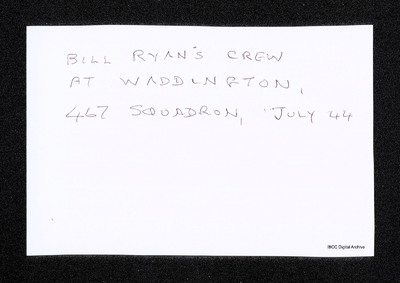 Six aircrew are standing next to a Lancaster with bomb bay open, with five of them wearing parachutes, with the pilot standing on the left. Two aircrew are wearing peaked caps, two are wearing side caps and one of them in the middle is wearing boots.
On the reverse 'BILL RYAN'S CREW AT WADDINGTON, 467 SDQUADRON, JULY 1944'.