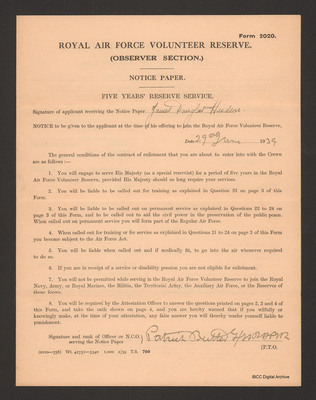 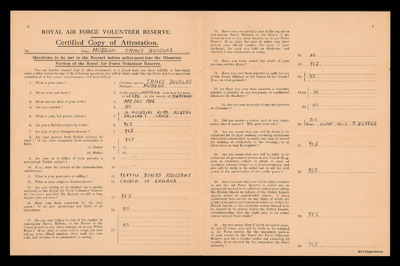 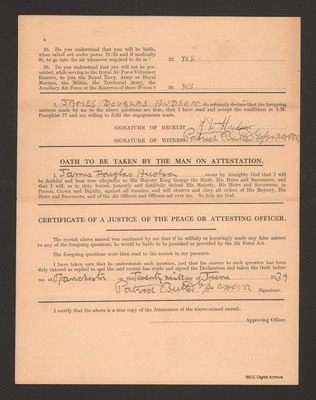 Notice paper for five years reserve service for James Douglas Hudson dated 29 June 1939. Gives conditions and contains certified copy of attestation with personal; details. Concludes with signatures, oath and certificate of a justice of the peace or attesting officer.