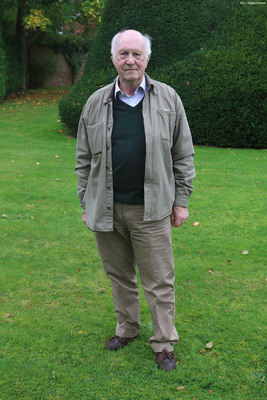 Howell grew up on the Glamorgan coast. After the university air squadron, he joined the RAF in April 1962, training on Provosts at RAF South Cerney. He then went to RAF Swinderby and flew the Vampire T11. He subsequently trained on Vulcans at 230 Operational Conversion Unit at RAF Finningley and the Bomber Command Development unit. He joined 50 Squadron at RAF Waddington. Howard flew Chipmunks at Central Flying School and worked as an instructor in several locations. After a refresher course, he returned to fly on Vulcans at RAF Scampton 35 Squadron as pilot leader and pilot instructor, training crews on terrain-following radar.

Howell discusses the change from Bomber Command to Strike Command, and feelings around the RAF giving up its nuclear strike capability to the navy. He examines the role of captaincy and piloting. Howell outlines how crews came together and describes target study. He also relates his experience of Quick Reaction Alert. Howell describes low level flying in North America and the United States and flying to Libya, Cyprus and Malta. He was trained to do air-to-air refuelling.

Howell enjoyed teaching people to fly and trained the first women at RAF Swinderby. He delineates the training he co-ordinated at RAF Bawtry and the RAF Staff College, Bracknell. His final posting was to RAF Support Command at Brampton. He was also involved in Royal Navy elementary flying training at RAF Topcliffe.