The collection has been donated to the IBCC Digital Archive by Henry Moss and catalogued by Nigel Huckins.

Seven aircrew and four groundcrew in front of a Lancaster 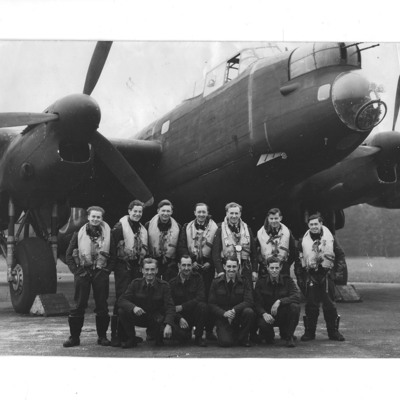 Seven aircrew all wearing Mae West standing in line. In front squatting down four airman wearing battledress. In the background a Lancaster. 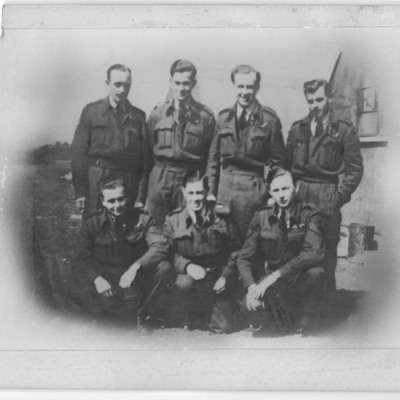 Seven airmen, four standing, three squatting down, all wearing battledress with brevets. In the background to the right part of a Nissen hut. 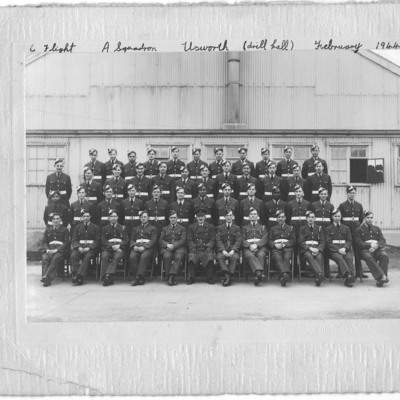 Forty five students and three staff sitting and standing in four rows. All are wearing tunics and students wear cadets side caps. In the background a corrugated iron building with windows. Captioned 'C Flight, A Squadron, Usworth (drill hall)… 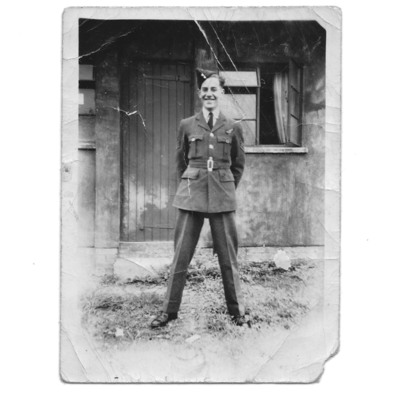 Full length portrait of an airman standing at ease wearing uniform tunic with half brevet and side cap, In the background a building with wooden door and open window. On the reverse 'To my darling Sonia with all my love and best wishes, xxxx, Henry'. 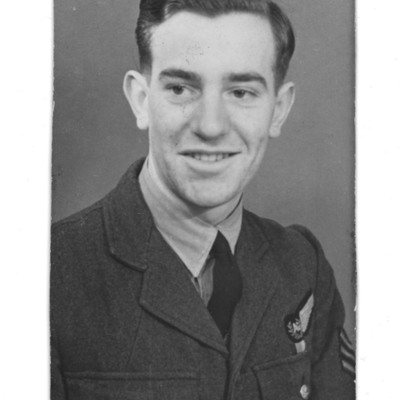 Head and shoulders portrait of an airman wearing uniform tunic with air gunner's brevet. on the reverse 'To my darling Sonia from your everloving sweetheart Henry'. 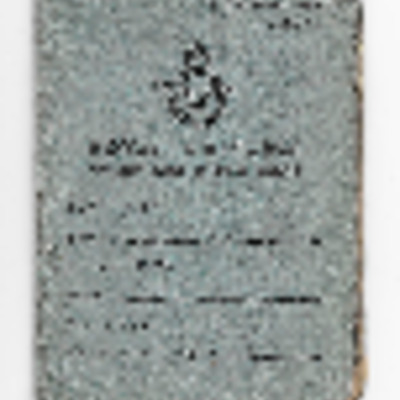 Made out for Flight Sergeant H Moss. last day of service 10 April 1946. Gives some personal details. Served from 22 October 1943. 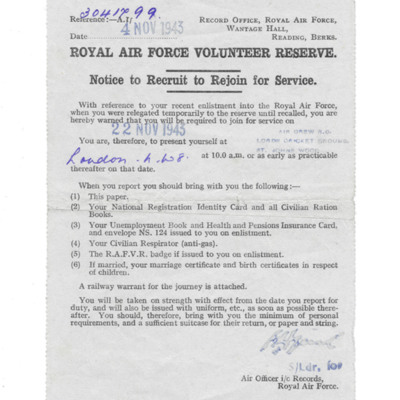 Made out for Henry Moss to present himself at Lord Crickets ground, St Johns Wood, London on 22 November 1943.

Notes on breaching up of Browning 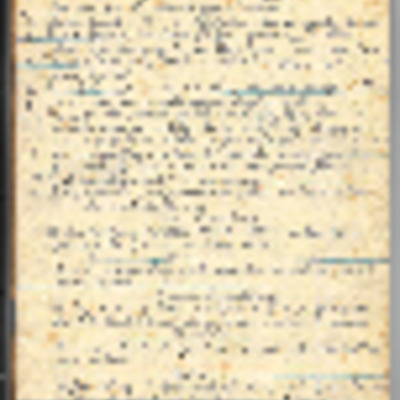 Detailed notes concerning stripping and servicing Browning gun. Including stripping down and care of barrels. Additional notes for Browning Mk 2. 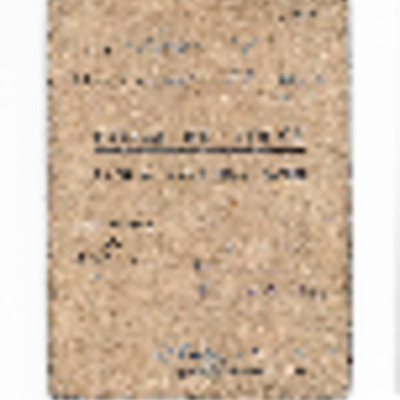 Booklet filled in with quantities of kit issued with dates in 1944. Issued at RAF Usworth. 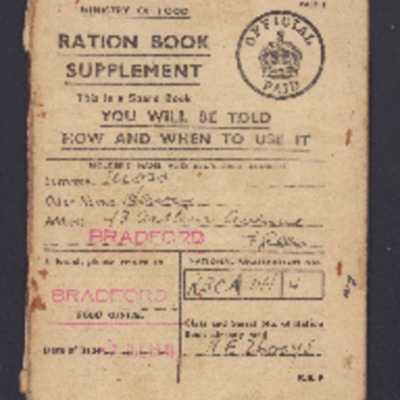 Pages with stamps and some months crossed off. 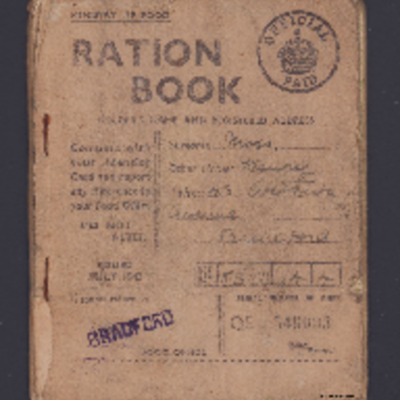 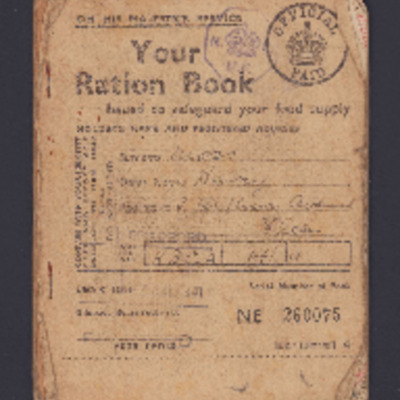 Ration booklet with instructions for use. Many stamps crossed off. 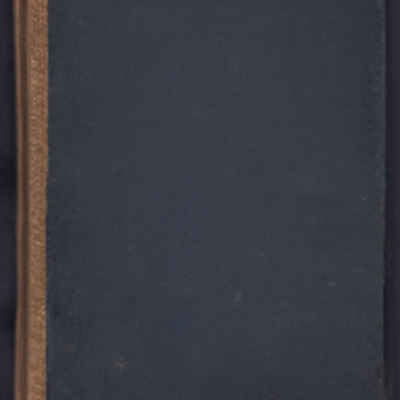 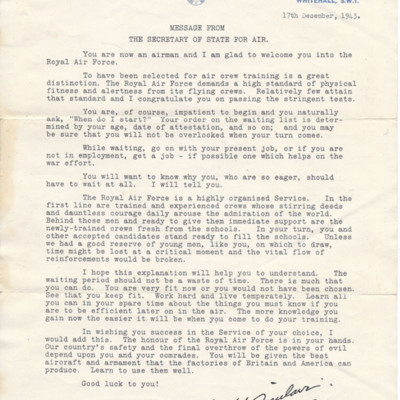 Writes welcoming him to RAF. States he has been selected for aircrew training. Continues with mention of waiting lists to start and a little about the RAF and why he would have to wait to start training. 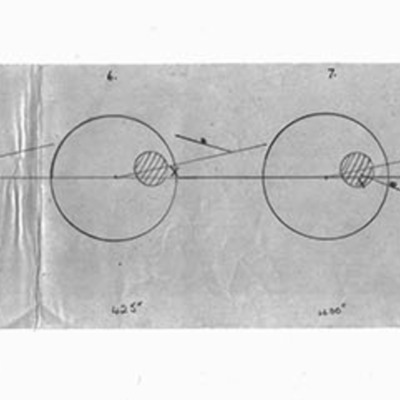 Two strips each showing twelve circles with fall of shot indicated in each. Details and comments on shooting handwritten on right hand end of strip. 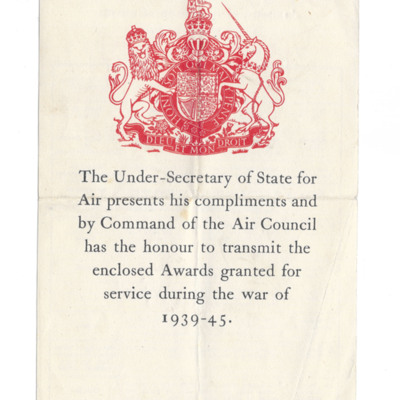 Sent by undersecretary of state for air and lists all stars, clasps and medals for 1939-45. None are marked with X. 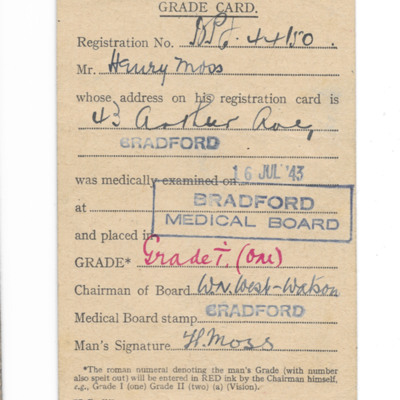 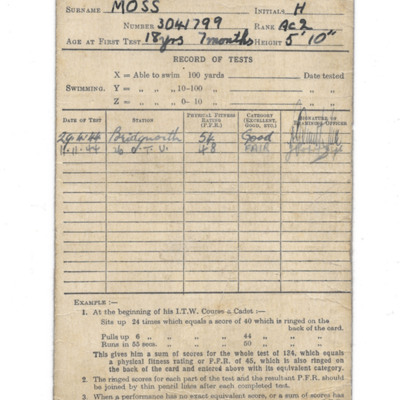 Henry grew up in Bradford and left school just before the outbreak of war. He had various jobs like working in the mill, a greengrocer’s shop, the dye works and then garment cutting for the army. At 17 and a half was called up in London where he…
View all 20 items