14 items. An oral history interview with Aircraftman Robert Holman (1925 3020209, Royal Air Force) official documents, a service history and photographs. After training as an engine fitter he served on HQ 5 Group servicing section as a mobile engineer carrying out major servicing at large number of 5 Group bomber stations. In 1945 he transferred to the Fleet Air Arm before demobilisation in 1946.

The collection has been loaned to the IBCC Digital Archive for digitisation by Robert Holman and catalogued by Nigel Huckins. 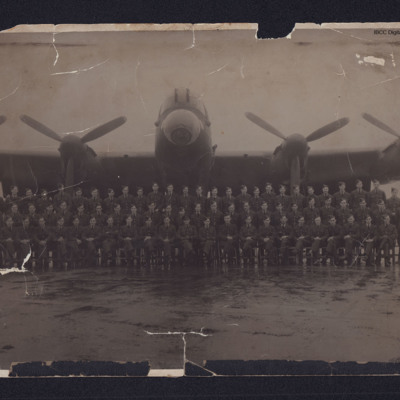 A large group of airmen sitting and standing in three rows in front of a Lancaster. All are wearing tunic and side cap. An officer in centre of front row is wearing peaked cap. On the reverse '5 Group Servicing Section taken at RAF Swinderby on…

Group of ATC cadets and officers in a doorway to library

Eight adults, three in civilian dress sitting in front of a large group of Air Training Corps cadets. Six more cadets in groups of three kneel either side of front row adults, In the background a doorway with large porch above which is a sign 'Branch… 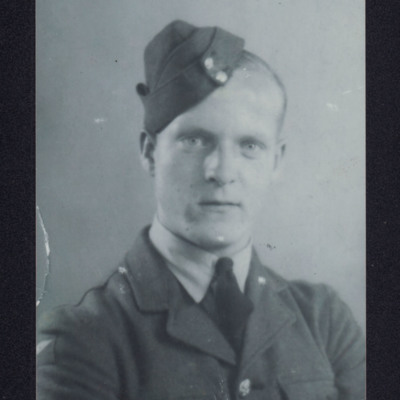 Head and shoulders portrait of an airman in tunic and side cap. 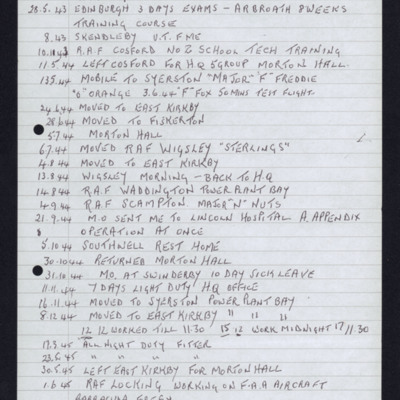 List of locations and jobs from 1941 ATC summer camp, and from joining Royal Air Force in May 1943 until demobilisation in March 1946. Includes transfer to Navy in June 1945, where he worked on Barracuda, Firefly and Oxford aircraft. 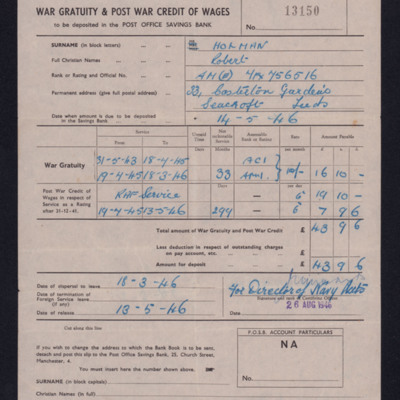 Personal details and dates of wartime and postwar service. Calculation of gratuity and wages amounting to £43 9s 6d (£43.47).

For use at HMS Godwit 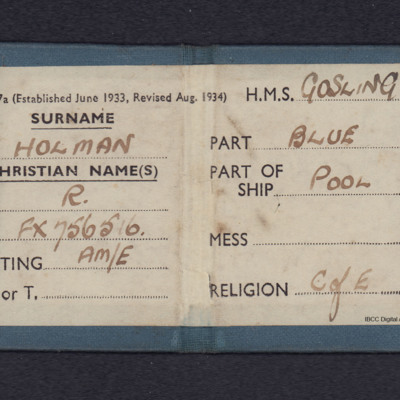 Pass for use at HMS Gosling 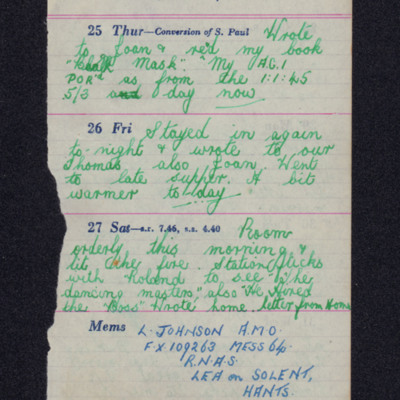 Daily activities from 25 January 1945 to 31 January 1945. Notes writing to family and friends, working and going out. 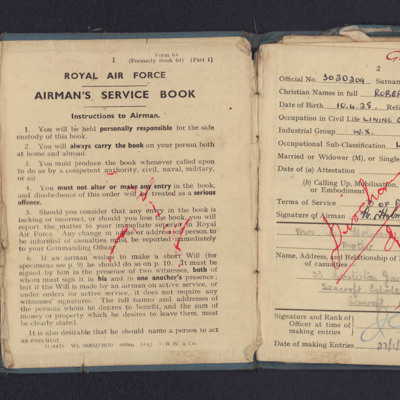 Service in Fleet Air Arm from 19 July 1945 to 13 May 1946. Dates of posting to Gosling and Godwit, as well as personal details and conduct. 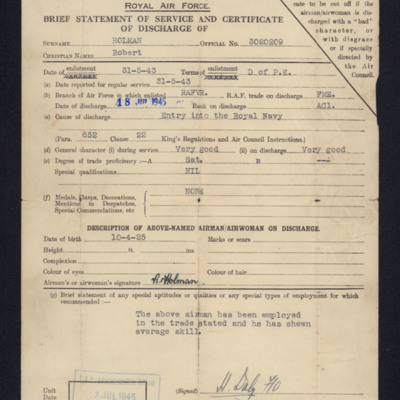 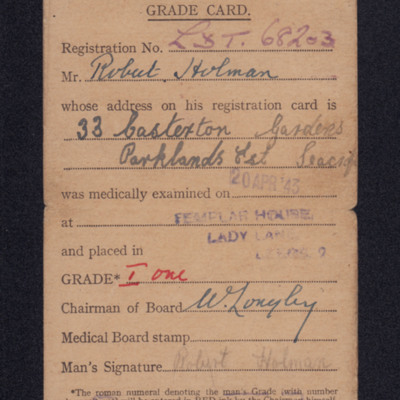 Gives personal details (home address and description) and grade '1 one'. 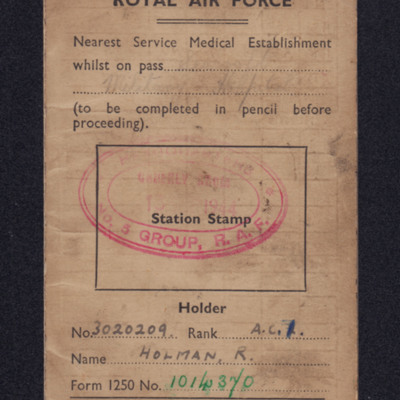 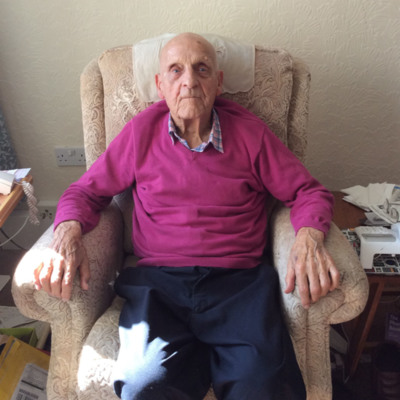 Robert Holman was born and brought up in Leeds. He joined the Air Training Corps, enjoying camps at RAF Pocklington. On leaving school at fourteen he went to work in the shoe industry. He then joined the Royal Air Force as an engineer on ground…
View all 14 items