Ten items. An oral history interview with Betty Hedges (b. 1926), a song sheet, diary, letters concerning civil defence, photographs and newspaper cutting. She grew up in south London during the war and relates experiences of being bombed and working as a civil defence messenger.

The collection has been donated to the IBCC Digital Archive by Betty Hedges and catalogued by Nigel Huckins.

Explains the acronyms HOLLAND and ITALY used in soldiers letter and that soldiers vie over invention of best catch phrases. 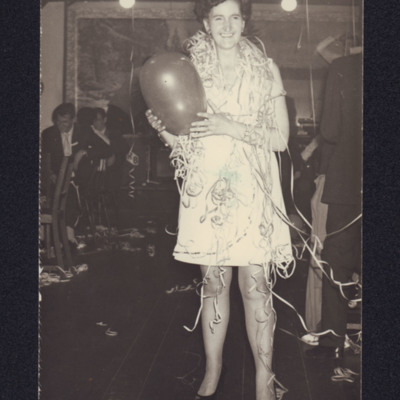 Full length portrait of a woman wearing a light dress holding a balloon and covered in streamers. In the background a painting on the wall and other people in suits. 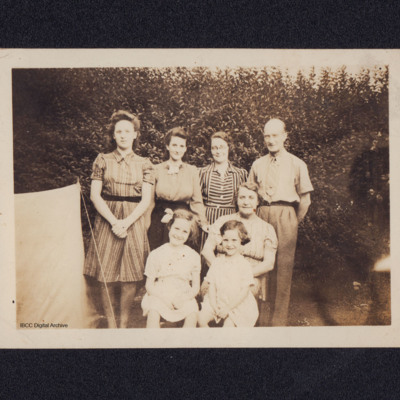 Five adults and two young girls pose alongside a tent with bushes in the background.

Woman in skirt and blouse 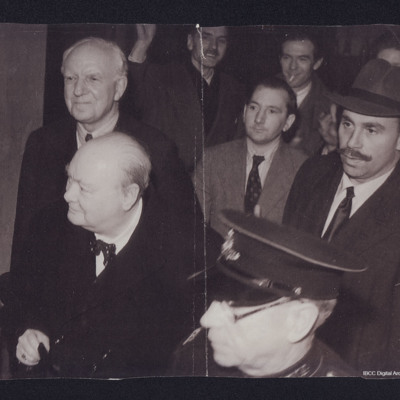 Winston Churchill with other men, one of them in uniform with a peaked cap. 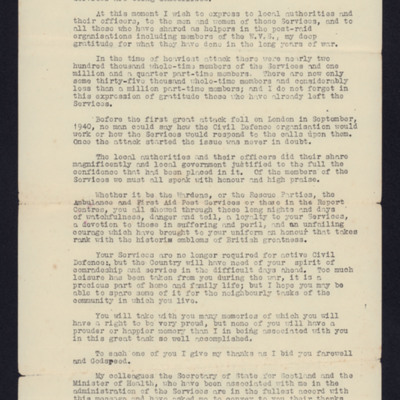 Letter to all members of civil defence messenger service 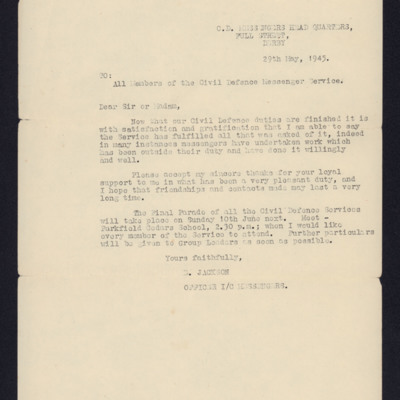 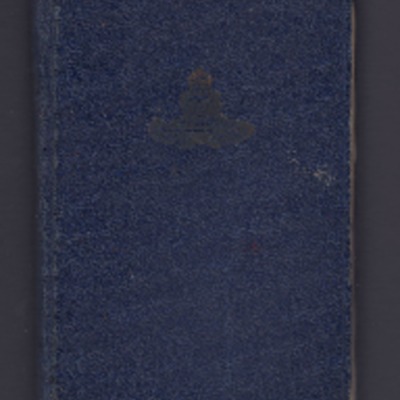 Mentions anniversary of death of Uncle George December 1942. Daily activities for January and some of February and sporadic entries after that. Writes of going to pictures and walks. Contains some telephone numbers and addresses of friends. 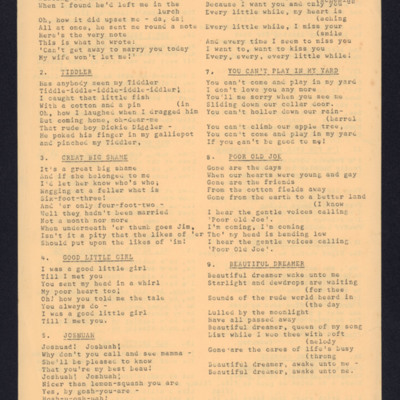 The lyrics to 27 war time songs

Betty Hedges grew up in South London in the final years before the war and she recalls a happy childhood. She describes a close family and community life where the children played unworried in the streets and she talks about the games they played and…
View all 10 items