The collection has been loaned to the IBCC Digital Archive for digitisation by Denise Clark and catalogued by Nigel Huckins. 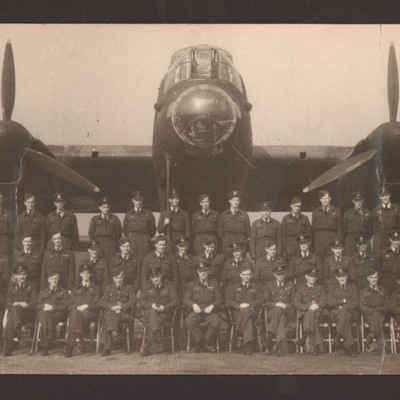 Squadron personnel in front of Lancaster 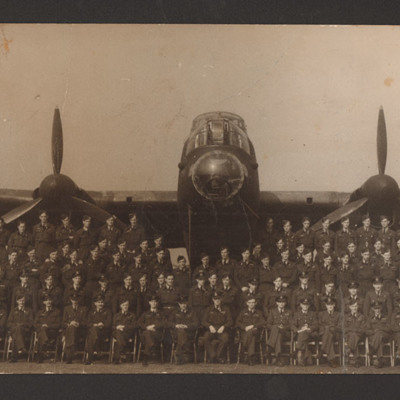 A large group pf personnel in five rows for formal squadron photograph in front of a Lancaster. 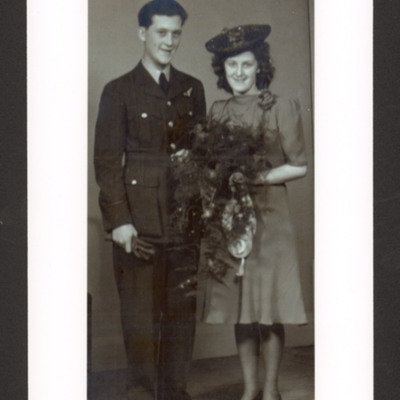 Full length portrait of a Pilot Officer wearing tunic with half brevet alongside a woman wearing dress a hat and holding wedding bouquet.

Reconnaissance photograph of a harbour area with sea at bottom and land at top. The land is covered in city buildings. there are piers on the shore top right and middle left. There are many ships, some of them identified as Anna Maria, Ariosto,…

Reconnaissance photograph with a shoreline running from bottom left to middle right with sea at top and land below. Buildings cover the land; military storehouses near Via Cannizzaro e Via Giuseppe Colombo are outlined in blue. Captioned 'M702…

Half length portrait of an airwoman wearing tunic, leaning on a chair back. On the reverse 'M31 Clark'.

Letter of sympathy from Buckingham Palace