Twelve items. An oral history interview with Flight Sergeant William Chubb (b. 1925, 1890485 Royal Air Force) his log book and photographs. He served as a flight engineer with 432 Squadron RCAF.

The collection has been loaned to the IBCC Digital Archive for digitisation by William Chubb and catalogued by Barry Hunter.

Bill Chubb and his future wife 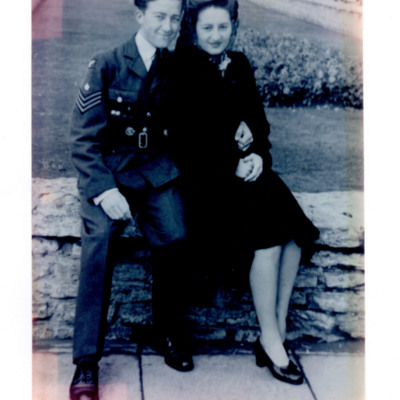 Bill in uniform sitting on a low stone wall with his future wife. 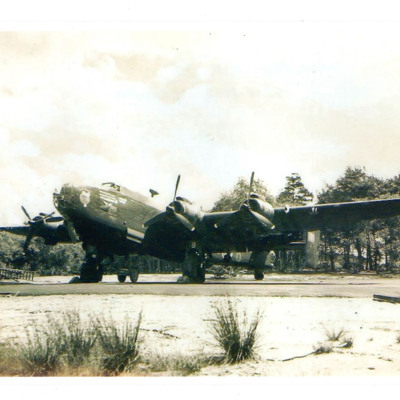 A port/front side view of a Halifax at RAF East Moor. 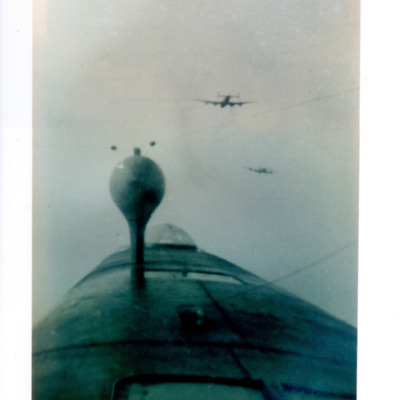 An air-to-air-view of two Halifaxes seen from a third. The view from the upper turret. 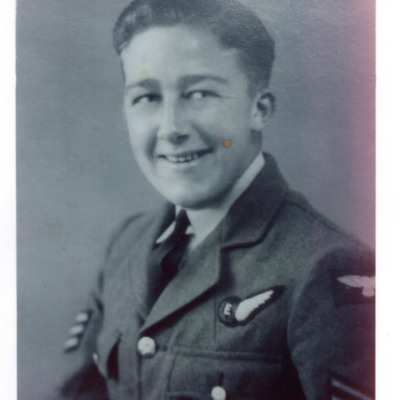 A half-length portrait of Bill Chubb with Flight Engineer's brevet. 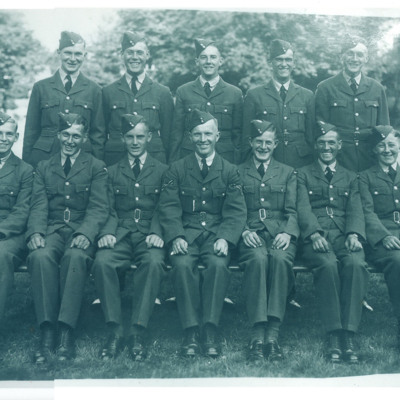 12 airmen arranged in two rows. Bill is front row, extreme right and is identified with a small arrow and 'Me B.C.'

Bill Chubb and his crew 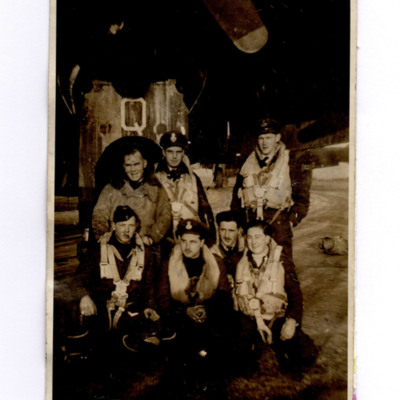 A group of seven airmen in flying kit, arranged in front of a Halifax 'Q'. 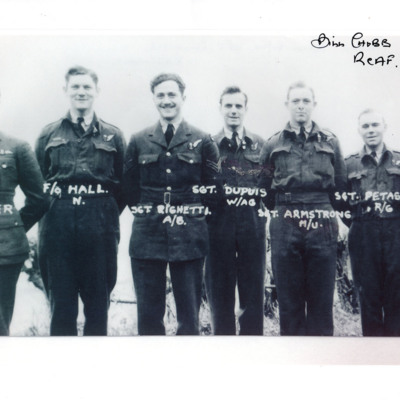 Seven airmen in a row. Each airman has been annotated with their role on the aircraft. At the top is annotated 'Bill Chubb 432 Sqdn RCAF.' 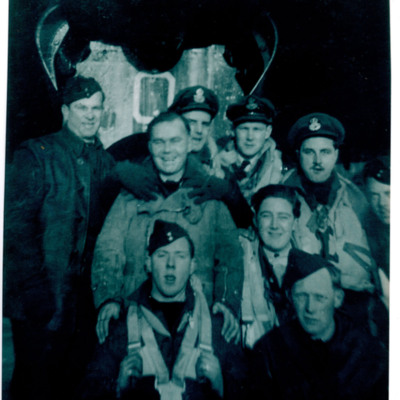 Nine airmen grouped in front of a Halifax 'Q'. A mixture of aircrew in flying kit and ground crew. 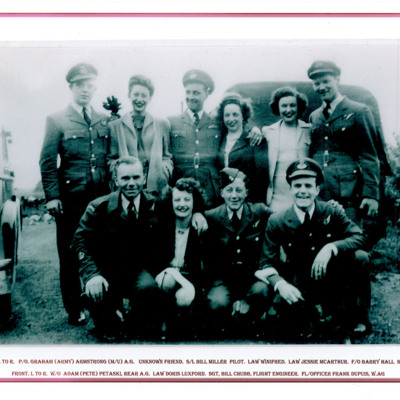 Bill Chubb, his crew and four women. The airmen are in uniform and the women are in civilian clothes. The image has a caption with the names and trade of each airmen. 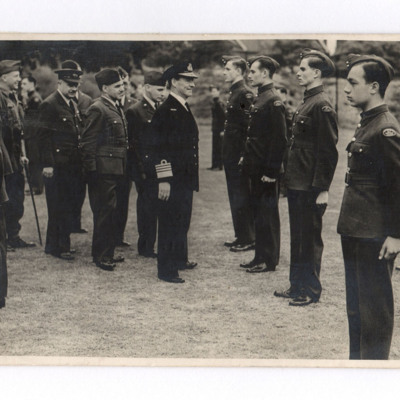 A group of cadets being inspected by a naval officer. Information supplied with the collection records '21F Sqn ATC inspection by Adm Evans'.

Bill Chubb had several challenges in his early life and his father died when Bill was 12. After several jobs he joined the RAF as a flight engineer. He became part of a Canadian crew, despite some objection! Bill tells many tales of his RAF time,…
View all 12 items